2014 has certainly been a very busy year in travel.I racked up thousands of air miles, and hundreds of miles on the road and on the rails.

At the end of 2013, I was looking for a way to celebrate the New Year, so I reached out to a couple of friends to see what their plans were. One of my friends informed me that she would be traveling throughout Central and South America, and planned to be in Nicaragua for New Year’s Eve, so I decided to tag along with her for about a week in beautiful Leon, Nicaragua.

I really enjoyed my time in Leon and I went hitchhiking for the first time, spent a couple of days on the beach, and climbed Telica Volcano to ring in the New Year.

Visiting El Salvador happened absolutely by accident, but I am sure glad that it did.

For a little less than 24 hours, I toured San Salvador and some of the surrounding towns. I hired a driver and he took me to the top of a mountain called El Puerto del Diablo (The Devil’s Door), where I was able to overlook San Salvador from a distance. He also took me to a small fair where I was able to watch churros being made and I discovered some rich Salvadorian food and culture.

One important thing that I learned was that despite travel warnings and horror stories that I had heard in the past, traveling around in San Salvador is actually quite safe. I definitely want to return in the future to see more of what El Salvador has to offer. 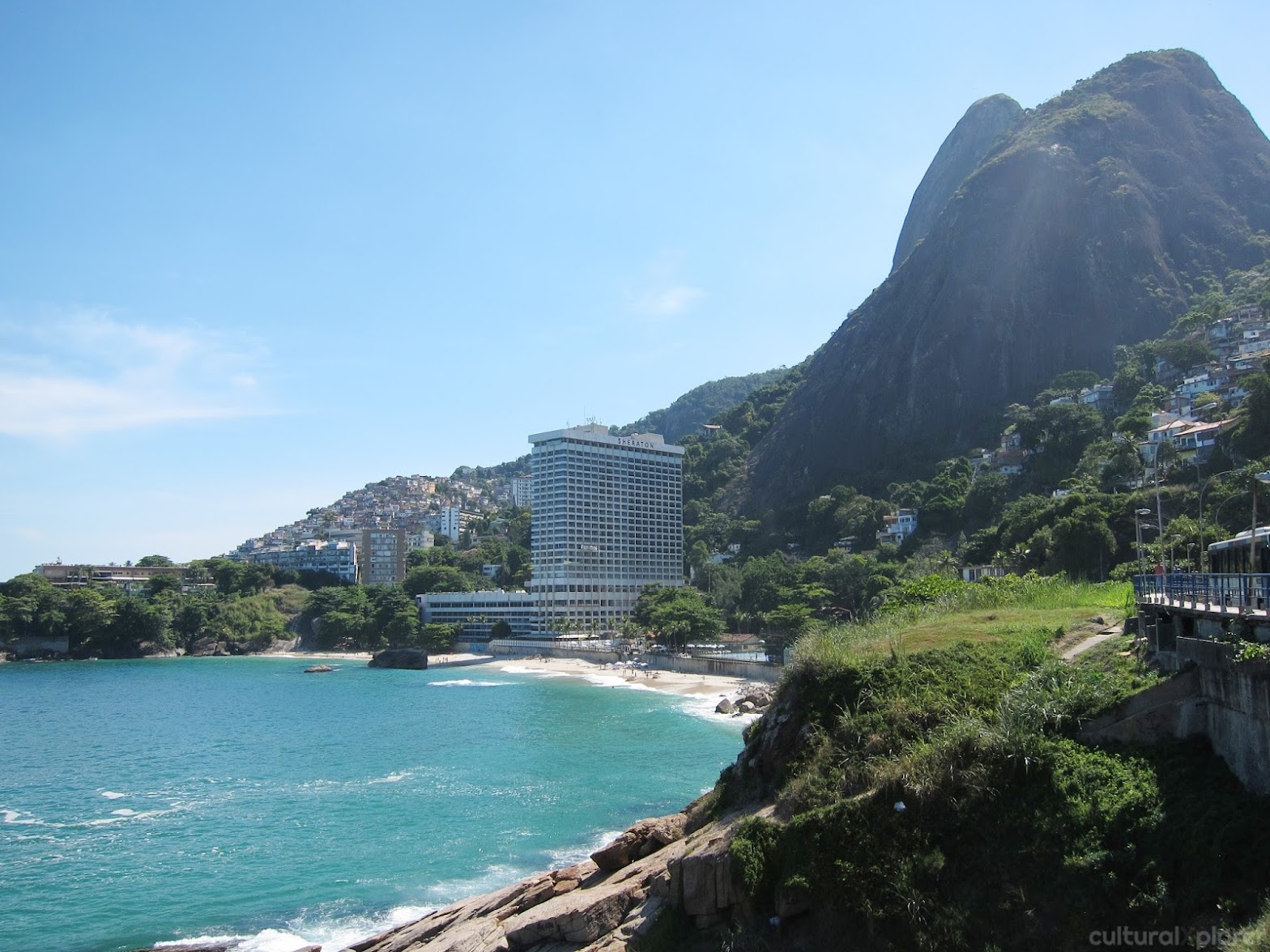 In March I headed down to South America for the very first time to the beautiful city of Rio de Janeiro, Brazil.

I loved everything about being in Rio from staying in Vidigal favela, to seeing some of the best views that Rio has to offer from the top of Dois Irmaos, to exploring the street art scene, to learning how to make caipirinhas, to learning to Samba dance.

Visiting Rio de Janeiro is certainly an experience I will never forget. I look forward to visiting Brazil again soon in the upcoming years!

In April I went back to visit South Korea, a place where I spent two years of my life (2010-2012) teaching English in Korean public schools.

I spent a little over a week catching up with old friends and co-workers in my old city of Cheongju, seeing some friends in Daegu in the southern part of the country, and reliving some great moments in Seoul, the capital of Korea.

Outside of seeing some familiar faces and meeting some new ones, I really enjoyed eating Korean street food again, trying new restaurants in Seoul, eating live octopus in Noryangjin Market, exploring some non-traditional places, and also finally getting around to visiting Bukchon Hanok Village, a traditional Korean village inside of Seoul.

In June I found myself back in the Windy City of Chicago, Illinois. I was happy to finally be visiting during a warm month, since the two times that I visited in the past were both during the very chilly winter.

I spent the first couple of days in the city attending BlogHouse, where I learned things I could do to improve this blog and I had the opportunity to meet and network with some really awesome travel bloggers.

After BlogHouse concluded, I caught up with some old friends that I had not seen in a while, ate a lot of delicious food, checked out both the street art and architecture scenes, and took a massive number of photographs at The Bean.

I decided to head back to Europe this year after falling in love with the continent when I visited Spain, France, and England last summer.

Since Europe is so large and there is so much to see, I wanted to make sure that I visited different countries during this trip, so I chose seven new ones: Belgium, The Netherlands, Germany, Czech Republic, Austria, Greece, and Italy.

The first stop on my 2014 Euro-Trip included a short 10-hour layover in Brussels.

While I can’t say that I fell in love with Brussels, I can say that I accomplished my goal of seeing a majority of the things that I had planned to see in a very short time frame. Some of the highlights included: seeing the miniature Manneken-Pis, eating Belgian chocolate, drinking at a bar that was in the Guinness Book of World Records, and checking out Brussel’s street art scene.

Amsterdam is officially on the list of my favorite places in the world. I loved everything about the city from how friendly the people were, to the beauty of the canals that traverse the city, to the extremely liberal mindset of the people that live there.

In Amsterdam, I was able to successfully ride a bike around the city without getting hit by a car, eat an insane amount of cheese, check out the amazing street art scene, eat some cool Dutch foods, and see a windmill up-close! Unfortunately I did not get to dance around in clogs as I had planned, see the Anne Frank Museum, or scout out the sites from the movie The Fault in Our Stars, but that only means that I have to plan a trip back in the near future to do all of those things and more!

Prague is one of those places that you either fall in love with, or you don’t.

It turns out I am in the small majority of people that did not fall in love with the city. While I did find it to be charming, I just did find myself making a deep connection with it.

Regardless of my lack of love for the city, I did happen to fall in love with the food during a food tour that I took with the company Eating Prague. I also fell madly in love with the very inexpensive Czech beers, and I ended up taking a beer tour where I learned one of the only Czech words that I can remember ‘Pivo’ (beer).

After leaving Prague, I headed to Munich. I fell in love with the small Bavarian city and I felt that if I were to ever become an expatriate again, Munich would be a great place to start and raise a family.

I was able to do some really cool things while I was in Munich such as take a bus tour of the city with Grayline Sightseeing, participate in a live-exit game, dance the night away during Tanzboden at the Hofbrauhaus, embrace the beer culture that Munich is known for, and visit some beautiful museums, castles, and palaces. I also had a life-changing history lesson about Nazi Germany when I visited Dachau, Germany’s first concentration camp.

In Austria, I visited the cities of Salzburg and Vienna.

I found Salzburg to be a lovely little city, and even though I only had a couple of days there, I was able to squeeze in a lot. I got cultured by attending a Mozart dinner concert at St. Peter Monastery and I had the opportunity to watch marionettes perform at one of the world’s last remaining marionette theaters. I also got to relive my childhood memories of the Sound of Music on the Sound of Music Tour.

In Vienna I felt quite ill for a couple of days, so I ended up spending a lot of time in my hotel and then in my lovely little hostel. When I felt a little bit better, I tried to squeeze in as much as I could within the couple of days that I had remaining, so I took a trip to a castle on the outskirts of the city, caught a lovely summer outdoor concert, delved into both the cafe and heuriger cultures of Vienna, visited Belvedere palace, and checked out a couple of museums.

Visiting Greece was everything I imagined it would be, and then some more.

I started off my trip on the amazing island of Santorini, where I watched some beautiful sunsets, ate some delicious food, and traveled around to the numerous beaches on the island.

I then headed to Athens, the capital of the country, where I took a walking tour to discover the city. I also had custom Greek sandals made and ate more delicious Greek food.

I concluded my 2014 Euro-trip with a two-week trip around Italy.

I started in the capital city of Rome where I visited some historical sites such as the Roman Colosseum, and I ate a lot of delicious Italian foods, despite visiting during Ferragosto.

I then made my way up to the gorgeous city of Florence, where I ate gelato everyday, drank delicious wines with every meal, rode a vespa through the Tuscan countryside, and fell in love with the city.

After leaving Florence, I traveled west to the city of Pisa, where I was curious to discover what the city had to offer besides the Leaning Tower. As I usually do, I ended up discovering the culinary scene in the city and spending my evenings walking around the area surrounding the Arno River.

When my two days in Pisa came to an end, I made my way up to the Cinque Terre region. I stayed on a beautiful eco-friendly resort and visited the seaside towns of Bonassola, Riomaggiore, and Manarola.

My Italian escapade concluded in the city of Milan. I grew tired of the city quickly and ended up taking a day-trip to Verona, where I learned more about the place where the star-crossed lovers Romeo and Juliet met their fate.

In the fall, I decided to stay local in the New York City area, and do some more writing about the place that I call home. I was able to visit a number of different places and truly enjoyed getting to know my local area a little bit better.

I finally got around to visiting vineyards on Long Island, something that I had been wanting to do for a very long time. I also traveled over to Brooklyn, where I visited an urban winery.

My food explorations took me to Magnolia Bakery, where I learned how to properly frost their famous cupcakes with Austrian blogger Creative Lena. I also got to taste a slice of Italy on Arthur Ave. during Ferragosto, visit the bi-annual Madison Square Eats pop-up food festival, and check out some of New York’s newest food markets: Hudson Eats at Brookfield Place and Gansevoort Market.

Finally, I took the popular Sex and the City bus tour around Manhattan, saw some street art in Bushwick.

2015 is looking like it will also be an exciting year of travel as I return to some countries that I traveled to in the past couple of years, visit some new ones, and finally touch down on my fifth continent!