It is no secret that I am a huge fan of Asian cuisine.

Some of the best experiences that I have had in my life have occurred when eating Asian food, like that time that I learned how to make sushi in Tokyo or that time that I traveled to Jersey City to explore the Filipino food scene.

In 2010, I made a trek to China, followed by Hong Kong in 2011, and Taiwan in 2012, however after visiting all of these areas, I did not become very familiar Chinese foods. Last year, Agness from eTramping wrote a nice guest post on breakfast foods in China which helped to familiarize me a little bit with some of China’s most well-known dishes, however I yearned to learn more.

Accompanied by my friend and professional chef Shaquay, we made the journey out to the neighborhood of Flushing, Queens, one of the largest Chinese communities outside of Asia boasting over 30,000 Chinese residents. We were on the hunt for authentic Chinese cuisine, and armed with a list of places to check out in Flushing, we headed to the neighborhood to taste all that it had to offer. 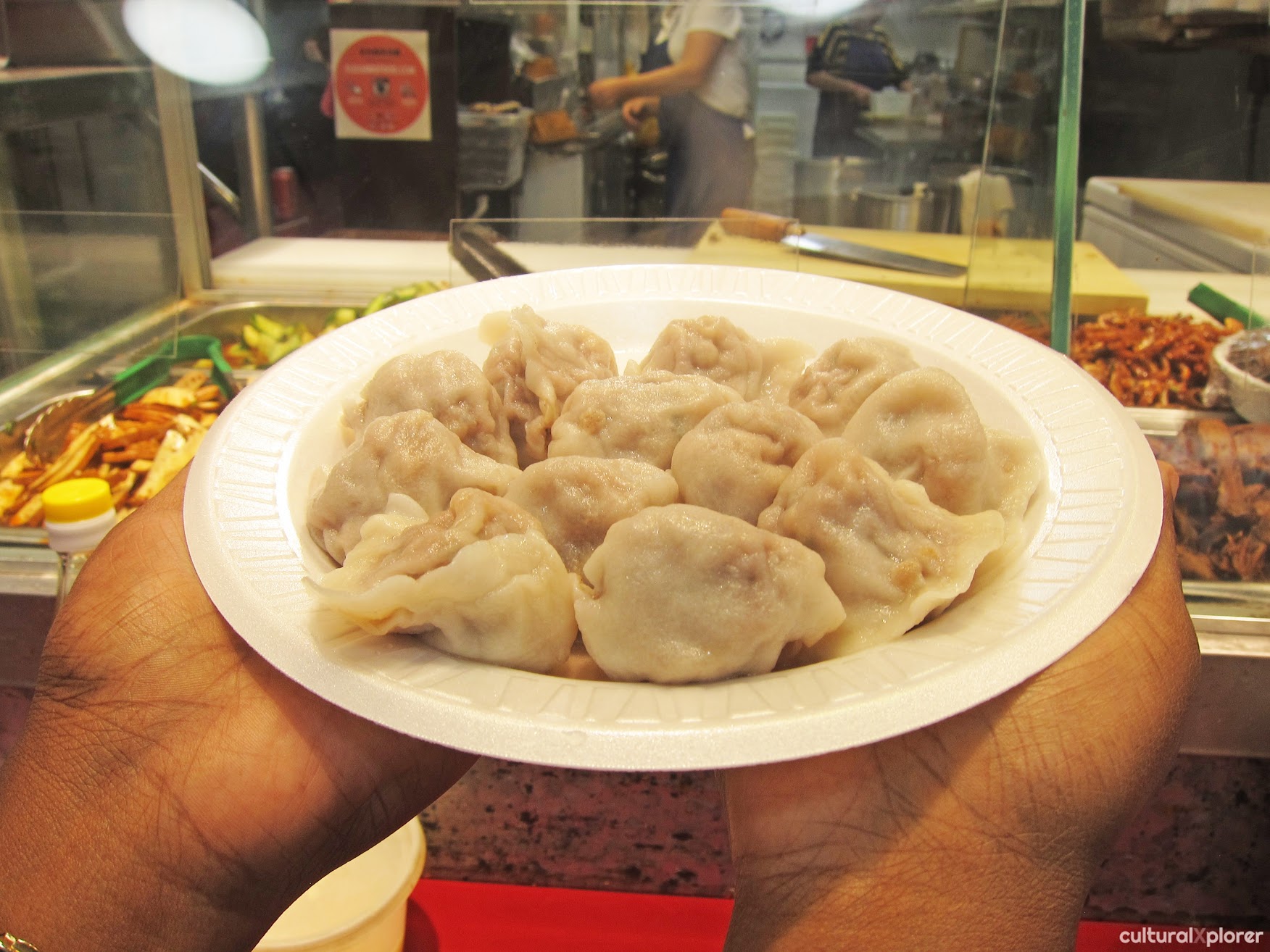 Flushing has a lot of dumplings, but none can compare to the amazing Lamb and Green Squash Dumplings at Tianjin Dumpling House; in fact they are SO delicious that one of my favorite food sites (Eater NY) dedicated an entire post to these bad boys.

Tianjin’s delicate handmade dumplings are filled with both traditional and non-traditional ingredients, such as pumpkin, lamb, and sea bass, all of which are known to permeate taste buds, and at $6 for a plate of 12 dumplings, you certainly cannot go wrong. Pro Tip: Make sure to dip your dumplings in their chili hot sauce for a spicy kick.

To understand dumplings a little bit better and to learn about all of the different styles of Chinese dumplings that are in existence, check out this great article by Lucky Peach. 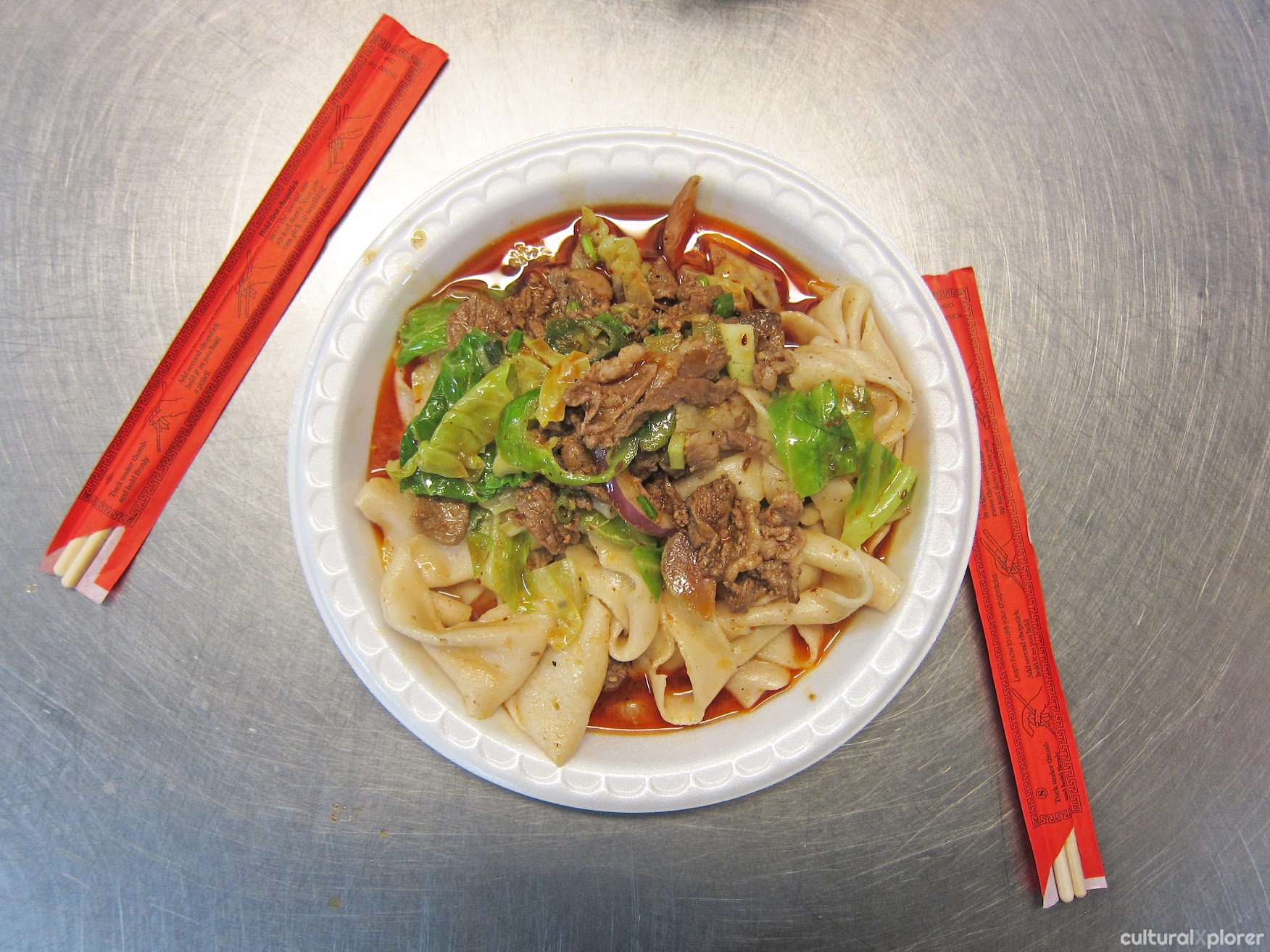 Xi’an Famous Foods is probably one of the most well-known restaurants on this list. With a total of ten locations across New York City, the restaurant chain was inspired by foods in the Xi’an region in Northern China, which blends the powerful and aromatic flavors of both China and the Middle East.

I have two dishes that are my go-to food options whenever I visit one of the Xi’an Famous Food locations: their Spicy Cumin Lamb Burger (which Anthony Bourdain happily exclaimed after trying one “I’ve never had anything like this before!” ) and their Spicy Cumin Lamb Hand-Ripped Noodles. Both the spicy noodles and the lamb burger are always fresh, delicious, and perfectly seasoned – and I definitely see myself being a patron of theirs for a long time.

To learn more about Xi’an cuisine, check out this article from Eater. 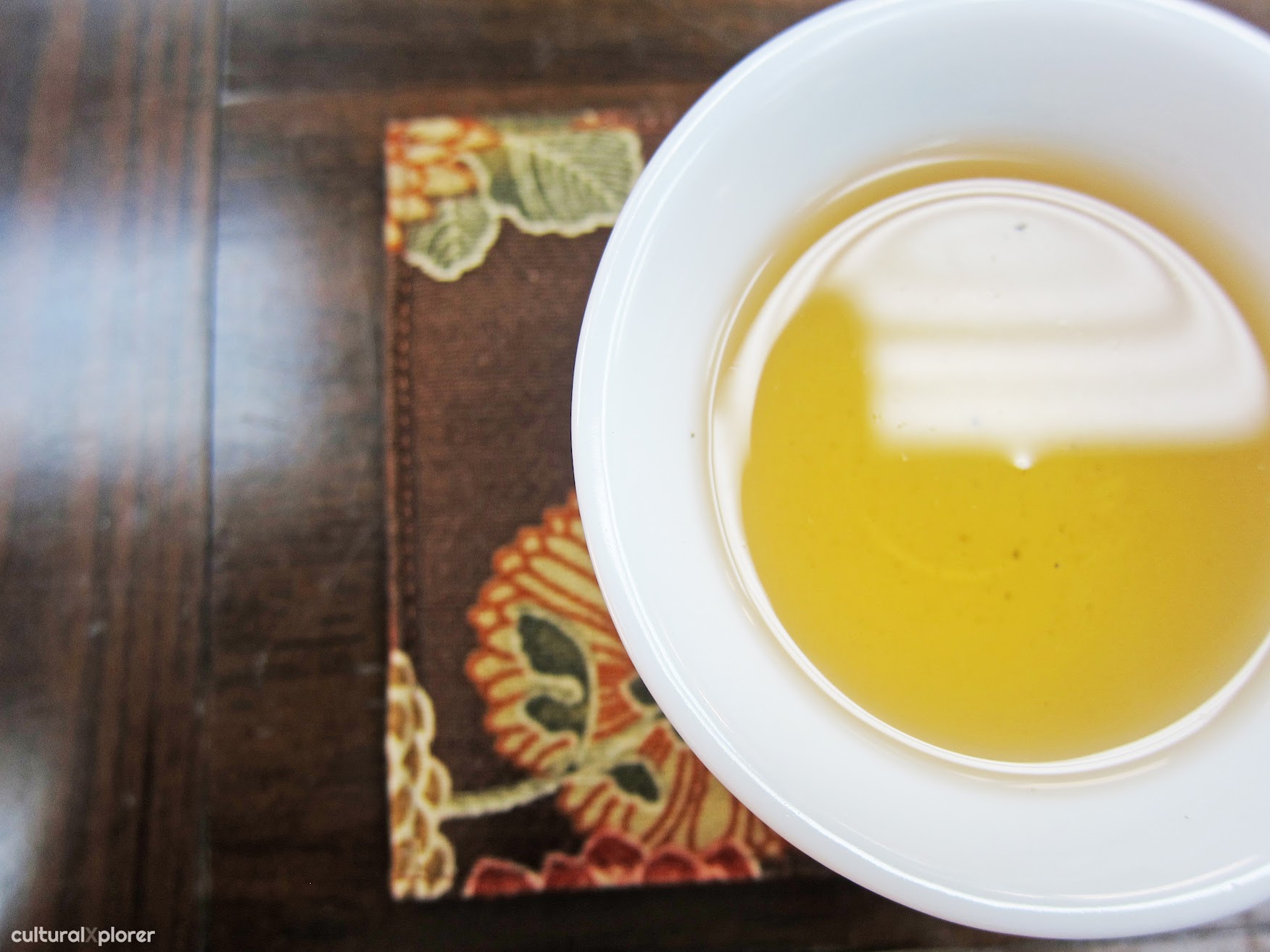 During a day full of popping in and out of restaurants in Flushing, it was nice to sit down and relax over a traditional tea ceremony at Fang Gourmet Tea, a 12-year-old high-end gourmet tea shop.

After arriving and selecting the two different teas that we wanted to try, Shaquay and I were seated at a small table and we went through the process of the tea ceremony, which included five rounds of tea tasting per flavor.

Even though Fang Gourmet Teas sells high-end qualities of tea, their tastings are very inexpensive and prices start at $5 per person for one tasting. 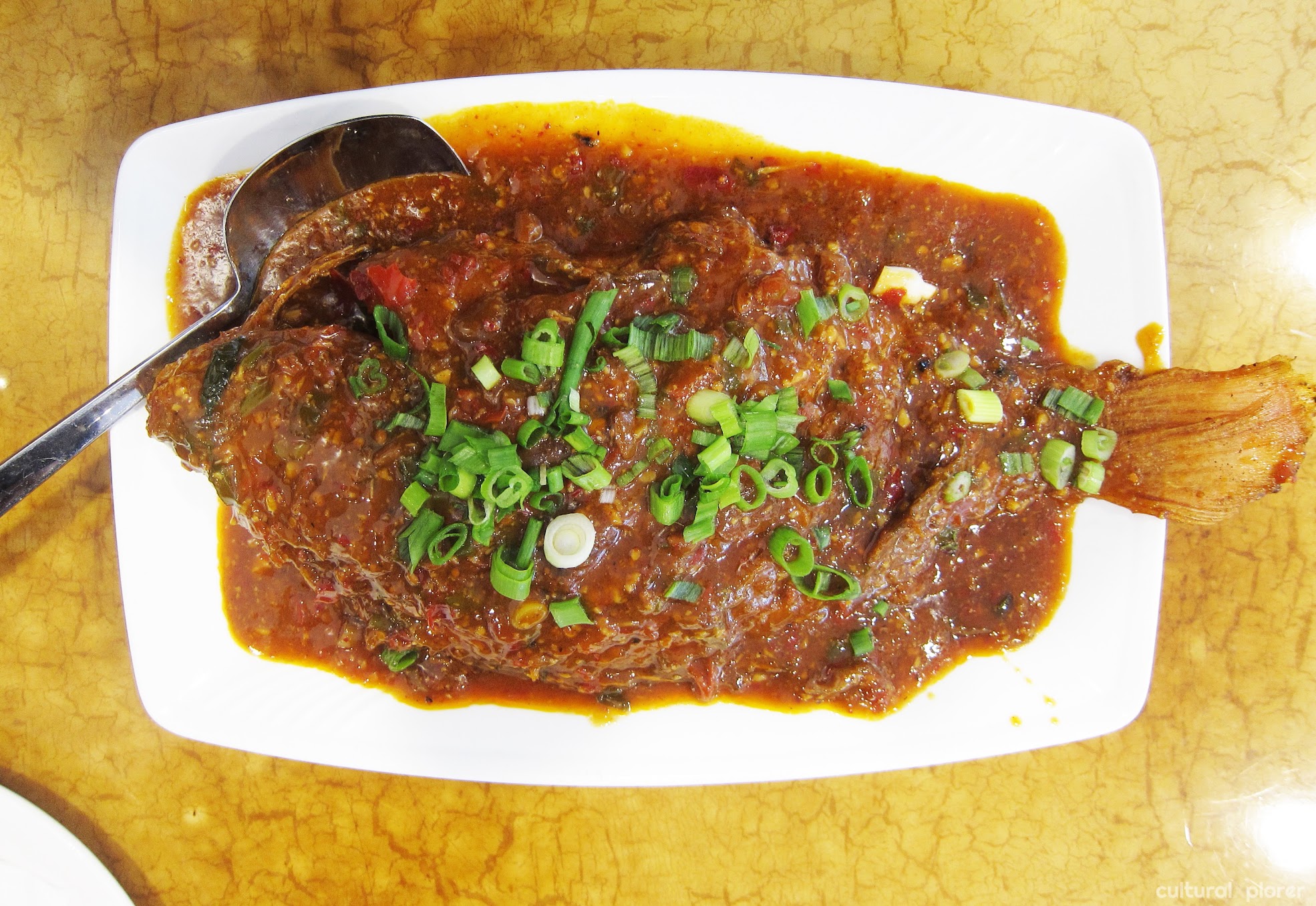 After settling our stomachs with several cups of hot tea, we made our way over to Fu Run Restaurant, a restaurant that serves cuisine from the Dongbei region of northern China.

Many locals and visitors alike flock to the restaurant for their famous Muslim Lamb Chop, however after eating so many lamb dishes for the day, Shaquay and I decided to try a different dish, so we opted for the Fried Fish in Hot Bean Pasta, a full flounder slathered in hot bean pasta sauce and decorated with scallions.

While the fish itself was one of the most tender fish I have ever eaten, I personally thought a flavor was missing that I could not quite put my finger on.

To learn more about Dongbei food, check out this informative article by Serious Eats. 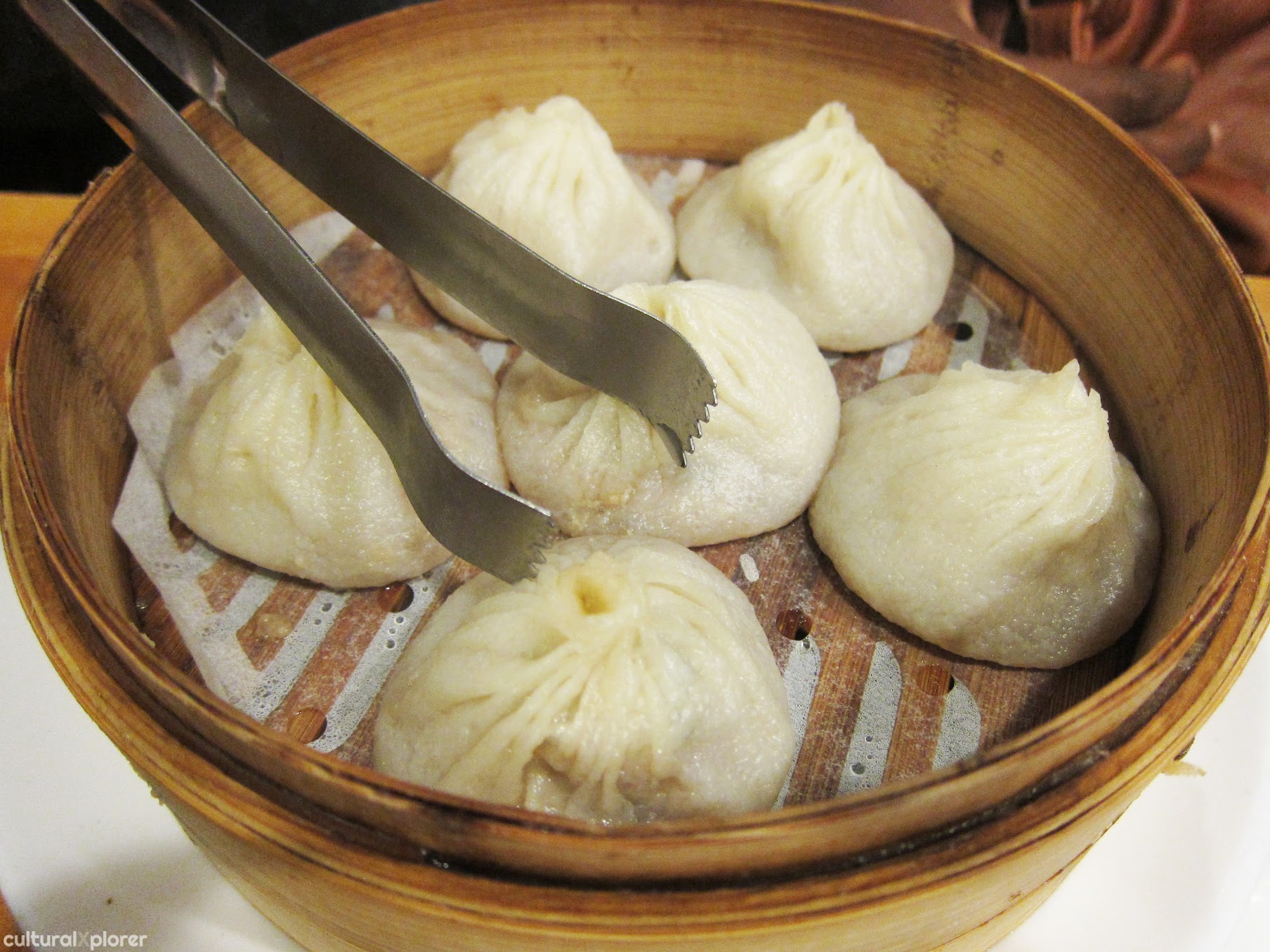 Nan Xiang Xiao Long Bao, a restaurant with Shanghai style cuisine, is known for having the city’s best pork soup dumplings (xiao long bao – 小籠包) and it is also known for constantly having lines out of the door, which was the case when Shaquay and I arrived to the restaurant.

I was really excited to try Nan Xiang’s steamed vegetable dumplings, but they were sold out by the time I arrived, so I ended up ordering the Scallion Pancake with Sliced Beef (which honestly did not photograph well or taste very good). Shaquay ordered the light and juicy Xiao Long Bao

Are you curious about how to eat Xiao Long Bao without burning the insides of your mouth? Check out this great guide by Boston Magazine. 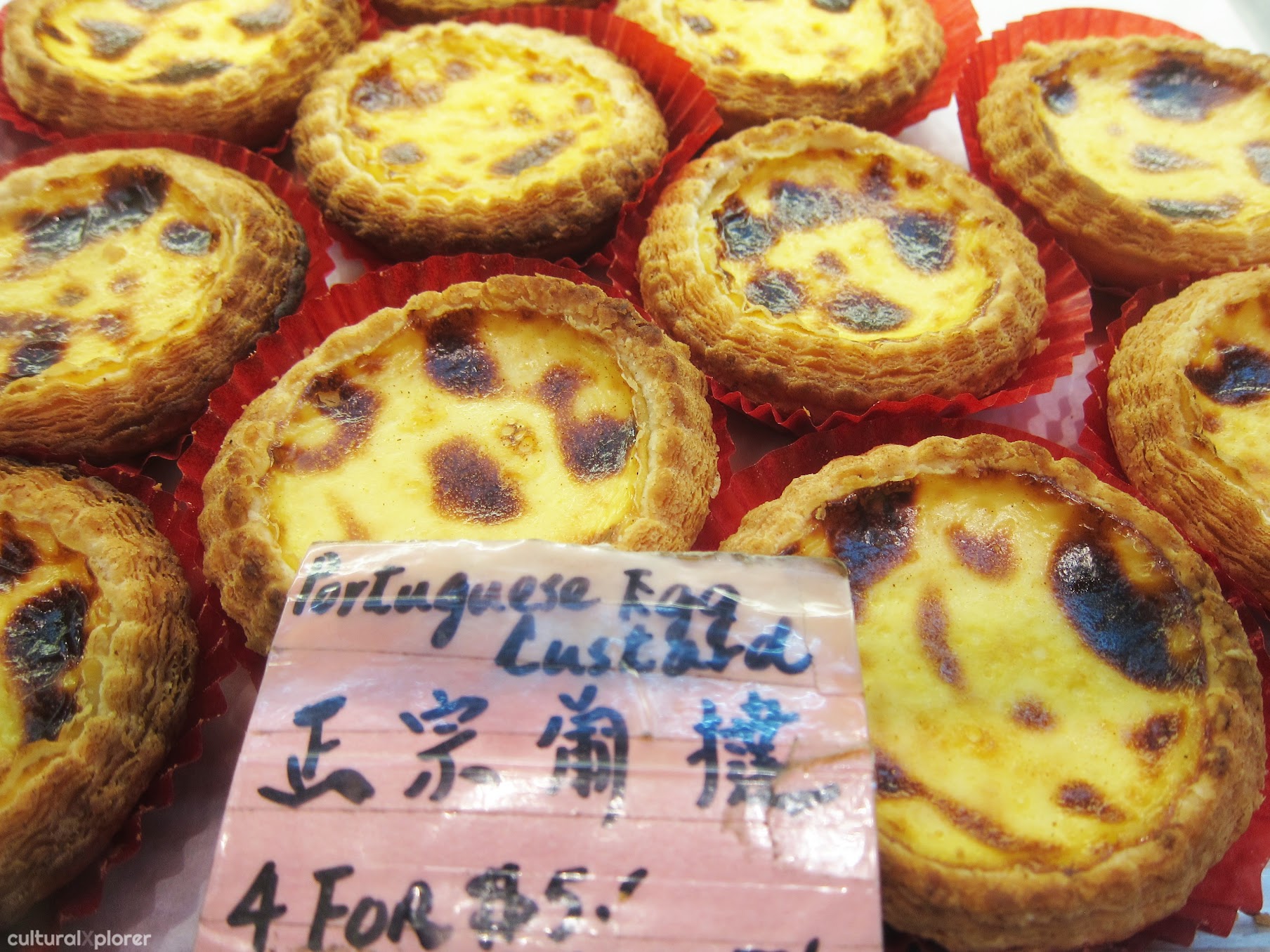 The New Flushing bakery is well-known in the Chinese section of Flushing for their Portuguese Egg Custard. You might be wondering why Portuguese egg custards are on the list of Chinese foods – well, these delicious little treats made their way to Hong Kong from nearby Macau, a Portuguese colony, and ever since, they people of Hong Kong have taken the dessert and made it their own by modifying the ingredients and creating new and interesting flavors.

I decided to order the traditional Portuguese Egg Custard while Shaquay chose the Coconut Custard. While I enjoyed my custard which was light, buttery, and flaky, I loved the coconut custard that Shaquay ordered even more than my own. 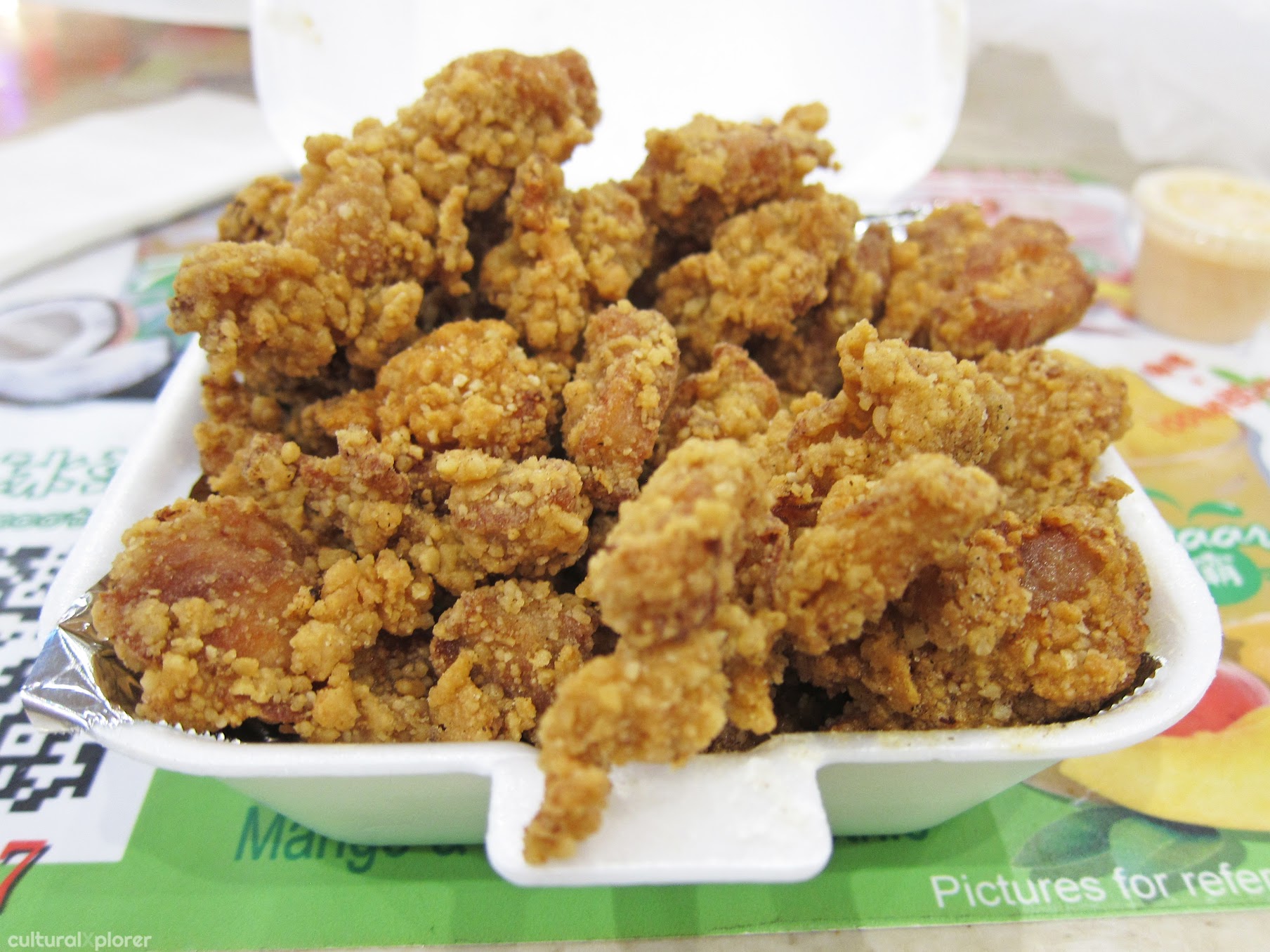 The last stop that we made on our journey around Flushing was to the food court in the New World Mall, home to over 30 Asian vendors. With so many options, I felt a little bit overwhelmed as I wanted to make my last meal of the day a good one.

Turning to the interwebs, I came across Xiao Yuan Huan, an authentic Taiwanese snack restaurant that is known for having some delicious fried chicken (and we all know how much I love fried chicken). Xiao Yuan Huan did not let me down, not only was their chicken fried to a crispy perfection, but the seasoning took my breath away.

Our adventure exploring Chinese food in Flushing was amazing. Have you ever been? What restaurants would you recommend?