Parts Unknown: Behind the Scenes of the Roman Colosseum

Did you know that the Colosseum is the most famous attraction in all of Rome, with nearly 5 million people visiting every year?

During my trip to Rome on my 2014 Euro-Trip, I got a chance to go behind the scenes of the Roman Colosseum and had the chance to areas that were off-limits to the average visitor with the company Walks of Italy.

Dressed to Kill: A Brief History of the Colosseum

Built on the outskirts of Rome in A.D.70-72 by Emperor Vespasian of the Flavian dynasty, the Colosseum (formerly known as the Flavian Amphitheater) was originally constructed as a gift to the Roman people.

The amphitheater was built for citizens of Rome to gather and watch brutal and fierce gladiator games. In the four centuries that the amphitheater was actively used, thousands of men and animals fought for their lives, while eager onlookers cheered.

Today, the Colosseum is a symbol of the former power of the Roman empire as well as a place that is remembered for being the site where many lives were lost.

A Behind the Scenes Look at the Colosseum

Once we had our tickets scanned, my group was led away from the general visitors and into a roped off area manned by a security guard standing in front of a large gate. Our group was then led through the gate before it was closed and locked behind us.

We were told a little more about the history of the Colosseum before we were led through an open doorway and onto the stage of the Colosseum overlooking the arena. It was an amazing experience standing on the stage with a small handful of people looking out at an ancient masterpiece.

After departing from the stage, we went downstairs to the basement of the Colosseum, a place that is strictly off limits to those who are not on a behind the scenes tour.

The chambers and tunnels in the basement of the Colosseum were created to hold the wild beasts and gladiators before they fought to the death. When it was time for the show to begin, the victims were led out into the mazes of the Colosseum floor where the battle for their lives begun.

While thinking about what happened down in those mazes made me shutter a little bit, it was still quite interesting to see in person. 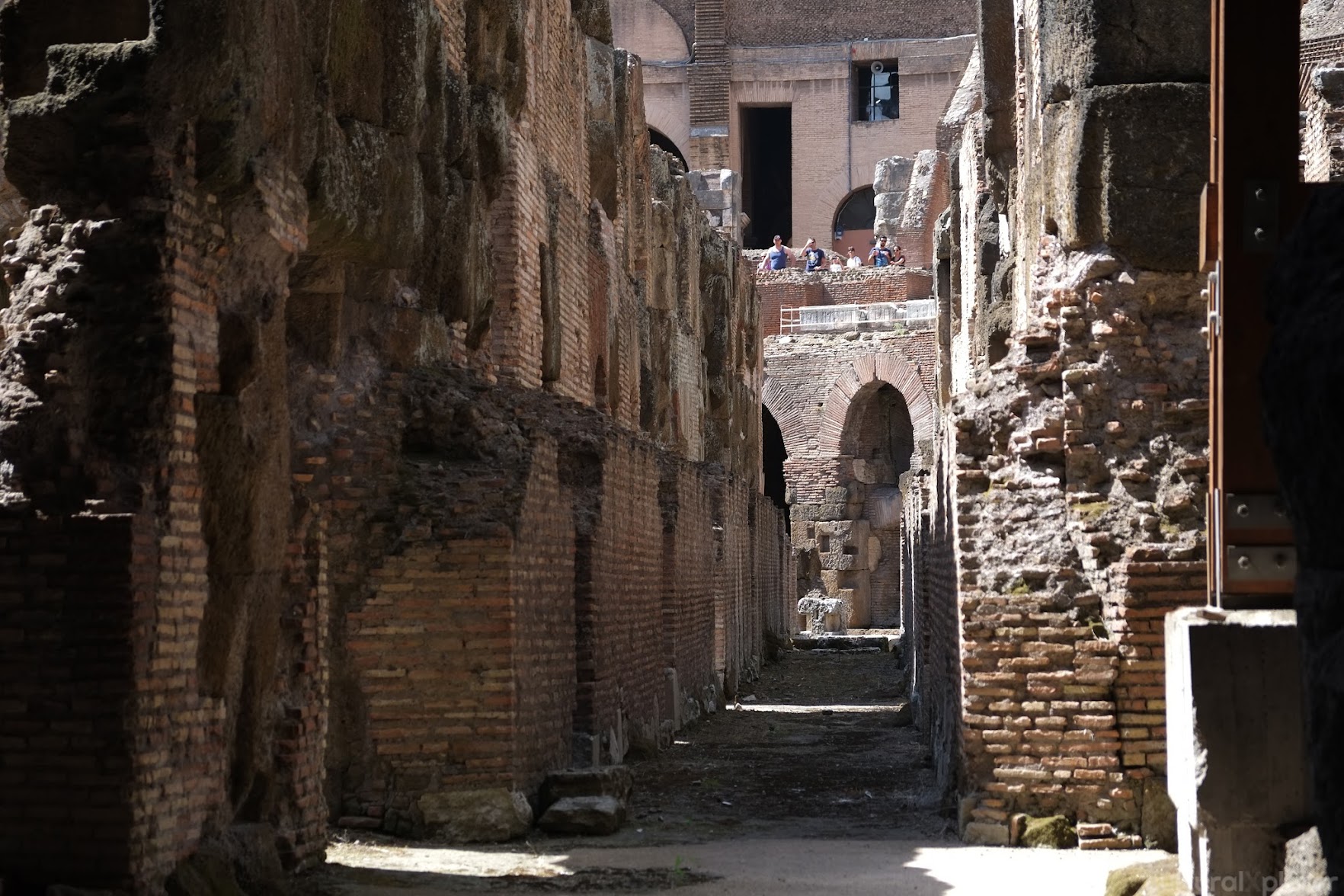 After leaving the basement of the Colosseum, our group was led up to the very top part of the building, overlooking the entire Colosseum and the surrounding city.

As part of the admission price of the Colosseum, visitors also have access to the nearby Palatine Hill and the Roman Forum.

After leaving the Colosseum, my group headed up to the famed Palatine Hill, which is known for being both where Rome began and the birthplace of the mythical twin brothers Romulus and Remus, the founders of the city of Rome.

Making our way around the hill, we came upon the beautiful Roman Forum. The Forum once served as the city’s administrative and monumental center before it became the epicenter of public life within Rome.

I thought the tour was very informative and my guide was extremely knowledgeable. I am very glad that I chose to take a guided tour through the Colosseum and in the Roman Forum, as there was not much signage telling me what  I was looking at.

Know Before You Go – Helpful Tips for Visiting the Colosseum

Booking this Tour with Walks of Italy

You too can go behind the scenes of the Roman Colosseum by booking the “VIP Access: Colosseum Underground & Ancient Rome” tour with Walks of Italy! Tickets start at €89 for a 3.5 hour tour that includes the Colosseum, the Roman Forum, and Palatine Hill.

FTC Disclosure: I was a guest of Walks of Italy for the VIP Access Colosseum Under-ground and Ancient Rome tour, however all opinions are my own.

Have you ever been to the Colosseum before? Share below!