I woke up on the day I was to visit Nazi Germany’s first concentration camp with a heavy feeling in my heart.

As a child, I had been taught about the oppression and extermination of Jewish people in Nazi Germany. I had read the stories of Anne Frank and Elie Wiesel, who had suffered under the hands of the Nazis. I visited museums and watched movies such as The Boy in the Striped Pajamas and The Pianist, both of which brought me to tears.

I thought that it would be important on my first visit to Germany to visit Dachau, a place that I had heard about time and time again, and to learn about the history of the camp in person.

Instead of taking the journey to the camp on my own, I decided to book my journey with Sandemans, a company I had taken many free walking tours with before in Europe.

We met our tour guide Diana at Marienplatz in Munich and traveled by train to an area near Dachau where we then boarded a bus which took us to the entrance of the camp.

Once we arrived at the camp, we stopped at the front gate, which read “Arbeit Macht Frei”, or Work Makes You Free. As we would learn later during the tour, 40,000 of the people who were held at this camp, no matter how hard they labored, would never see freedom again.

On March 2, 1933, a couple of weeks after Adolf Hitler became Reich Chancellor and founded the National Socialist (Nazi) dictatorship, Dachau was built as a camp for political prisoners and for a 12 year period from 1933 to 1945, Dachau imprisoned over 200,000 people.

While many people are under the impression that the concentration camps only held Jews, this was not the case. Anyone whom Hitler or the Nazi’s deemed ‘enemies of the state’ were sent to the prisons, including people of certain political parties, homosexuals, gypsies, Jehovah’s Witnesses, and those who were considered to exhibit socially deviant behavior.

In order to keep track of all of the people who were imprisoned in the camp,  prisoners were given badges to identify what they were imprisoned for or what affiliations they had.

After Kristallnacht (The Night of Broken Glass) in 1938, and as anti-Semitic feelings begin to arise in Germany, thousands of Jews were sent to Dachau.

As more and more Jews began to be transported to Dachau, it turned from a labor camp into a place that would endure many horrific events under the Nazi Schutzstaffel (SS). The camp quickly became the model for all of the Nazi Germany concentration camps, where officers were trained to kill.

‘Prisoners’ arrived at Dachau from all over Europe from countries including the Soviet Union, Spain, Italy, and Norway. As soon as they arrived the nightmares began.

“When the prisoners arrived, they were regularly sworn at, threatened, and beaten. As ‘new arrivals’, they were subjected to a brutal and degrading admittance procedure. After their personal data were registered by the political division and they were given a ‘lecture’ from a protective custody camp leader, the prisoners were brought into [this room], the Schubraum. They had to hand over their clothing and everything else that they had taken with them. They left the room naked and were taken to the prisoner baths. No prisoner could know if he would ever leave the concentration camp again.” – Taken from a sign at Dachau

To say that life at Dachau was ‘difficult’, is an understatement.

Under the leadership of men such as the infamous Theodore Eicke, many prisoners were relentlessly brutalized at the camp. At one point, the prisoners were even placed under martial law, in which they were informed that if for any reason they were insubordinate to any superior’s orders, that they would be shot immediately and without warning.

A cell in the Dachau bunker

Prisoners were placed in different areas around the camp until many of them made their way out of the camp via the crematorium.

There was a bunker on one end of the camp which contained standing cells, in which prisoners were locked in rooms with no light or air and were forced to stand up in 2×6 inch squares for periods of three days at a time, and isolated cells, where people were kept away from the main barracks.

Inside the Dachau bunker

There were also 34 barracks at Dachau, in which life was extremely harsh. Not only were they grossly overcrowded, but everything was communal; the prisoners ate together, slept together, and bathed together.  For a camp that was meant to hold only 6,000 people, over 30,000 people resided there when the camp was liberated in 1945.

Currently, none of the original barracks at Dachau are standing, but there is a reconstructed barrack for visitors to see what the living conditions were like during the time that people were imprisoned there. 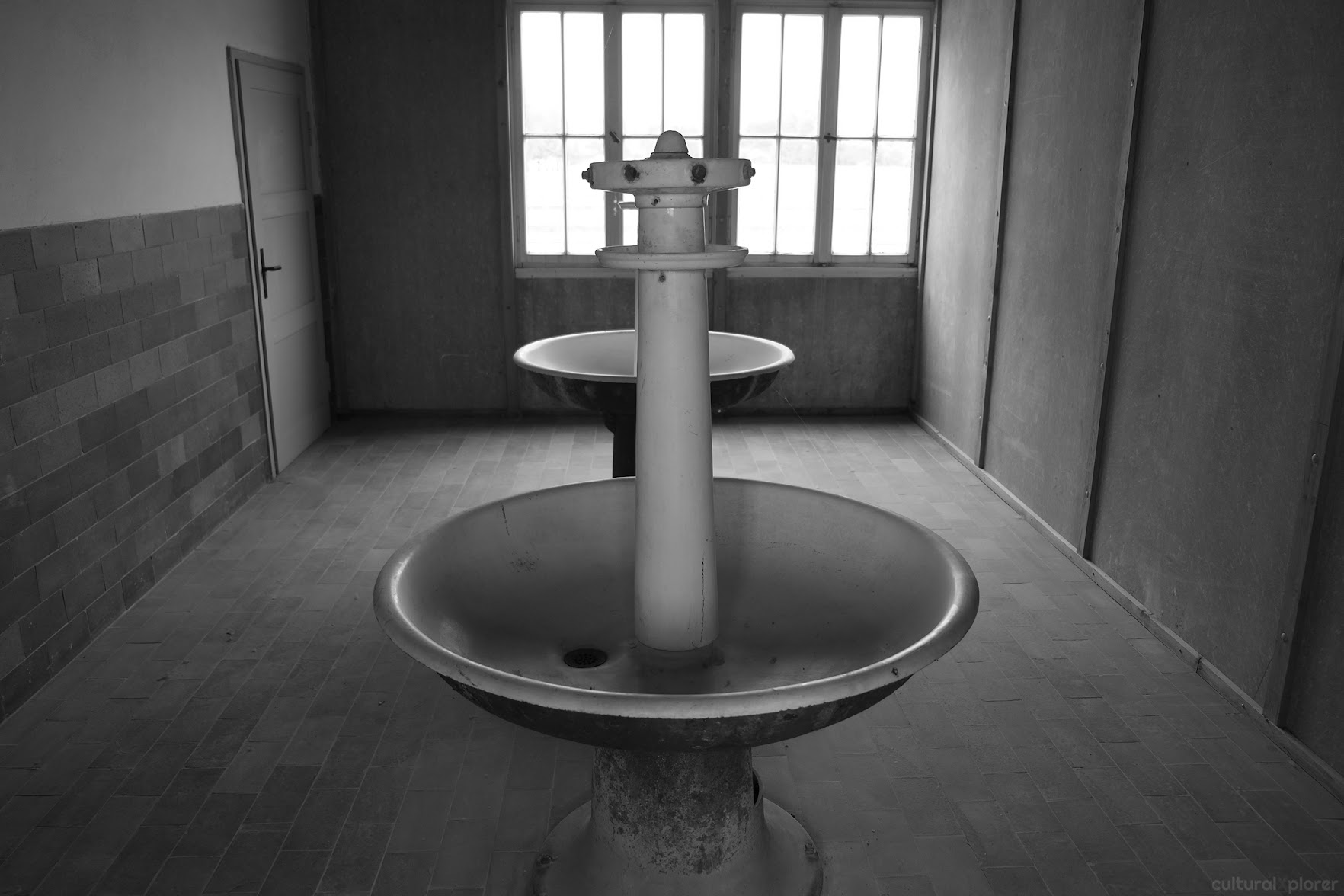 Communal toilets in the barracks

Beginning of the End: The Crematorium at Dachau

As a prisoner, heading to the crematoriums at Dachau marked the beginning of the end.

Inside of the original Dachau crematorium with a two-chamber oven

A ‘fumigation cubicle’ in Barrack X

A crematory in Barrack X

Lest we never forget about all of the lives of the people who suffered at the hands of the Nazis during their reign in Nazi Germany. It is especially important to understand the history of what happened so that it is never repeated again.

Visiting Dachau brought the reality of what happened to tens of thousands of people at the camp to life. It took it out of the context of the textbooks I had read as a child, and all of the videos and pictures I had seen, and it made me understand the pain and suffering of the prisoners a little bit better. 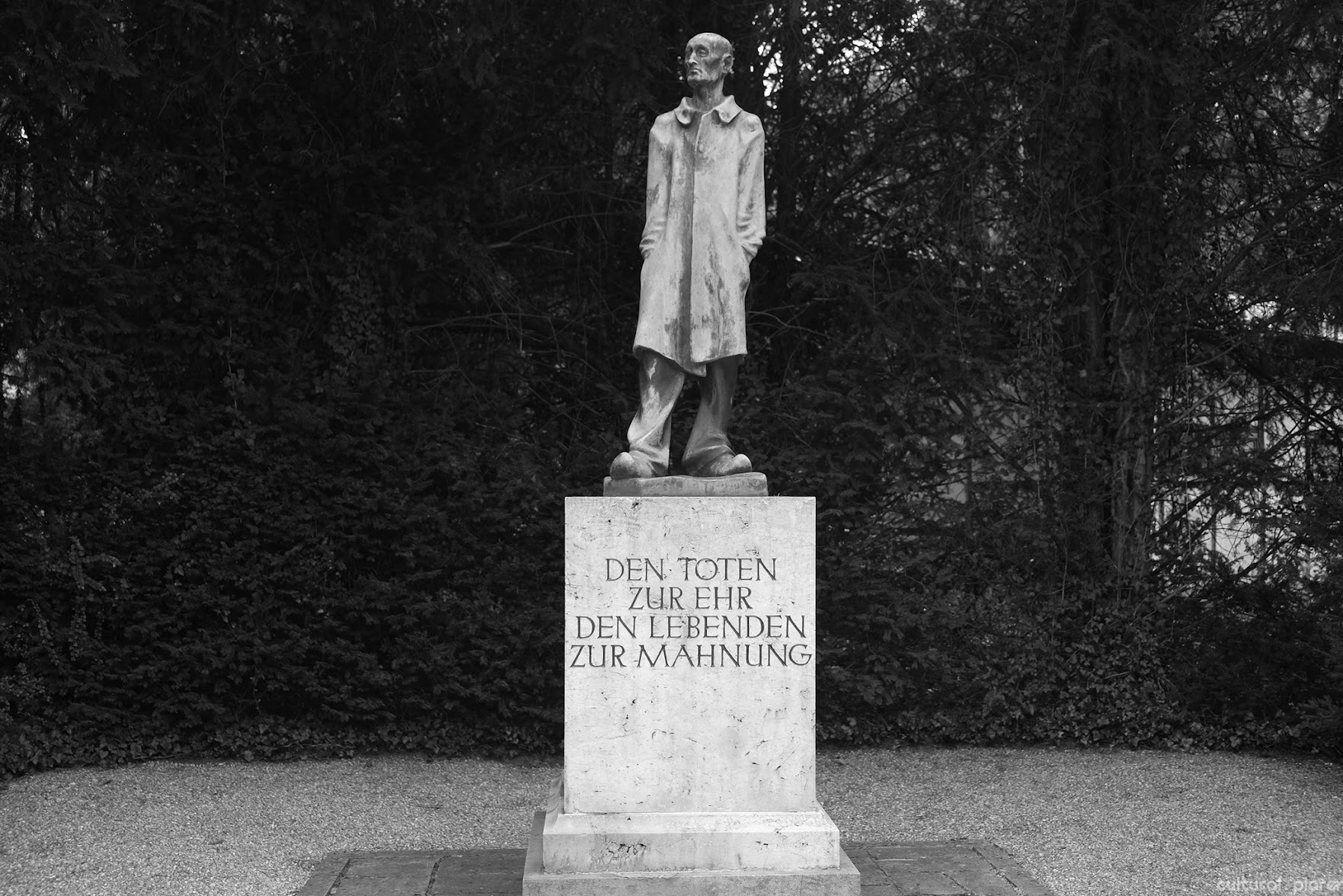 Have you been to Dachau or any other concentration camp in Europe?