Make sure you check out the first part of this two-part ‘Eating My Way Through Florence‘ series to see all of the meals that I ate when I was in Florence!

My former co-worker suggested that I visit Gelateria Vivaldi, a local favorite located in the Oltrarno area. It is rumored that Queen Elizabeth used to get her gelato shipped from here, which I think is pretty amazing!

I tried the pistachio with double cream flavors. Although it was not my favorite gelato in the world, I would definitely give it a second try but the next time I would try a fruit flavor. 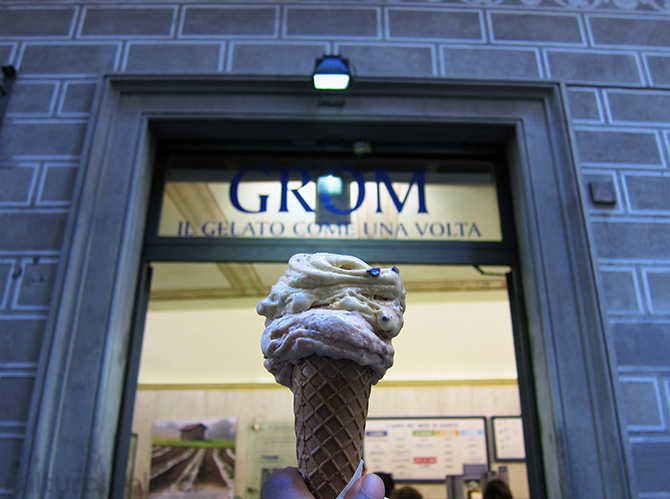 Grom is a gelateria chain that is quite well-known around Italy with shops in over 30 cities. My former co-worker mentioned Grom briefly as she told me about how much she loved Vivaldi. I was interested in comparing the two, so I headed to Grom to try it out.

Unlike the more locally-known Vivaldi, Grom was packed with both tourists and Italians alike waiting in line to sample some of the famed gelato. I thought it was pretty comparable to Grom flavor-wise (please don’t hate me Italian nonni’s).

To think I almost missed visiting Mercado Centrale when I was in Florence makes me very sad. Luckily I met a Couchsurfer who suggested we visit after having apertivo at Grand Hotel Minerva and I loved the market (and we all know I love a good market!)

I ordered a raspberry [lampone] scoop and a vanilla [vaniglia] scoop. I found the gelato to be decent. 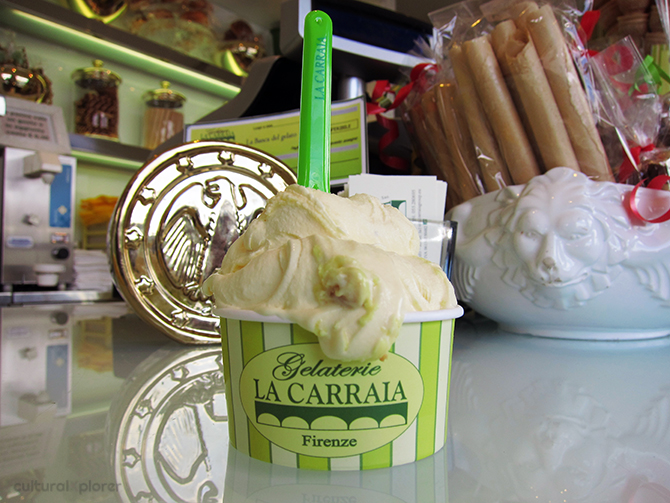 Lemon and cookies gelato at La Carraia …. heaven in a cup. Literally.

I saved the best for last.

The gelato at La Carraia was the gelato that topped all other gelatos. I had to stop myself from ordering a second one before eating lunch. It was just that good. (And yes, I ate a lot of gelato before actual meals in Italy…)

After being recommended to me numerous times by locals, I decided to extend my stay in Florence by a few hours just so I could experience this gelato, and it was worth every single second.

I cannot properly put it into words without drooling all over my computer, so I am going to just tell you to go. If you are in Florence, stop reading this and go RIGHT NOW.

Have you ever eaten gelato in Florence? What were your favorite places?