Stay·ca·tion:  A vacation spent in one’s home country rather than abroad, or one spent at home and involving day trips to local attractions.

Harlem has been my home for over ten years, but regrettably it has not been a neighborhood that I have gotten to know very well. Outside of frequenting a few restaurants, shops, and my beauty salon, most of my time in New York is spent in other neighborhoods around lower Manhattan and Brooklyn.

With a desire to get to know my own neighborhood a little bit better and to escape from my hectic schedule for one day, I decided that I wanted to do a staycation. My plan included a full day of activities in Harlem in an effort to really explore the neighborhood and to see what it had to offer.

I started off my morning with breakfast at a cute and unassuming little café called Café Frederick Harlem Parlor on Harlem’s ‘Restaurant Row’.

I ordered a chai latte and and a crepe with fresh fruit and found it to be absolutely ambrosial; the crepe melted in my mouth and paired perfectly with the sliced fresh fruit. The meal, although not very large was very filling.

One thing that I really loved about the café was a mural paying tribute to Frederick Douglass that was splashed across the main wall. The cafe also has a seating area that is reminiscent of a small living room, where you can read one of the books the café provides while you slowly sip on your latte.

To fully enjoy my staycation, I needed to step out of my own element and into a new environment, and I decided to do that at La Maison d’Art, one of the few guesthouses in Harlem.

I checked into the La Maison d’Art and after briefly looking around the property I was escorted to my beautifully decorated room. I immediately plopped onto the bed and fell in love; it was probably the most comfortable bed that I have ever experienced in my life, and I almost did not want to get up and go back outside into the chilly winter air. 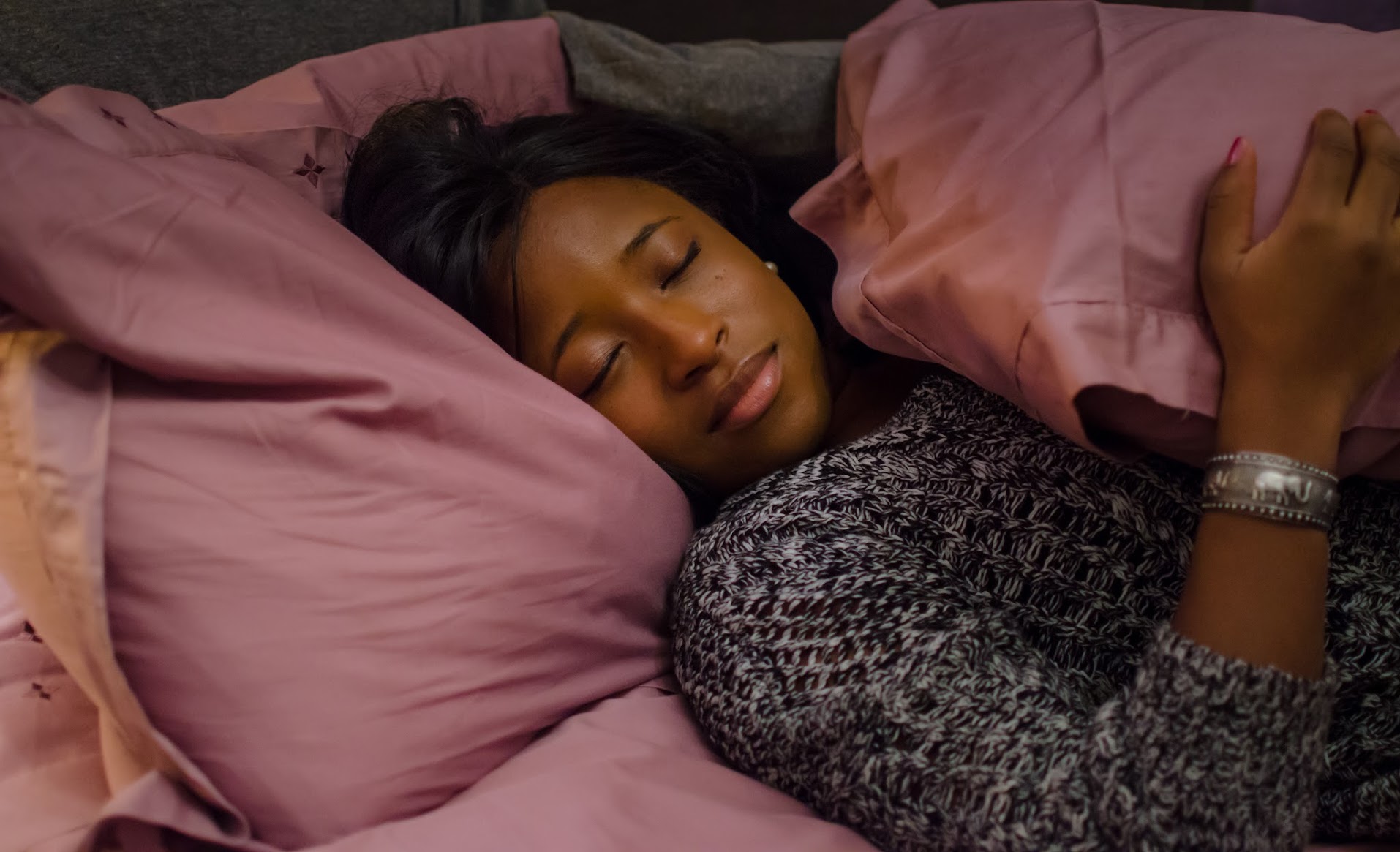 Yup, do not want to get out of this bed. EVER.

As an avid fan of modern art, one thing that I absolutely adored about La Maison d’Art outside of the numerous paintings and sculptures lining the hallways, was that it had a beautiful miniature art gallery on its lower level.

Hitting the Streets in Harlem

Riding the B trainAfter leaving the guesthouse, I walked over to the subway and took it one stop to 125th Street, which is arguably the most famous street in Harlem.

Since moving to Harlem over ten years ago, I have seen 125th Street go through some pretty significant changes. Many of the local neighborhood stores that used to line the street have now been replaced by large chain restaurants and stores such as Red Lobster, H&M, and Banana Republic Outlet.

Despite the major changes that the street has gone through, some cultural institutions and landmarks still remain such as the famous Apollo Theater and the Studio Museum of Harlem.

As I felt the temperature dropping, I decided to head towards 116th Street, where I had plans to stop by the Malcolm Shabazz Harlem Market and eat dinner at the South African restaurant Madiba.

While walking down Lenox Avenue I ran into Chef Marcus Samuelsson who is the owner of Red Rooster, one of Harlem’s most famous eateries. We greeted each other in passing and I reminded myself that I needed to visit the restaurant soon as it is a place that has been on my list of places to eat and drink in Harlem for a very long time.

I finally arrived to the Malcolm Shabazz Harlem Market, a small market located on 116th Street that specializes in African crafts and textiles. While I was not allowed to take photographs inside of the market, I did purchase a cute little pair of gold earrings.

Since the Malcolm Shabazz Harlem Market was located outside, I was starting to get a little bit cold and I decided that I needed to get indoors. I headed a few doors down to Madiba Harlem, a restaurant that has ‘South African Cuisine in a Harlem Scene’.

When I entered Madiba, I notified the hostess of my upcoming reservation before heading to the wine bar and ordering a glass of Eikendal, a red wine from the Stellenbosch area of South Africa. Shortly after, my name was called and I was seated in Madiba’s dining room.

Madiba, which was named after former South African president Nelson Mandela had beautiful pictures of the leader spanning the entirety of the dining room.

Our waiter, a young man who was born in West Africa but had spent a significant part of his life in South Africa, arrived promptly and I asked him for recommendations as I was not familiar with South African cuisine.

For my starter, I had a plate of Durban Samoosas, which was my favorite part of the meal. For my main, I had Bobotie, which consisted of spiced minced meat that was topped with egg custard. Finally, for dessert, I had a spongy pudding with apricot jam.

My favorite thing about Madiba was how spacious and wonderfully decorated it was. I was not a huge fan of my main and dessert, but I would be willing to give the restaurant another try.

Entertainment: Showtime at the APOLLO

Amateur Night at the Apollo

After leaving Madiba, I made my way back up to 125th Street bound for Amateur Night at the world-renowned Apollo Theater.

The Apollo Theater has launched the careers of many famous musicians and has had numerous celebrities (such as Stevie Wonder, Michael Jackson, James Brown, and Lauryn Hill) grace its stage. The night I attended, the headlining musical artist was Jazmine Sullivan, an 8-time Grammy-nominated artist that is well known for her songs ‘Need U Bad’ and ‘Bust Your Windows’.

Amateur Night at the Apollo (Wednesdays)

Amateur Night is a place where musicians and dancers come to show off their talents and try to earn both the love of the audience and a large monetary prize. Luckily on the night that I visited, the crowd was pretty nice to the majority of the performers, but this is not always the case. Performers must bring their A-Game to the Apollo or else they risk being booed off of the stage by the audience, which is then followed by loud sirens and then a tap-dancing man known as ‘The Executioner’ who proceeds kick them off of the stage.

I had an amazing time at the show, and I will definitely be returning again.

My very full day exploring Harlem and getting some much-needed relaxation was very successful. Make sure to stay tuned to see my staycations in other neighborhoods around New York City!

A huge thank you to Elliott Ashby who helped to capture these beautiful images during my Harlem Staycation, and a special thank you to La Maison d’Art who helped make my staycation possible by providing accommodation. As always, all opinions are my own.

Have you ever done a Staycation before? If not, would you do one?