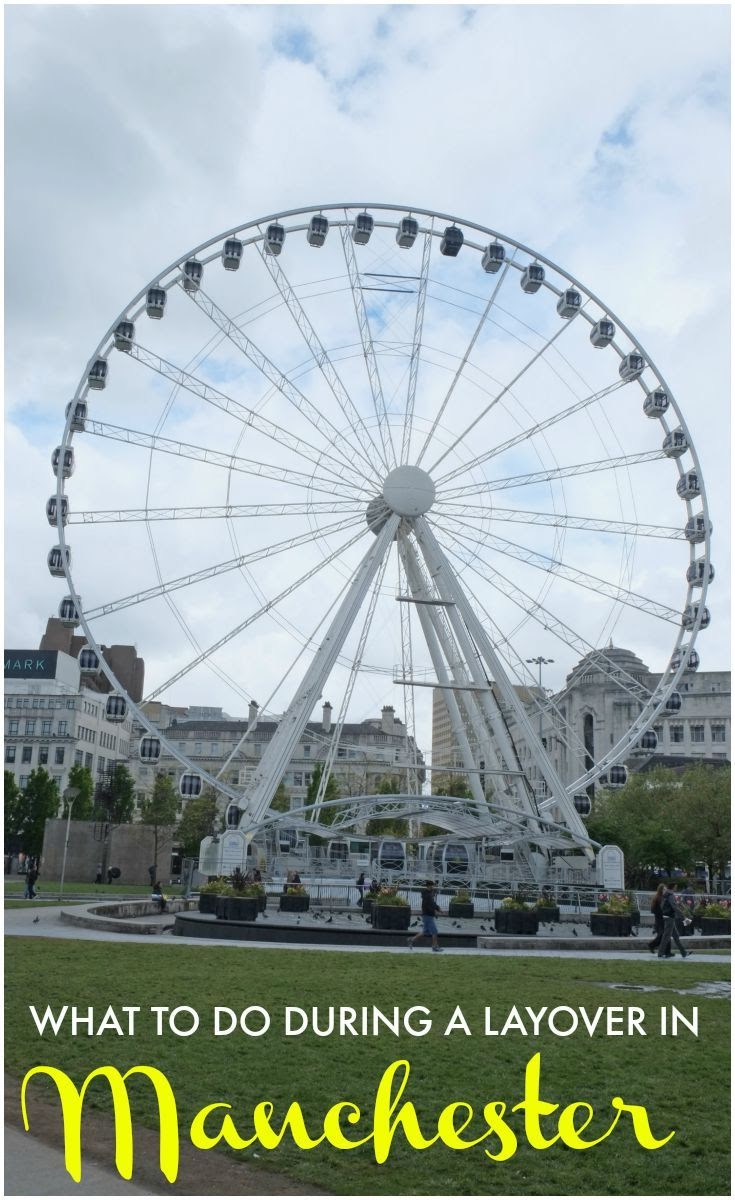 On my way to South Africa, I found visiting England for a second time, this time on a layover in the city of Manchester.

Not knowing anyone who had been the city before and with limited information on what to do within the city,  I decided to go out to discover everything that the city had to offer. The trip included a number of stops in shopping areas (and a rather embarrassing amount of time in the store Primark, which I did not include in this list), but it also included some cultural activities such as eating English foods, visiting Chinatown, and visiting an art museum.

The next time you find yourself in the city, consider checking out some of the places below! 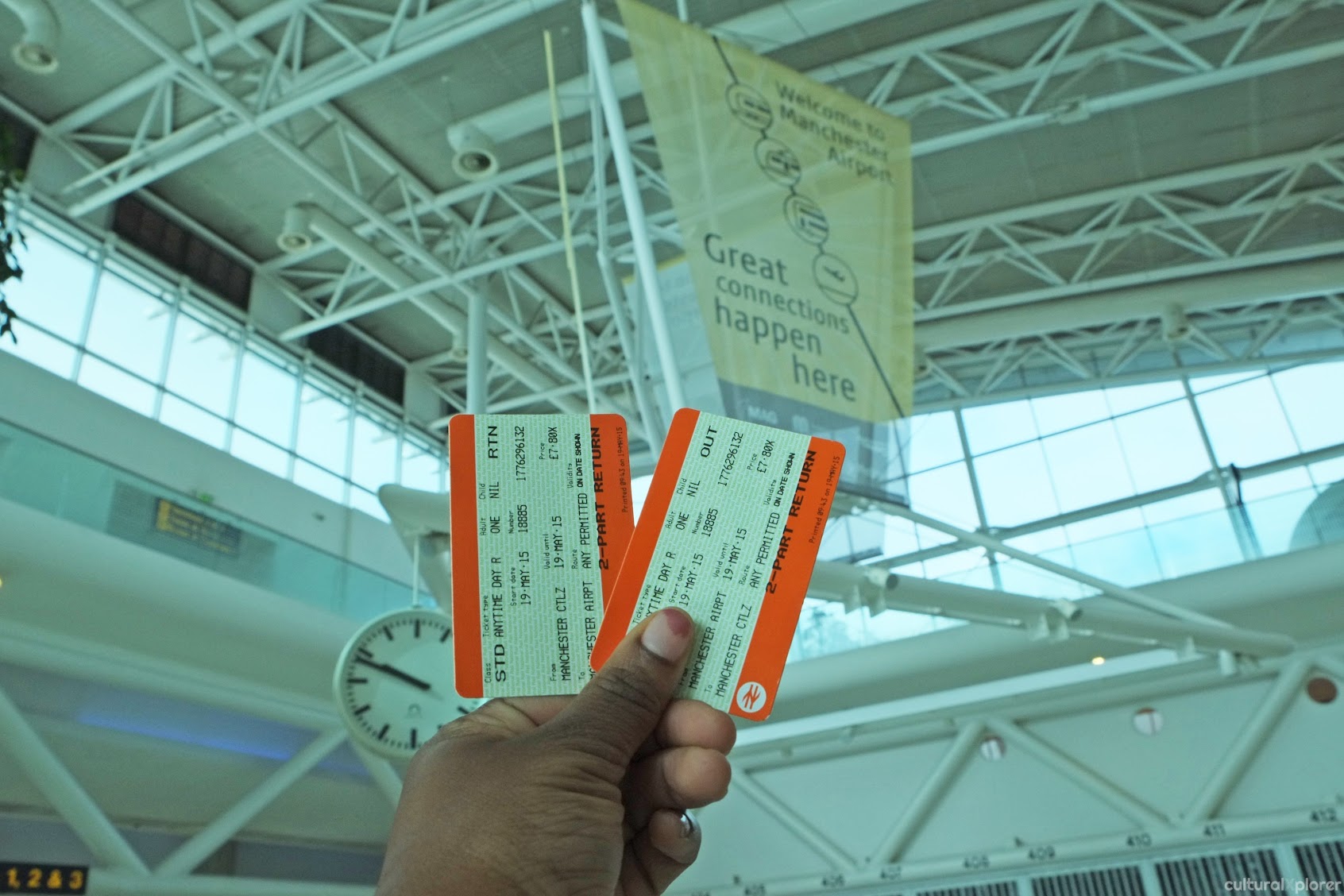 If you are arriving to the city of Manchester on a layover via the Manchester Airport (MAN), you will need to take a train from the airport directly into the city; the ride lasts approximately 20 minutes.

As of 2015, a RT train ticket into the Manchester Piccadilly station will cost £7.80, however discounted tickets can be purchased in advance online and can save you almost 50% off of the price of the ticket. For further information, check out the Manchester Airport website. 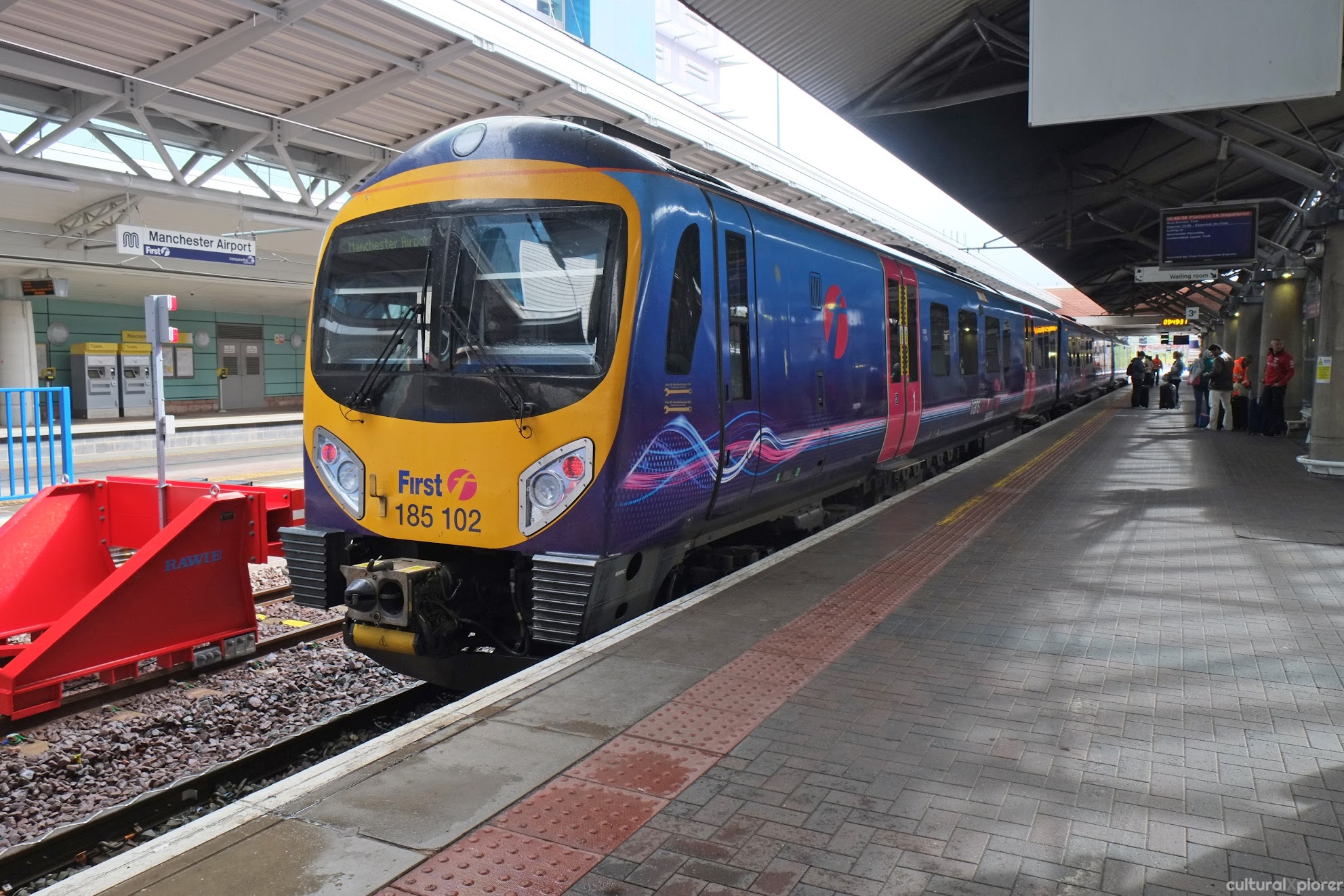 Ride the rails into Manchester

Once you arrive into the city, exit through the main entrance at Piccadilly station and hop on the free Metroshuttle bus, which will take you to all of the major points of interest within the city. The bus has three different routes that travel to various points, the one located at the Piccadilly Station is Route #1. 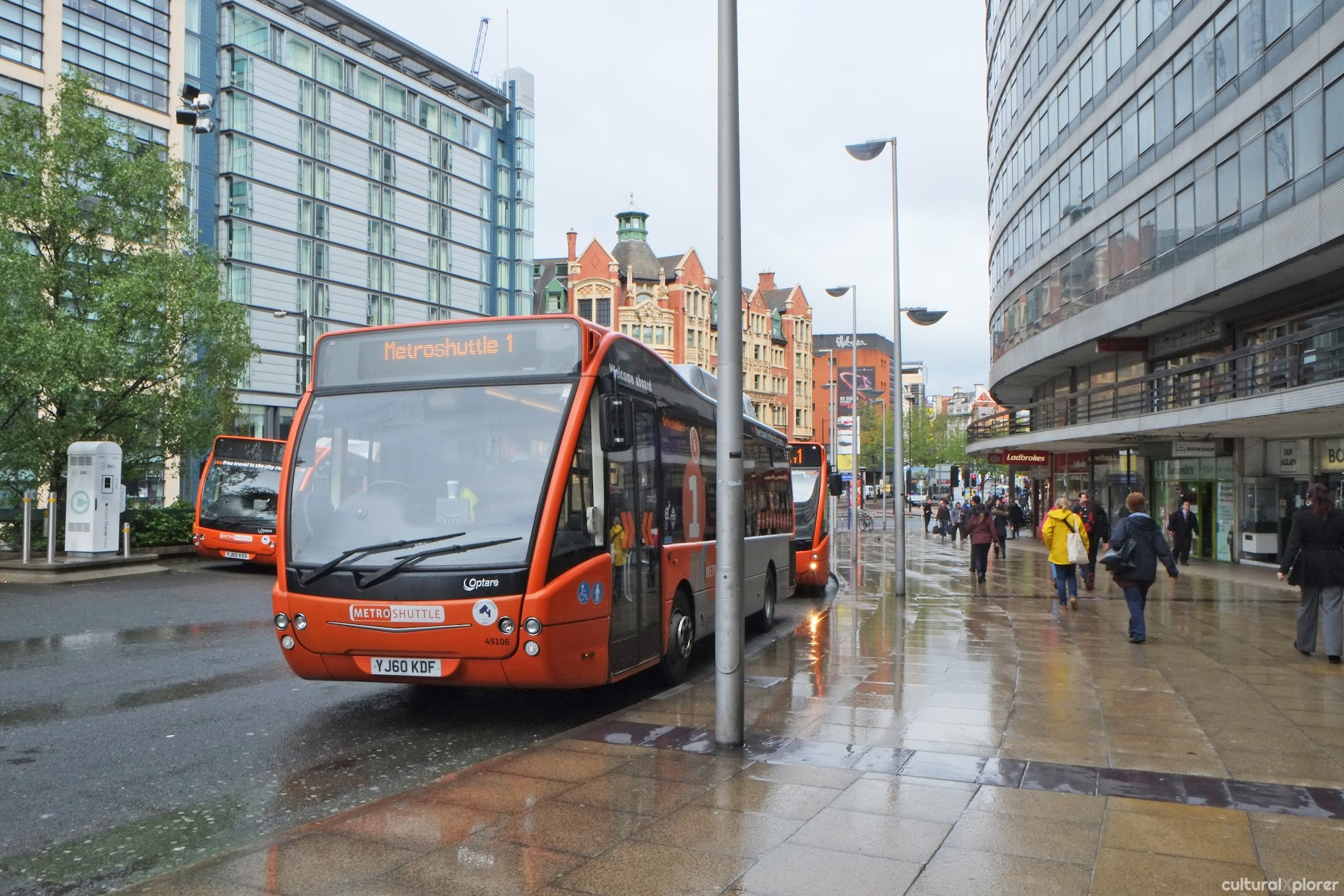 Metroshuttle Route 1 outside of Piccadilly station 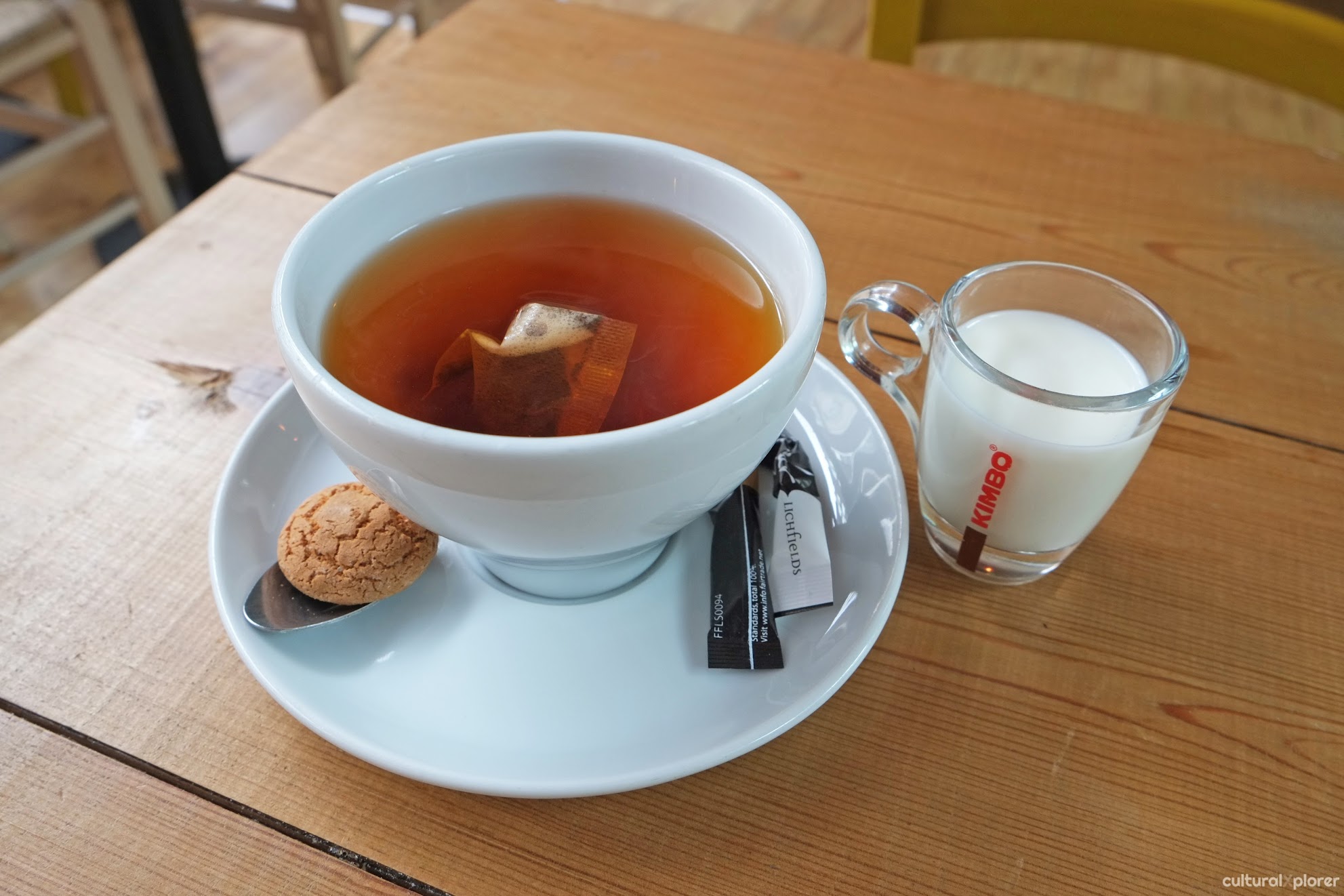 If you happen to be in the city during breakfast hours, why not stop and have a lovely English breakfast?

Since I do not eat pork, I did not have a traditional English breakfast (bacon, poached or scrambled eggs, fried or grilled tomatoes, fried mushrooms, fried bread or toast with butter, sausages, and baked beans)and instead I opted for the vegetarian version. 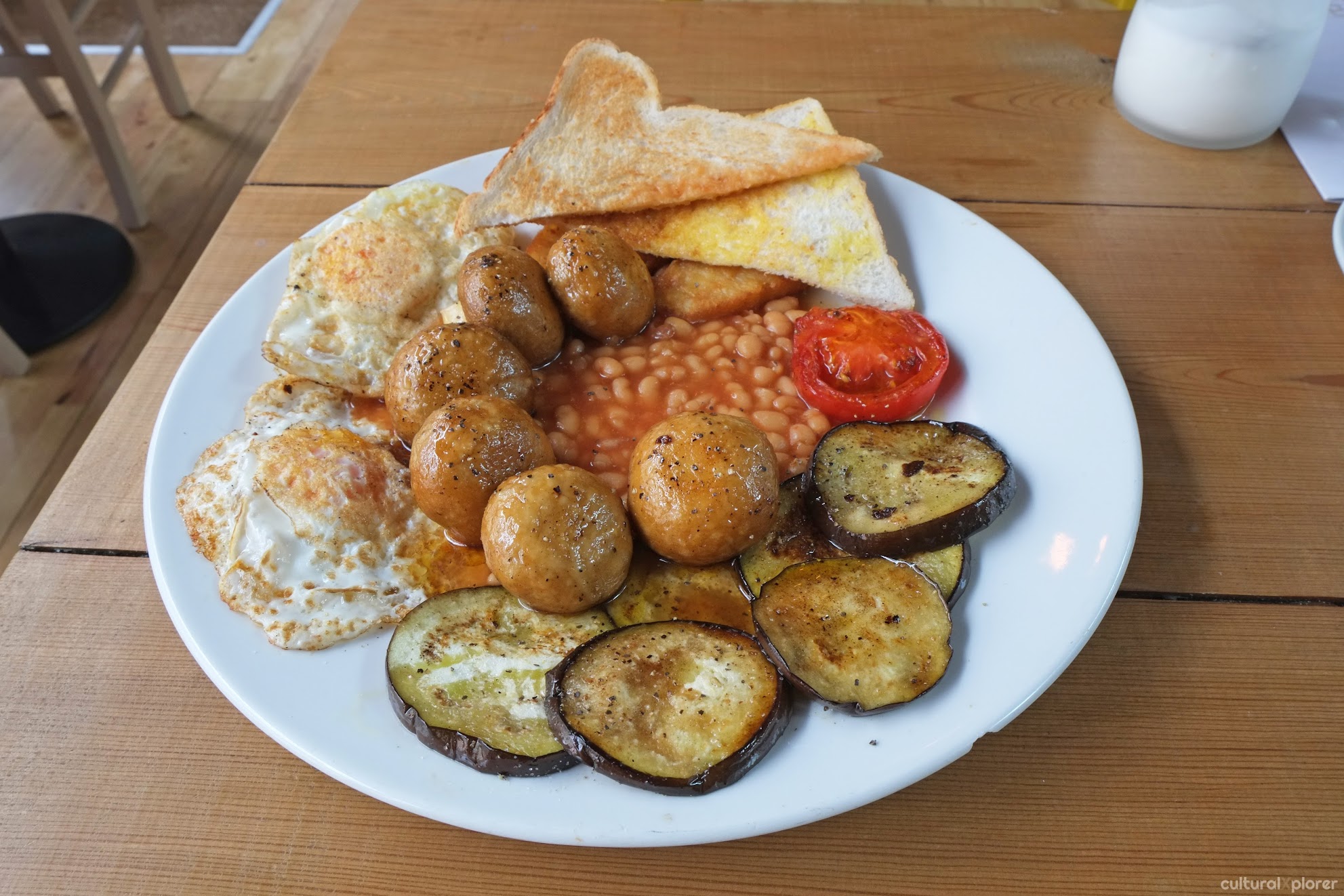 I ate breakfast at Pane Vino (225 Deansgate, Manchester) in the city center and it was delicious! If you are looking for alternative options breakfast within the city, check out some of these ‘best of’ lists: 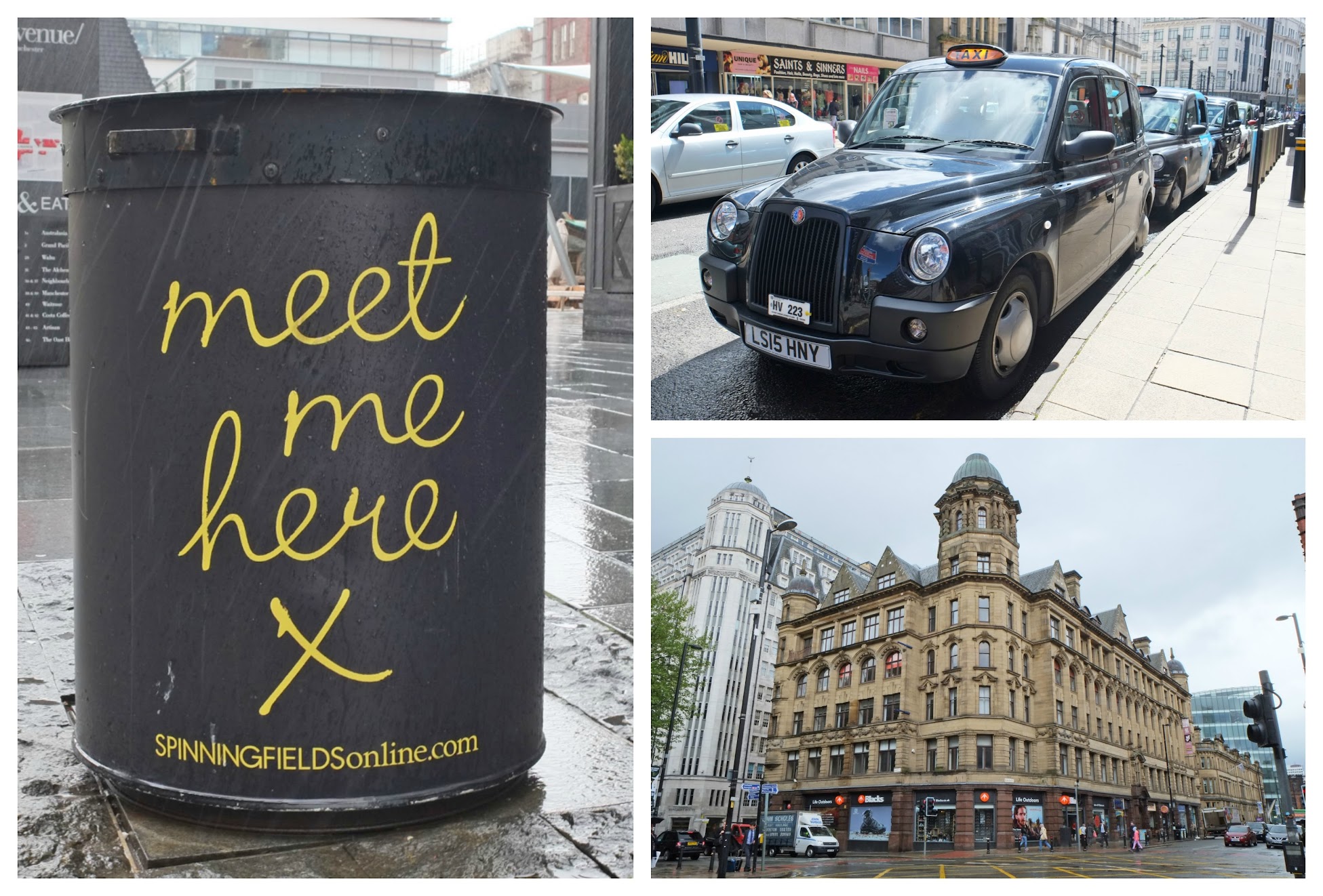 Once you have finished your lovely English breakfast, spend some time exploring the city! While the bus is a great option for getting around, the center of the city is very walkable. I opted to walk around during the entirety of my layover and use the bus only when going to and from Piccadilly station. 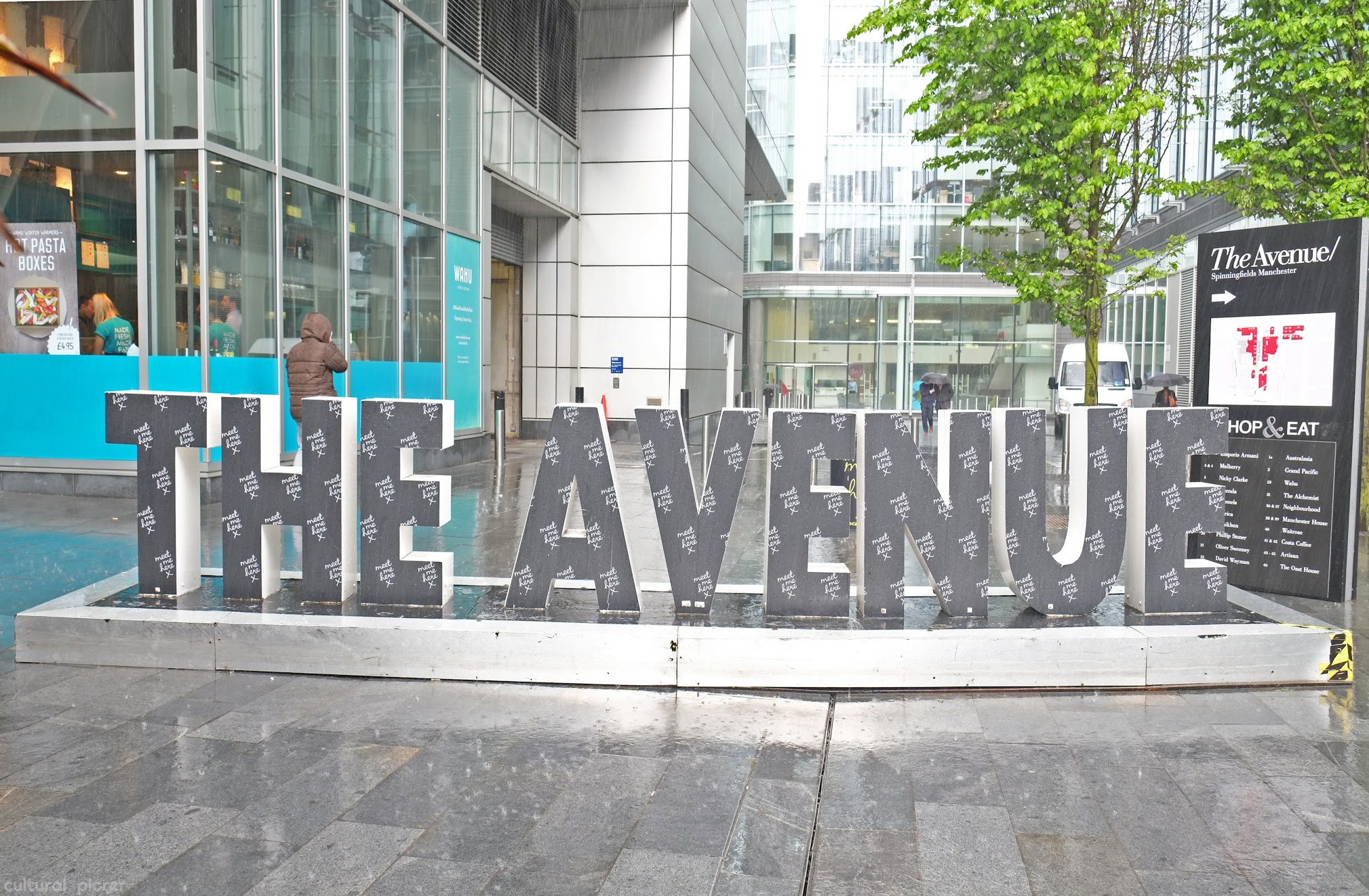 If you are looking for a great place to go in Manchester for high-end shopping, international cuisine, and leisure, head over to Spinningfields in the city center. During the summer, Spinningfields hosts outdoor movies and during the fall and winter, Spinningfields is home to craft fairs, pop up food venues, and seasonal events. 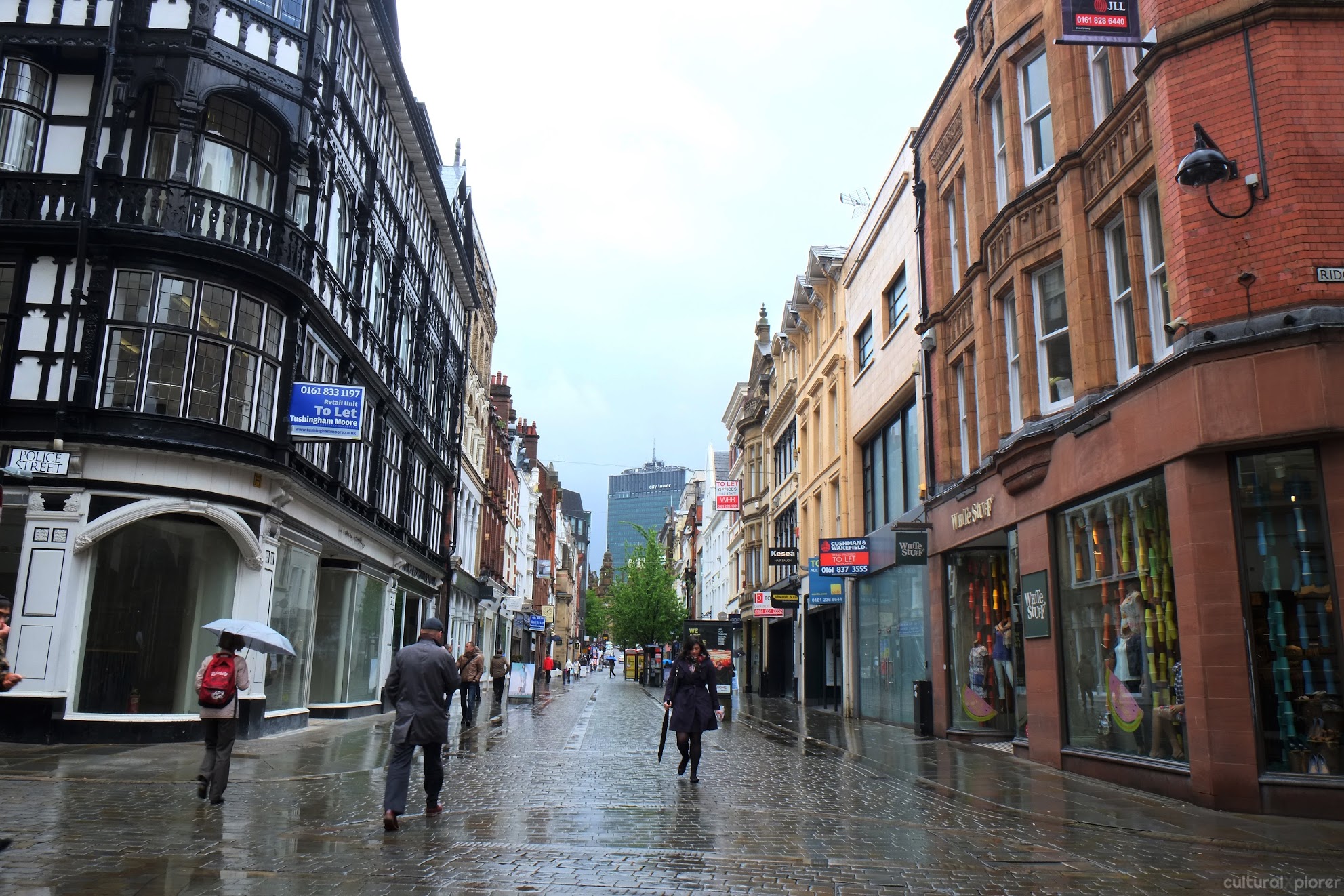 Known as “one of the most important thoroughfares of Manchester city centre”, King Street is full of designer shops and historically significant buildings. If you are looking for luxury shopping, King Street is the place to go. 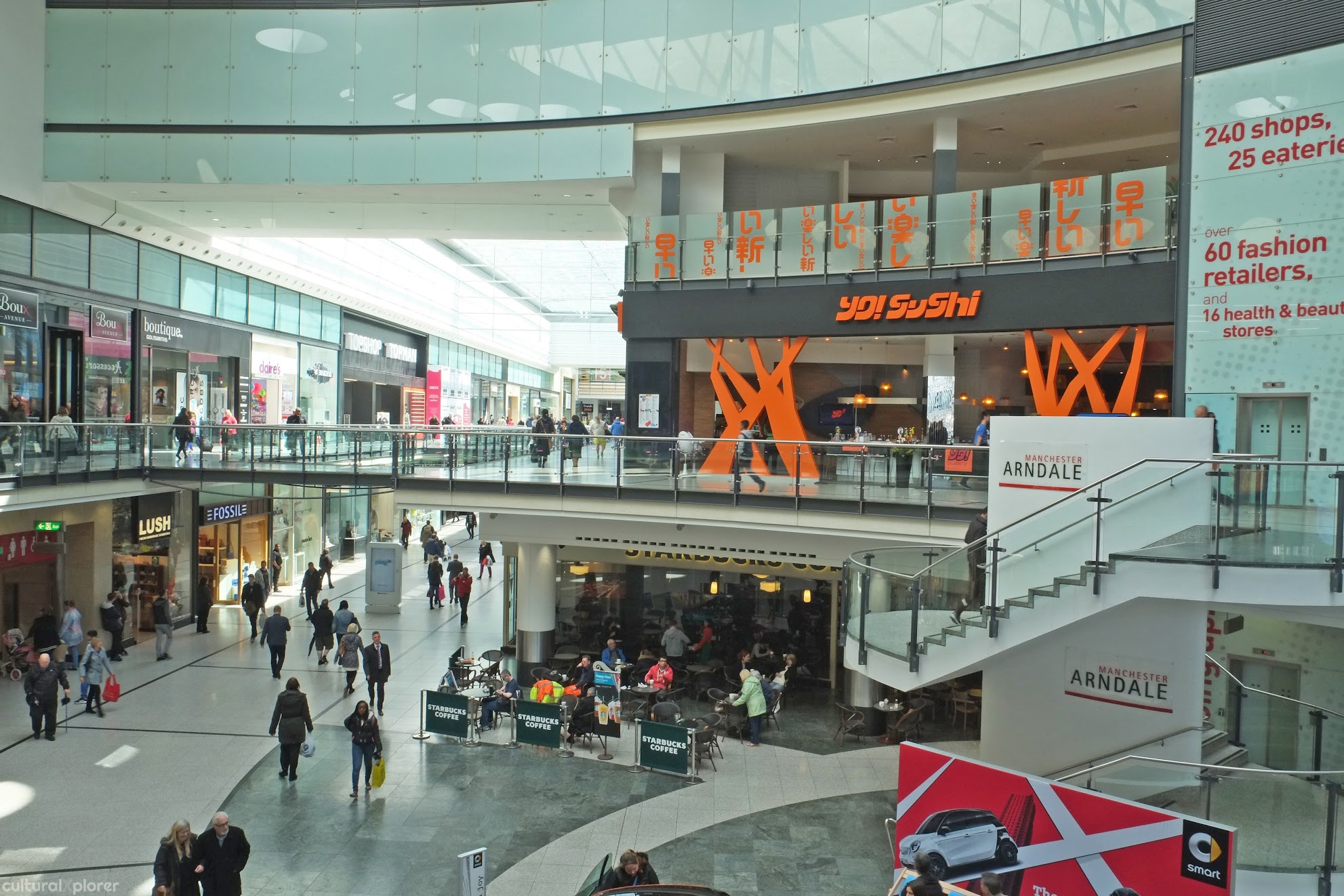 With over 200 shops and 25 eateries, Manchester Arndale is the premier shopping mall to go in the city. In addition to shopping, the mall also hosts regular events like the annual Manchester Jazz Festival. 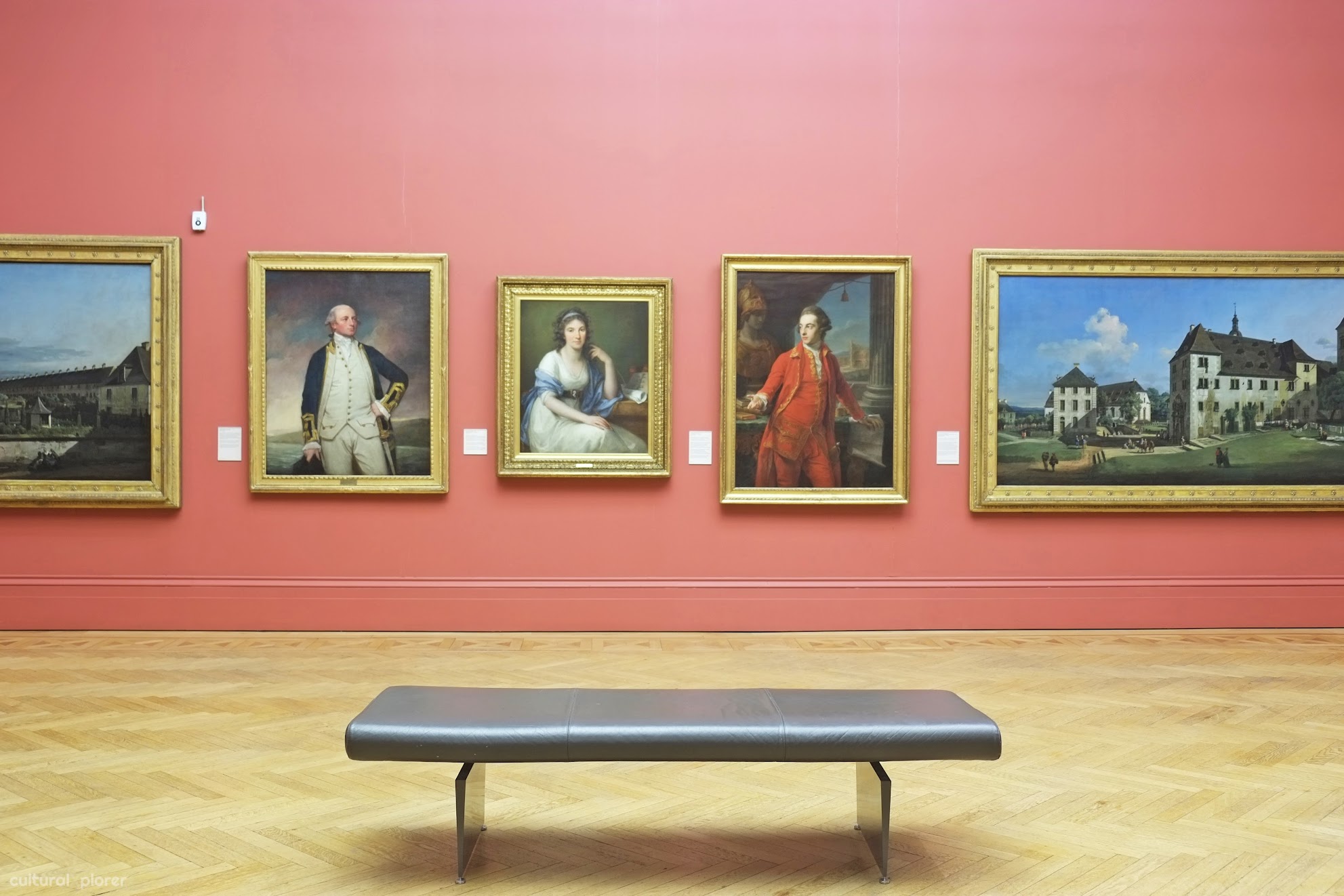 The Manchester Art Gallery is a publicly-owned gallery in the city center. Occupying a total of three buildings, the gallery houses both fine art and decorative art from the 17th century to the present day.

Interested in checking out more galleries around Manchester? Check out this great list of the 10 Best Manchester Art Galleries by Culture Trip. 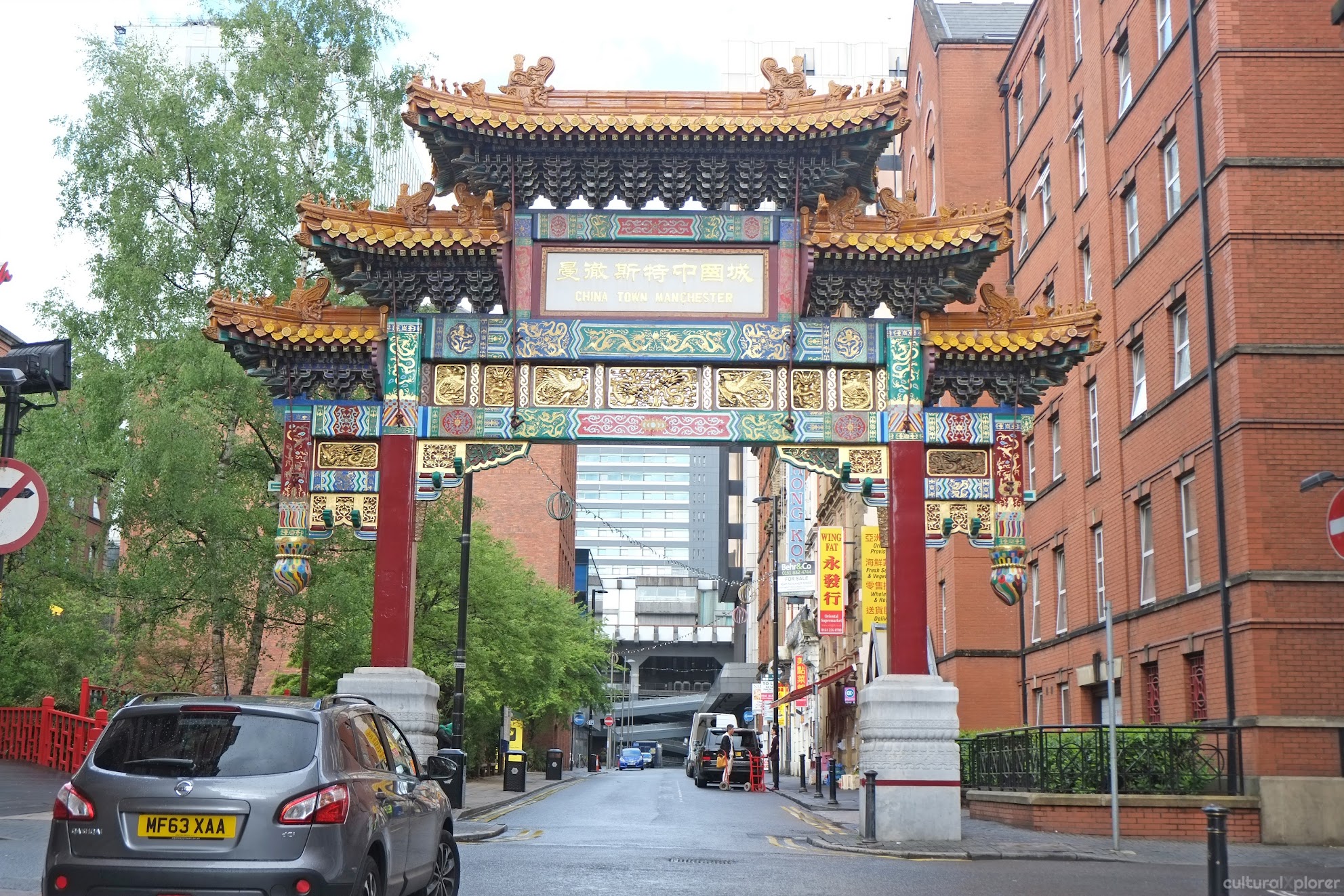 Manchester has a small but vibrant Chinatown located in the center of the city. The city’s Chinatown is the second largest in the country and the third largest in all of Europe.

In addition to checking out some of the neighborhoods great eateries, stop into the local grocery store for some authentic Chinese snacks and spices, have a massage at the Bali Health Lounge, or participate in one of the neighborhood’s many cultural activities!

If you get a chance, pop over to the Northern Quarter, a hip area with boutique and independent shops, cafes, and restaurants.

When in England, you must eat fish and chips at least once and have a drink in a proper pub. 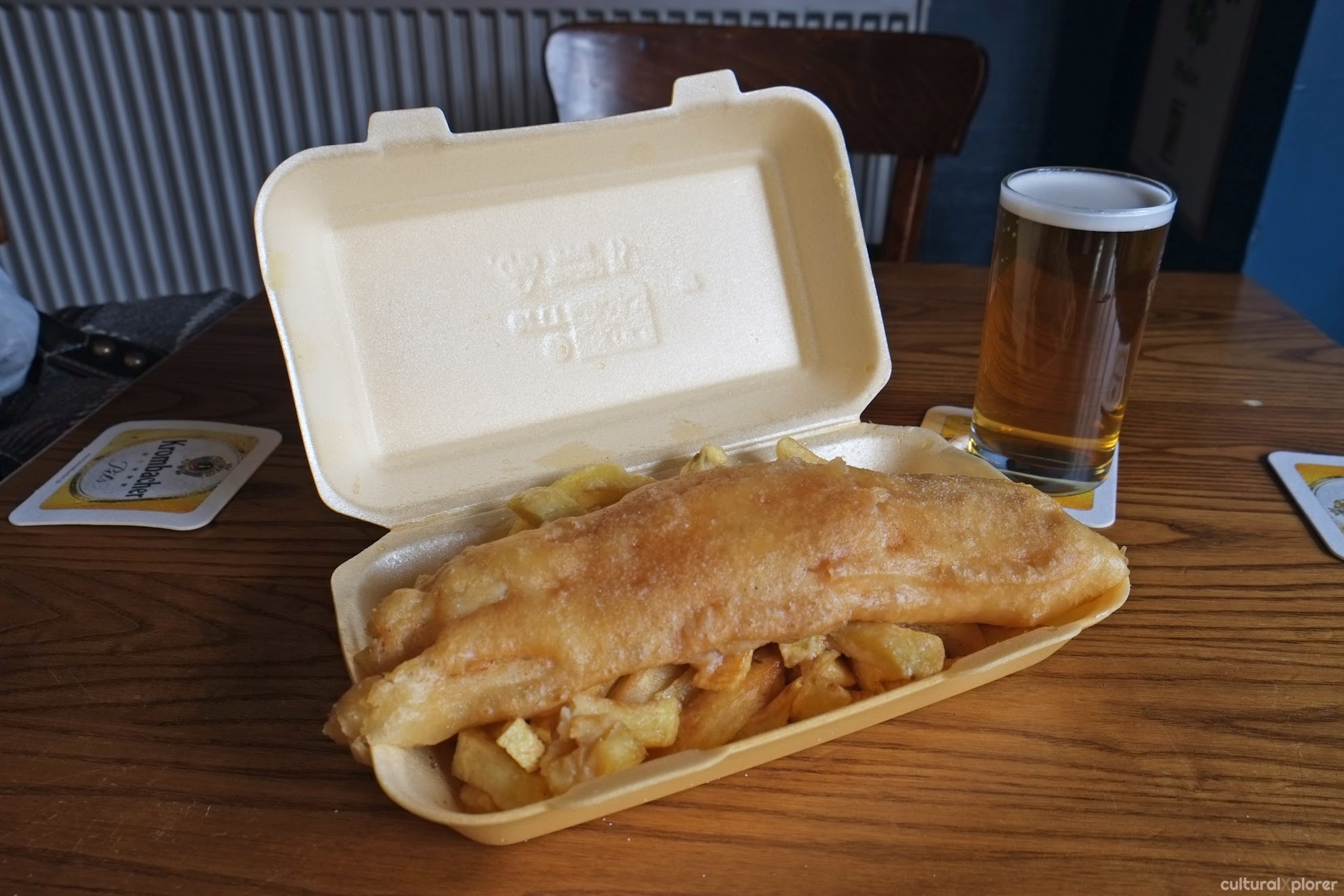 Fish & Chips from the Fish Hut 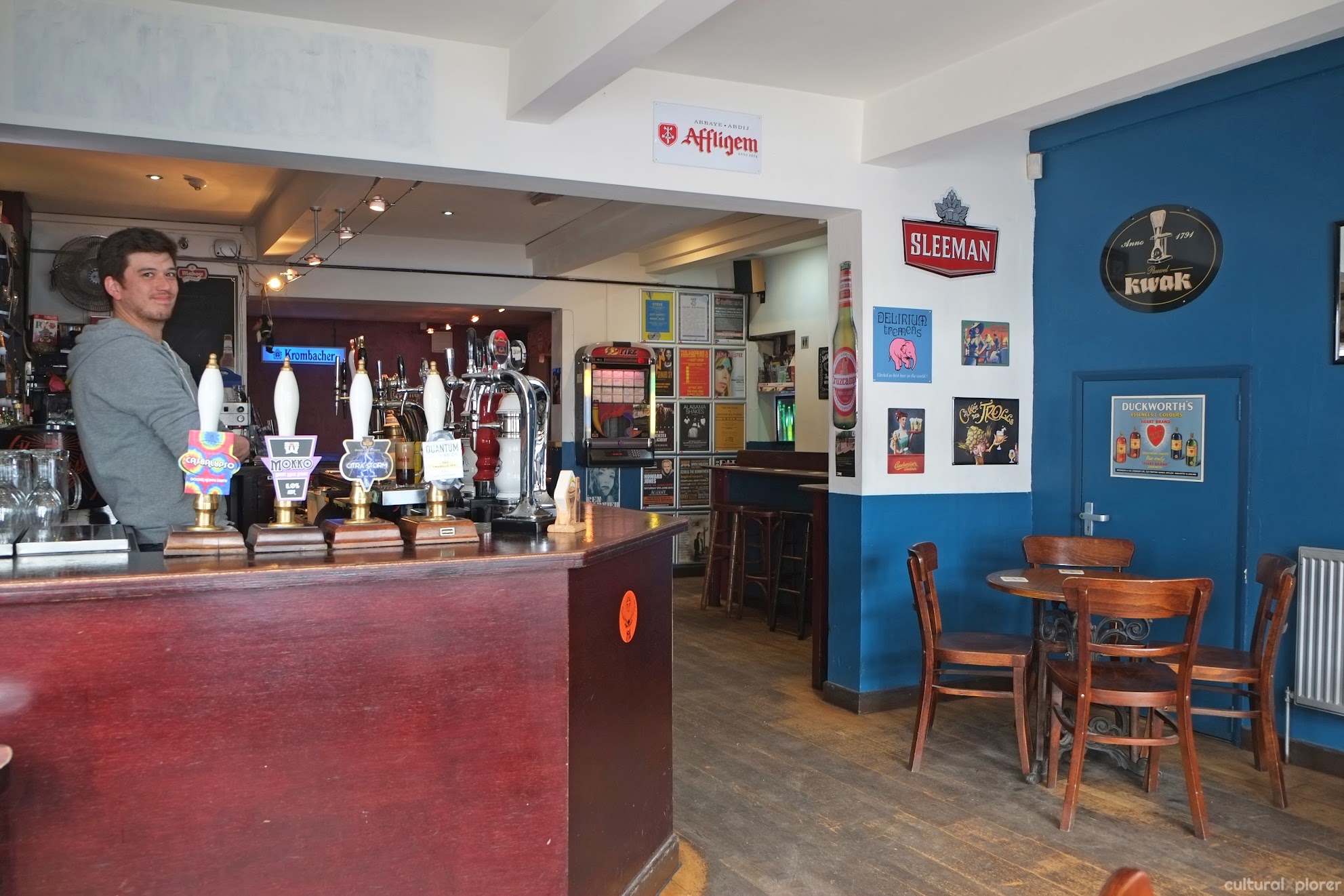 Looking for more pubs in Manchester? Check out this list of Manchester’s Best Pubs (Time Out Manchester), and if you are looking for some alternative places for fish & chips, check out these reviews on Yelp.

Looking for more things to do during your layover in Manchester? Consider checking out the following posts below:

If you are looking to do something relaxing during your stay in the city, consider taking a ‘spa day’ to rest and relax in between flights; Sabina at Girl vs. Globe wrote a great post about how to properly do a Spa Day in Manchester. 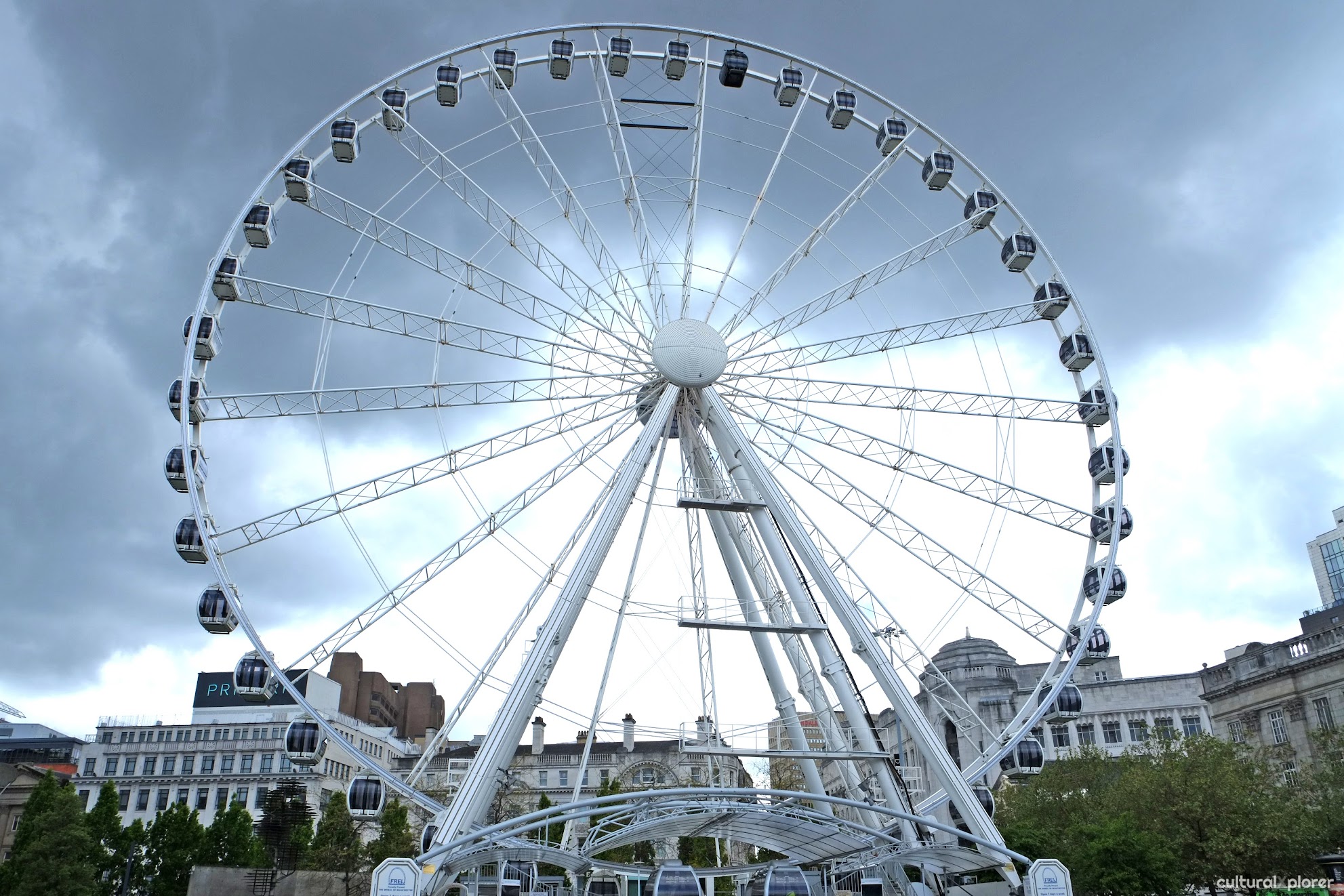 The Wheel of Manchester

Have you been to Manchester before? What would you recommend doing in the city?