Sunday Funday: Exploring Williamsburg Brooklyn with Like A Local Tours 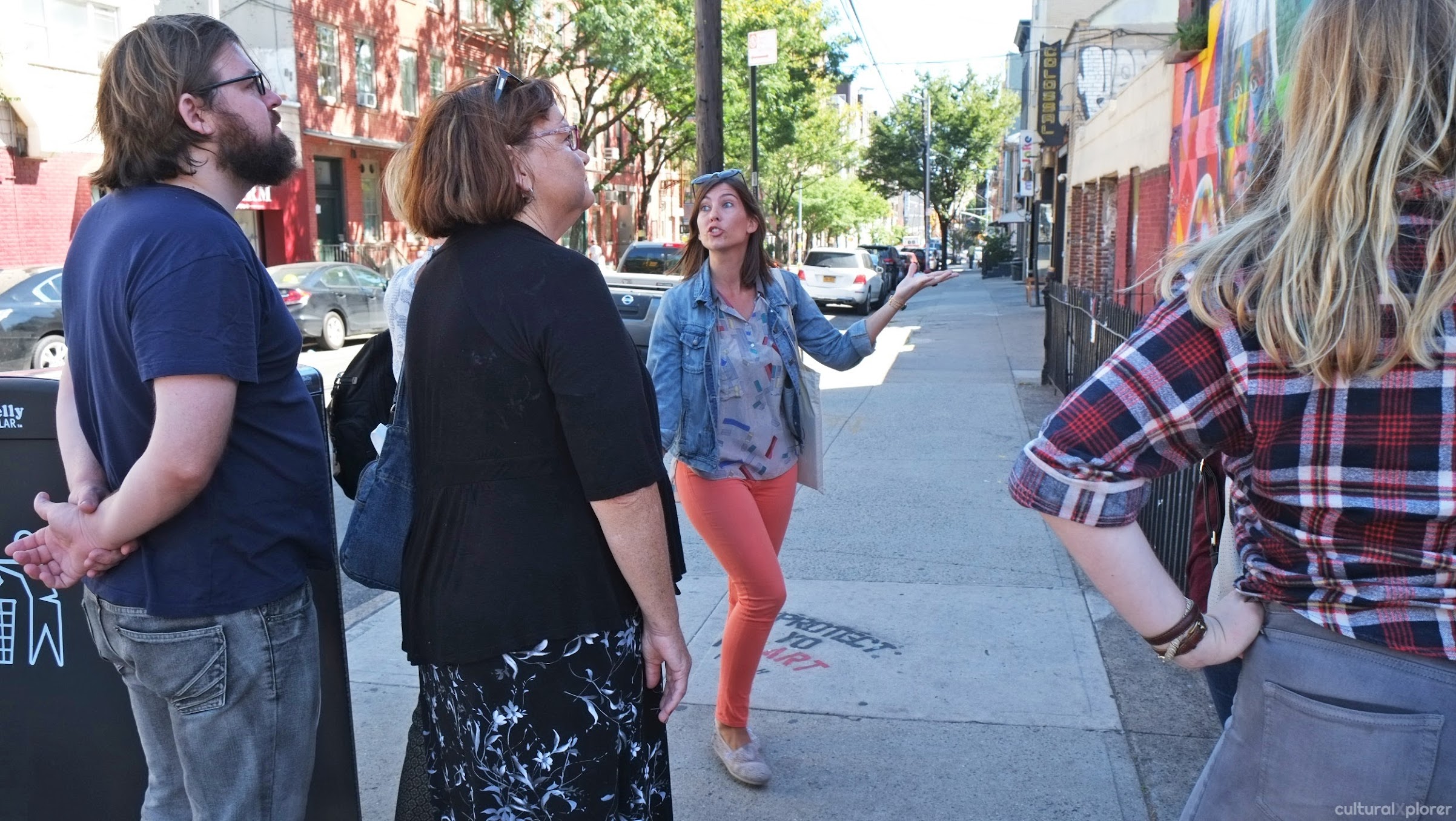 I find that the best way to explore any city is by doing it like a local. I am such a big believer in keeping it local, that I wrote a whole guide to exploring New York City like a local, which highlights some of the top things that I love to do as a resident.

When the New York City based company Like A Local Tours invited me to explore Williamsburg with them on their Sunday Funday Tour, I jumped at the opportunity to get to know one of my favorite neighborhoods better through a resident’s eyes.

The tour of Williamsburg began right in the heart of the neighborhood on Bedford Avenue, the longest street in Brooklyn, where our tour guide (and company owner) Lauren introduced herself to us, handed us maps which included some of the best places to check out in neighborhood, and then proceeded to take us on a tour of the neighborhood where she has resided for over ten years. 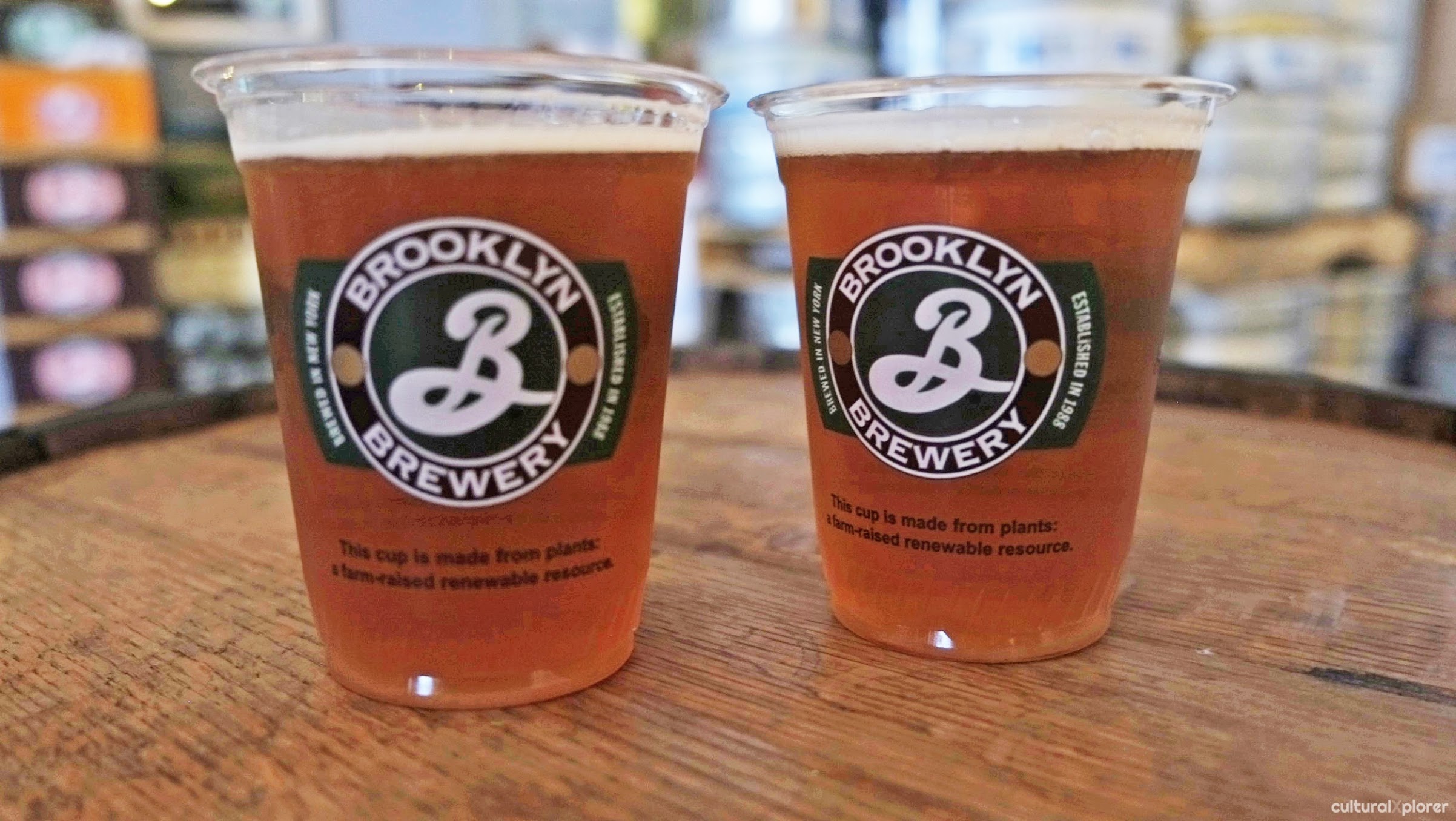 The first stop on the tour was at the Brooklyn Brewery, one of New York City’s most famous craft beer companies. Personally, I have been a huge fan of Brooklyn Brewery’s beers for a number of years and I really love their seasonal ales, particularly their Summer Ale.

Since the tour took us to the brewery in the fall, I decided to try their Oktoberfest ale, which is brewed from actual German malt and hops, and it reminded me of the beers that I tasted when I visited Munich, Germany. 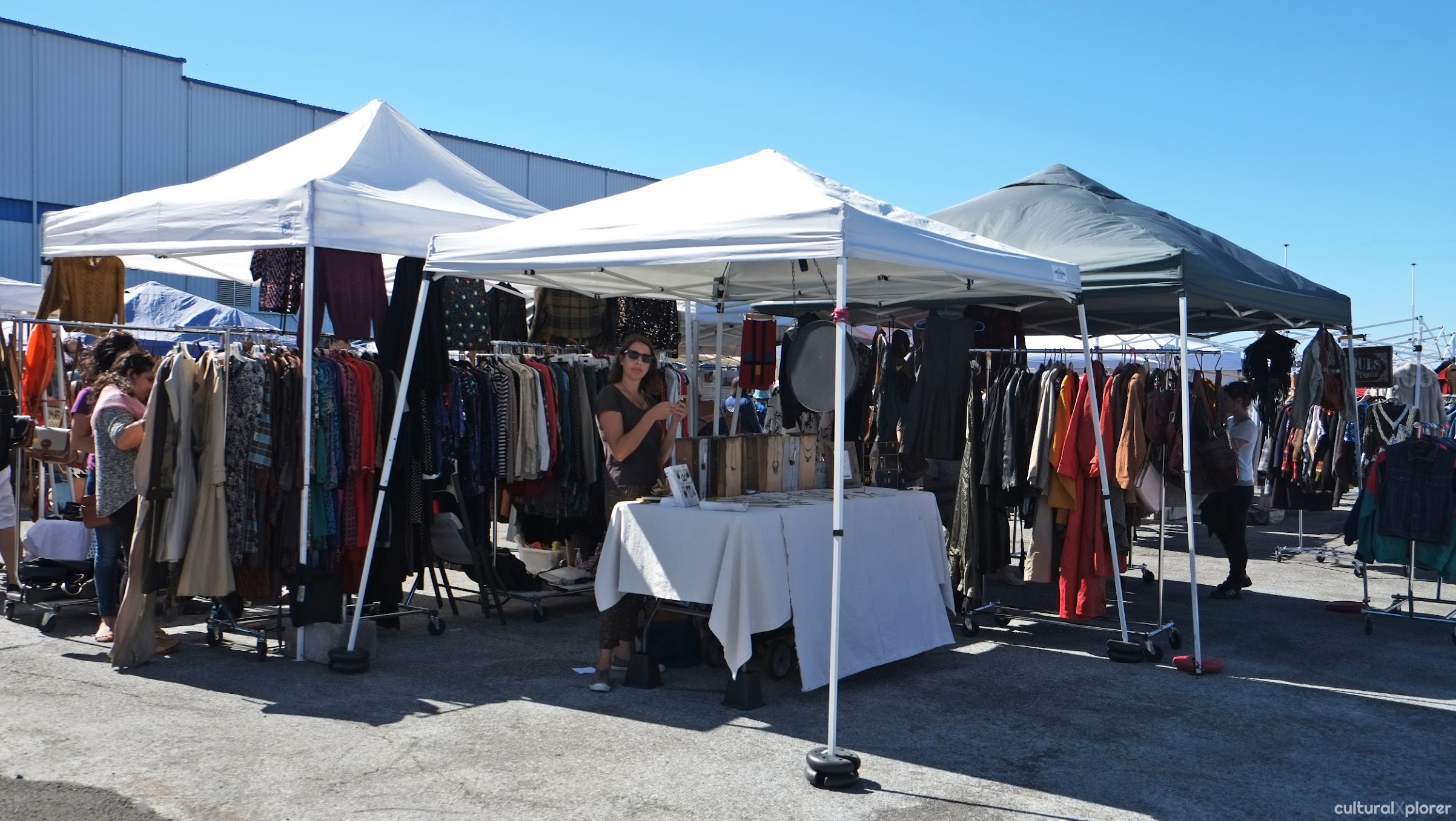 Our next stop was to the Williamsburg location of Brooklyn Flea, which is New York City’s largest outdoor/indoor market system. Every week at various locations around the city, Brooklyn Flea features hundreds of vendors that sell everything from antiques, to vintage clothing, to one-of-a-kind artisan souvenirs. In addition to selling goods, the Williamsburg location of Brooklyn Flea also serves an eclectic mix of freshly made foods from vendors around the city.

While I typically do not shop at flea markets, I would definitely come here to buy unique gifts for my friends and family. 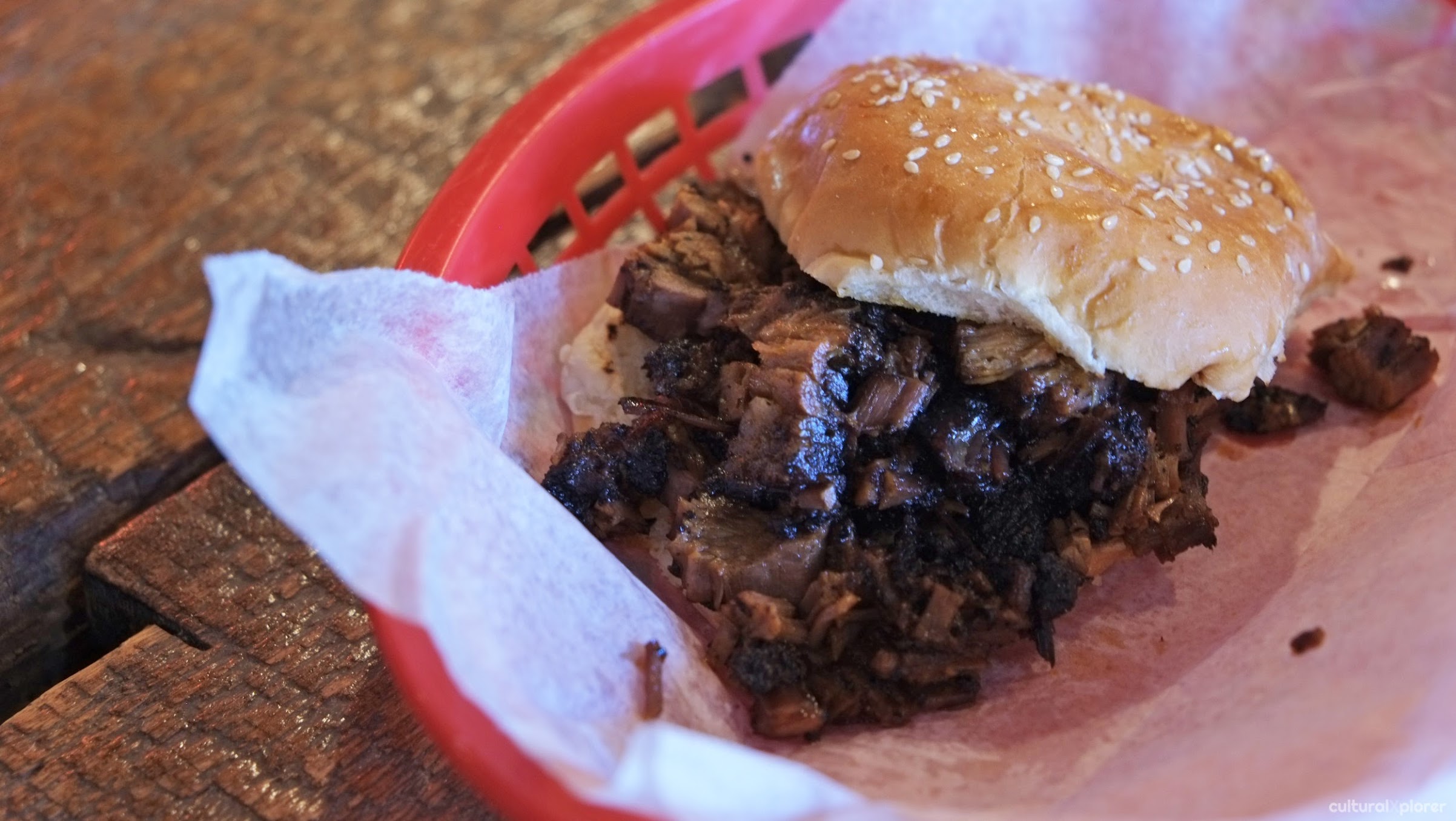 After walking around Williamsburg for about 45 minutes, our group was beginning to get very hungry, so we headed over to Mable’s Smokehouse, a family-owned Texas-style barbecue restaurant (and we all know how much I love Texas barbecue).

I ordered the delicious chopped beef brisket sandwich, and even weeks after eating it, I am still salivating thinking about its crispy deliciousness. I am kind of sad that I did not know about this amazing place before, but now this is going to be my go-to barbecue restaurant in Williamsburg!

After we had our fill of barbecue, it was time to go shopping again, so we headed to the Williamsburg location of the popular Artists & Fleas market. Similar to Brooklyn Flea, Artists & Fleas is a year-round indoor market that sells both vintage and unique items by local artisans.

This is a great place to go and ‘shop local’ and definitely a place that I would return to if I wanted to buy hand-crafted items and one-of-a-kind gifts. 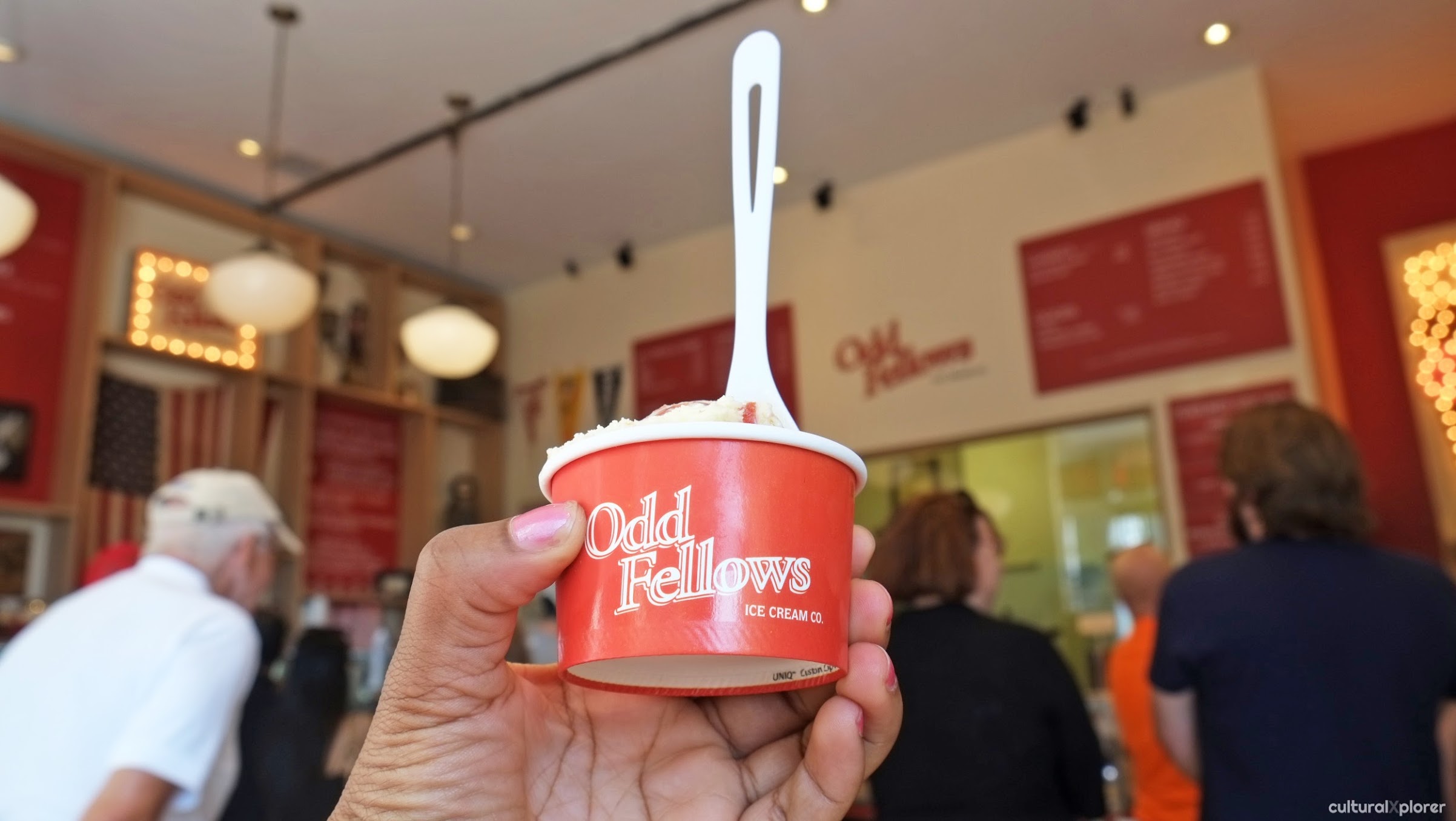 A lot of shopping can build up an appetite, so after leaving Artists & Fleas, we made our way over to OddFellows Ice Cream Co., a small batch ice cream shop that is well known for its extremely unique ice cream flavors, such as Thai Iced Cream and Oatmeal Cookie Dough.

I ordered a scoop of the Miso Cherry flavor, which tasted like an interesting blend of miso soup and cherries, a combination one would not typically think of eating together. Somehow the blend worked and I hungrily devoured every last spoonful of the ice cream. 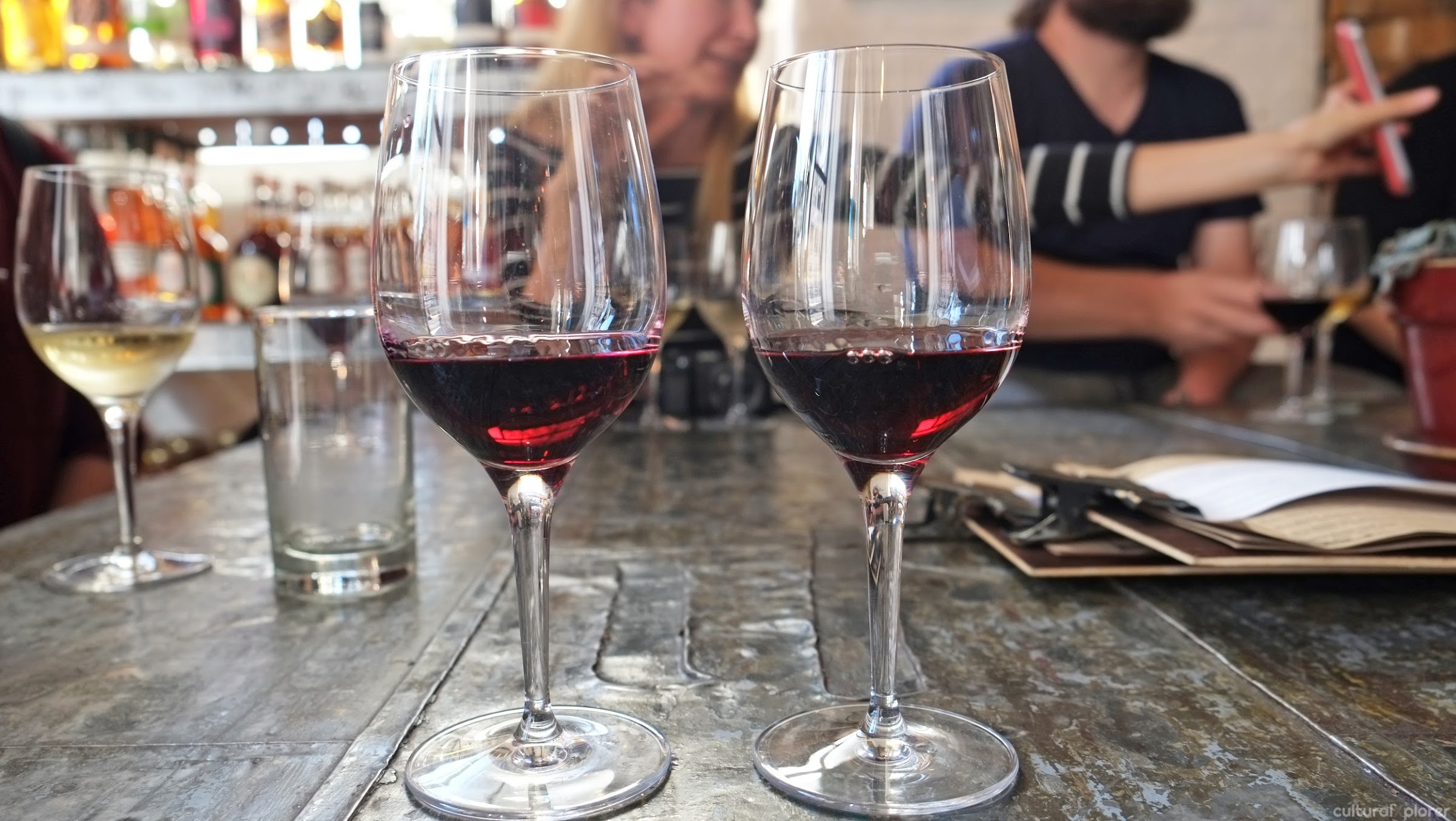 After we finished eating our ice cream, we headed to Brooklyn Oenology. Located in a converted warehouse, Brooklyn Oenology is a locally-focused winery and tasting room that serves wines from their own label as well as from other wine producers around New York State.

If you have been reading this blog for a while, you may know that I have a healthy obsession for wine, and I have enjoyed many wines from New York at places like the Brooklyn Winery (also located in Williamsburg, Brooklyn), on Long Island on a vineyards tour, and recently up in the Fingerlakes region during a trip that I took to visit Syracuse; so it was only natural for me to be ecstatic when finding out that we were going to be having a couple of tastings of wine.

One thing I particularly liked about Brooklyn Oenology was the artwork on their wine bottles. Not only do they use New York City artists to design their labels, but the labels also peel off of the bottles, so you can keep the artwork forever, and that’s pretty awesome! 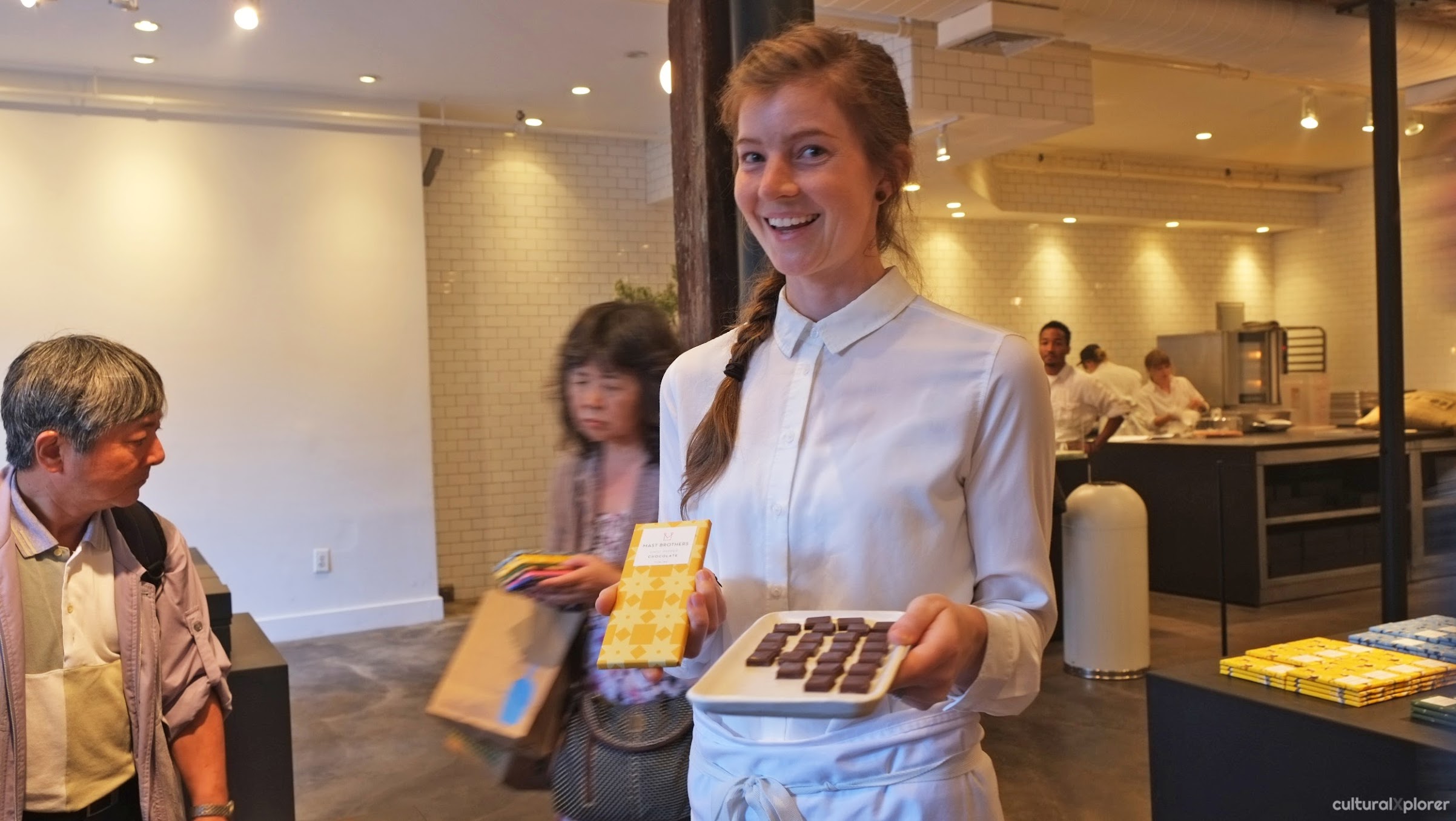 The last stop on our tour of Williamsburg was to the famous Mast Brothers Chocolate, a high-end chocolatier that crafts dark chocolate bars & baked goods.

In addition to being able to purchase chocolate bars at the Williamsburg location of Mast Brothers, you can also sample some of their finest chocolates and look through a glass window into their kitchen where you can watch how the chocolate is made.

If you are interested in taking a tour of Williamsburg, Brooklyn with Like a Local Tours, check out their three-hour Sunday Funday Brooklyn Tour ($55), which includes: Winery & Brewery Tours & Tastings, Tastes of Local Eats & Treats, and History of the Neighborhood & Local street art.

If you are looking to discover more of the food side of Williamsburg, they also offer a 2.5 hour Williamsburg Bites tour ($50), which includes popular spots such as:Momofuku Milk Bar, The Bagel Store, Odd Fellows Ice Cream, Pies N Thighs, Best Pizza, and Mast Brothers Chocolate Factory.

FTC Disclosure: I was a guest of Like a Locals Tour, however as always, all opinions are my own.