There are a lot of interesting places to visit in Japan, and the themed cafes in Tokyo certainly are high on the list of strange, bazaar, and unusual things to see in the city.

During my visit to Tokyo, I aimed to visit as many themed cafes as I could within the short week that I spent in the city. I ended up visiting a total of five cafes and restaurants including a maid cafe, an owl cafe, and a restaurant full of robots!

Visiting an owl cafe was truly one of the most interesting things that I have ever done in my entire life.

For one hour, I was given the opportunity to play with a variety of owls at Fukuro No Mise that ranged from small and fluffy to large and curious. The one thing that I really enjoyed about my owl experience was being able to place the small creatures on my head and my wrist. I especially loved petting their soft cloud-like feathers!

Pom Pom Purin is one of the cutest themed cafes in Tokyo.

Named after a yellow golden retriever named Purin, Pom Pom Purin serves up various puppy shaped desserts and small meal sets. Although I was not familiar with the character prior to visiting Japan, I learned that he is one of the most popular characters in the Sanrio collection (which is the maker of Hello Kitty and Melody).

Alice in a Labyrinth Cafe, Ginza

When you step into the Alice in a Labyrinth themed cafe in the neighborhood of Ginza, you will automatically be transported into a fantasy land.

Upon entering you will be greeted by young ladies dressed in Alice in Wonderland costumes that prance around from table to table as patrons ring bells to get their attention. A lot of thought and dedication went into this cafe and the staff gets completely involved in the fantasy world. 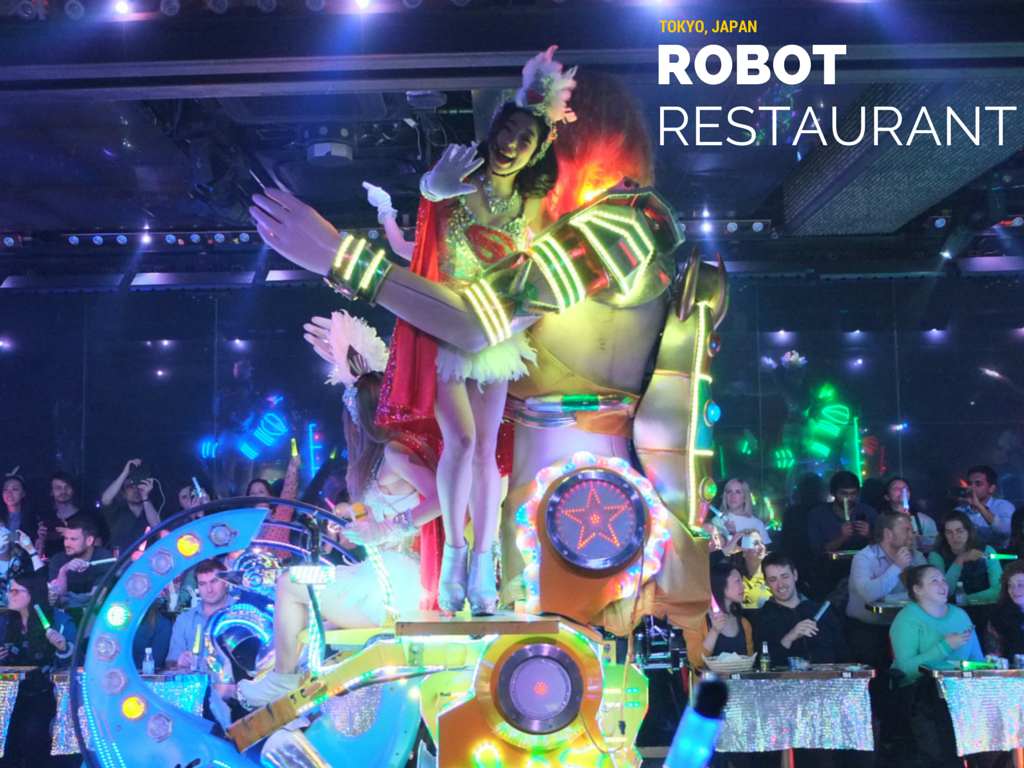 I have already dedicated an entire post to Tokyo’s Robot Restaurant, and although it is technically not a cafe, I definitely feel as if it should be on this list of unique themed places to eat in the city.

Guests of the Robot Restaurant are provided with an hour and a half of pure entertainment. In addition to massive robots, the Robot Restaurant also has high energy girls dancing around to pop songs and an enthusiastic cast of glow in the dark men popping and locking to tunes by Michael Jackson.

I barely dented the surface of all of the themed cafes that Tokyo has to offer. Check out the sites below for other themed cafe ideas in the city and don’t forget to read about my experience at a maid cafe in Akihabara!

Have you ever visited a themed cafe or restaurant in Tokyo?