Viñales was never on my radar when I made the decision to visit Cuba; in fact, prior to setting foot in the country, I had never even heard of the small town located in the western province of Pinar del Río.

So how did I end up there?

The night before I boarded the bus bound for Viñales, I was having drinks in Habana with my travel blogging friend Robert  when he invited me to tag along with him and his friend Dora on their trip to Viñales. I was so excited when Robert told me that the town was well-known for their production of Cuban cigars and I jumped at the opportunity to not only have travel buddies for a couple of days, but also to experience the process of Cuban cigar production.

After reading about a number of Cuban cities prior to my trip but never coming across the name of Viñales, I was under the impression that we would be visiting a region with little to no tourists. I was surprised to find out how wrong I was when we arrived to the town and passed house after house that operated as casas particulares. When our bus dropped us off in the center of town, I noticed just how heavily the city relied on tourism, there were a large number of tourists patronizing the restaurants and vendors on the streets selling Cuban souvenirs. 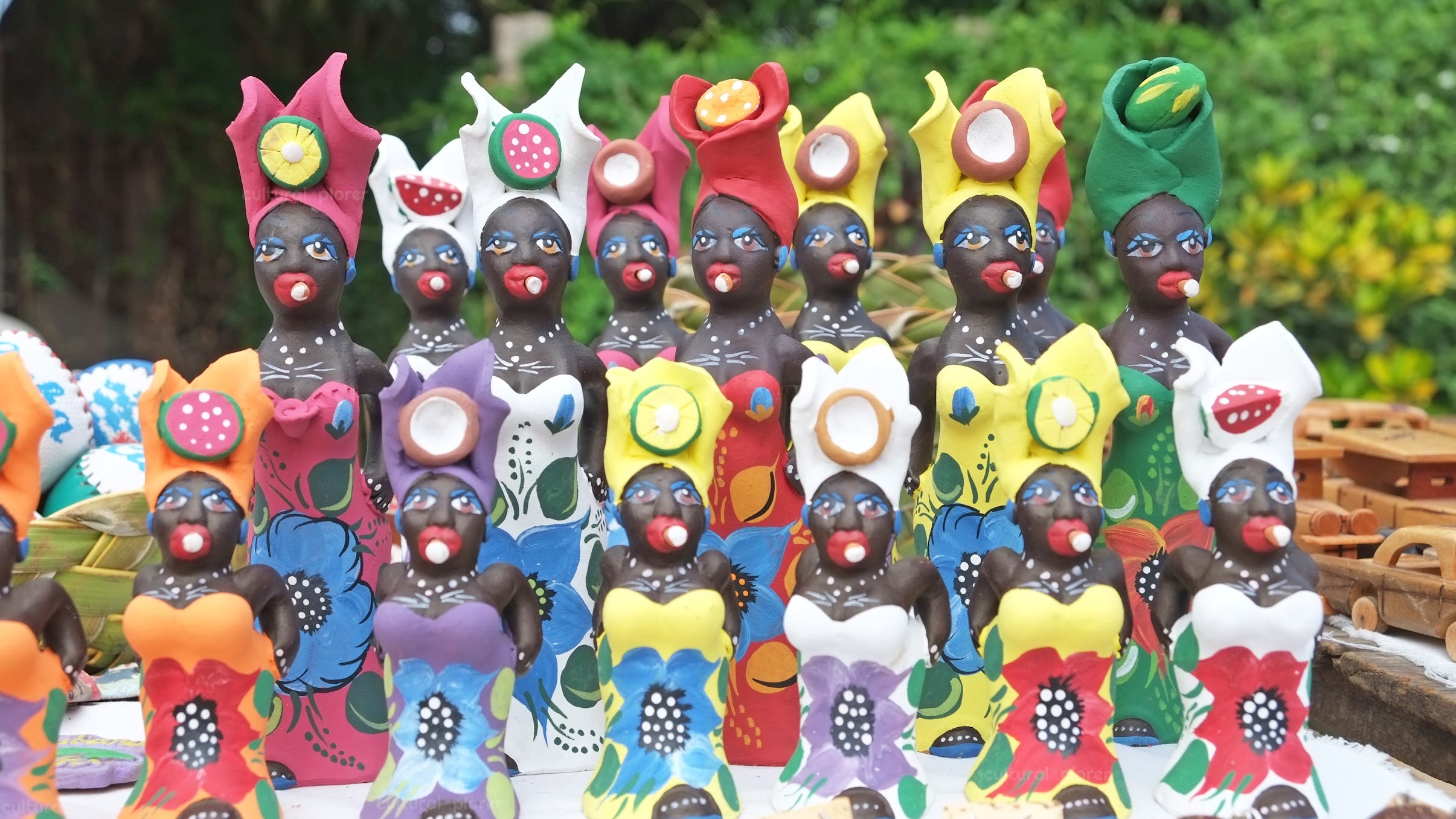 Even the souvenirs smoke cigars

After checking into our casas particulares, Robert, Dora, and myself headed out to explore the little town. In addition to meeting some friendly locals on the street who were curious to know where we came from, we also stumbled upon a store selling Cuban cigars which was followed by an impromptu photoshoot in front of the Sacred Heart of Jesus Parish Church located in the center of town. 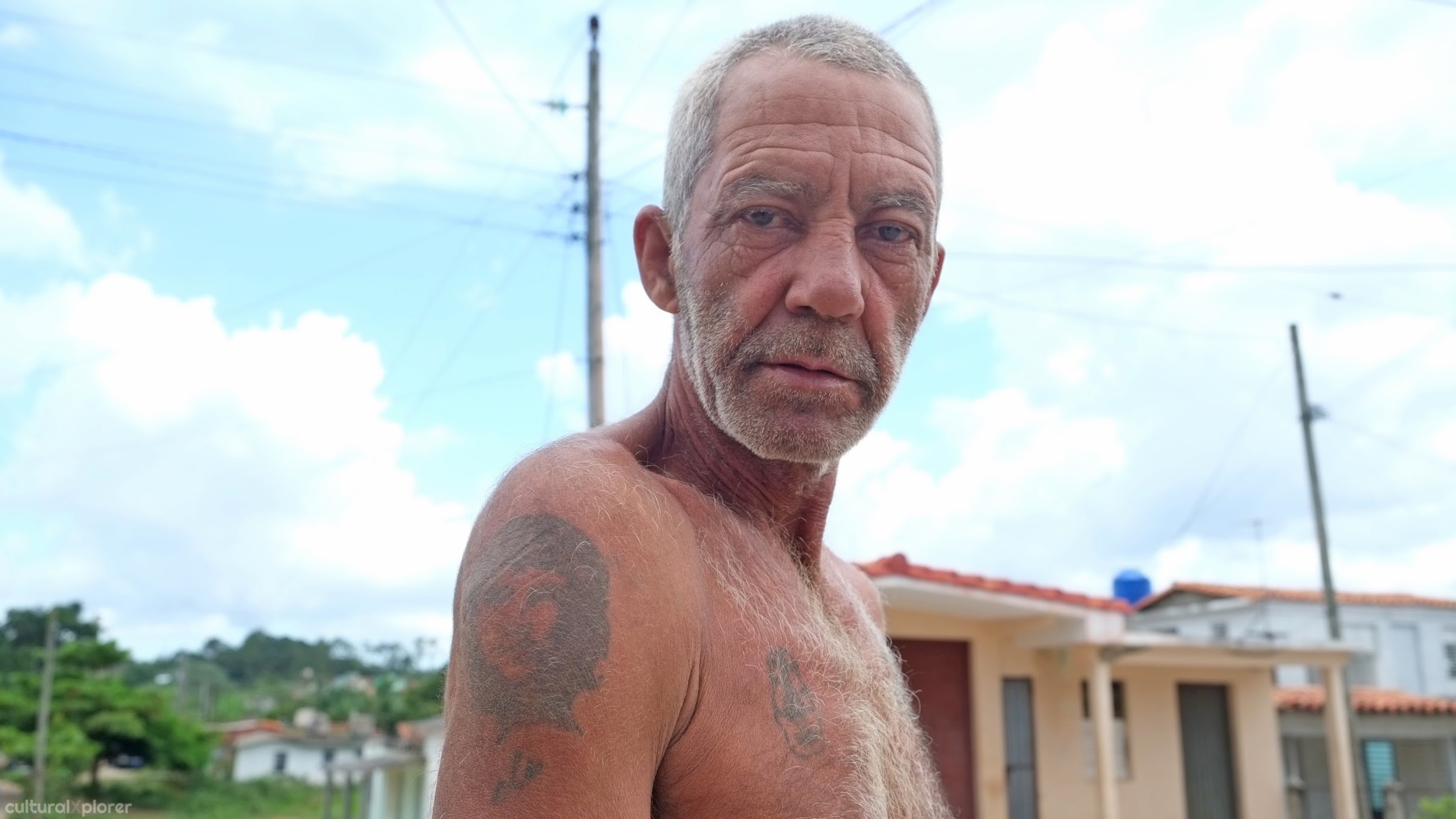 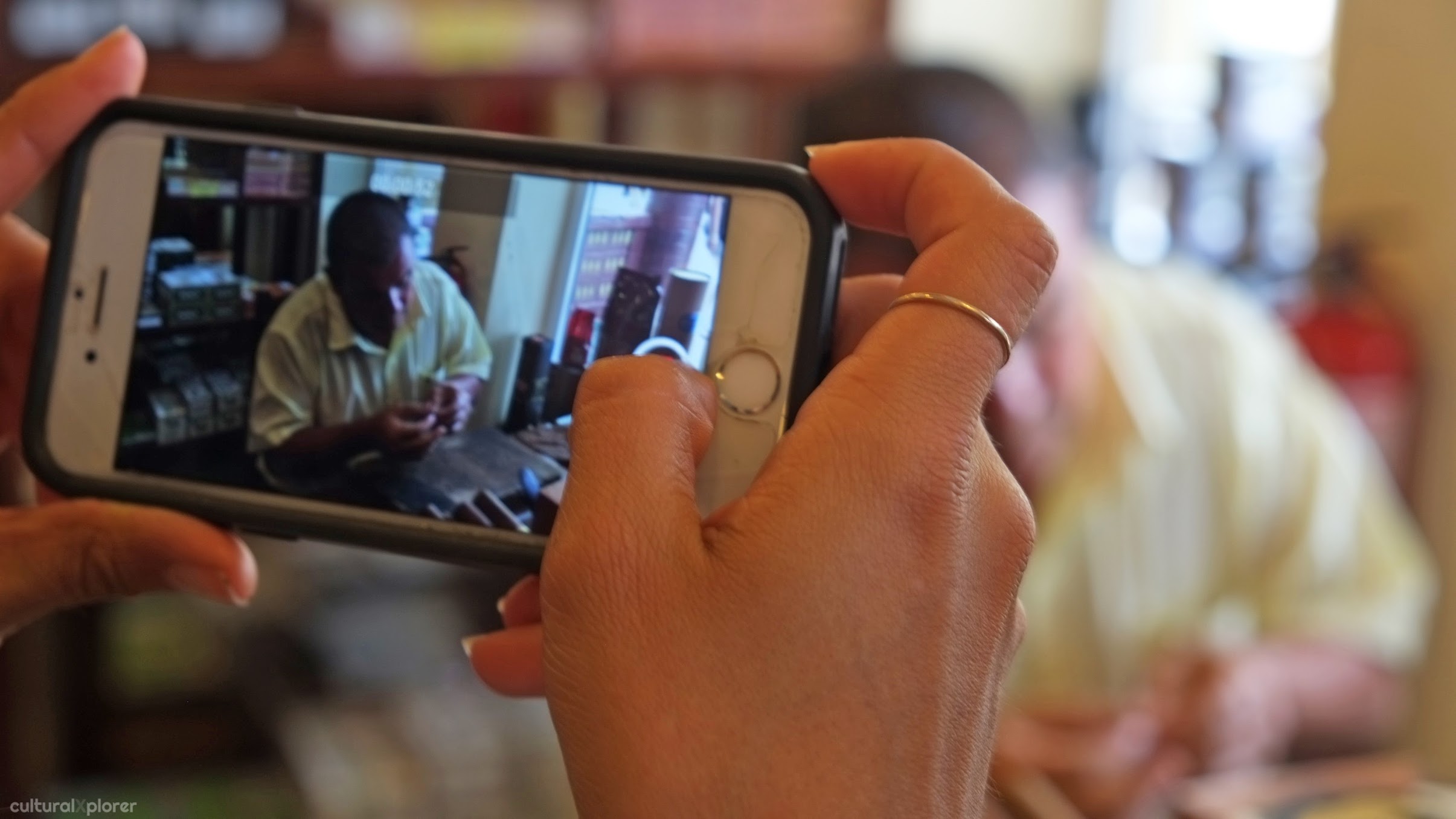 Watching cigars being rolled in the center of town 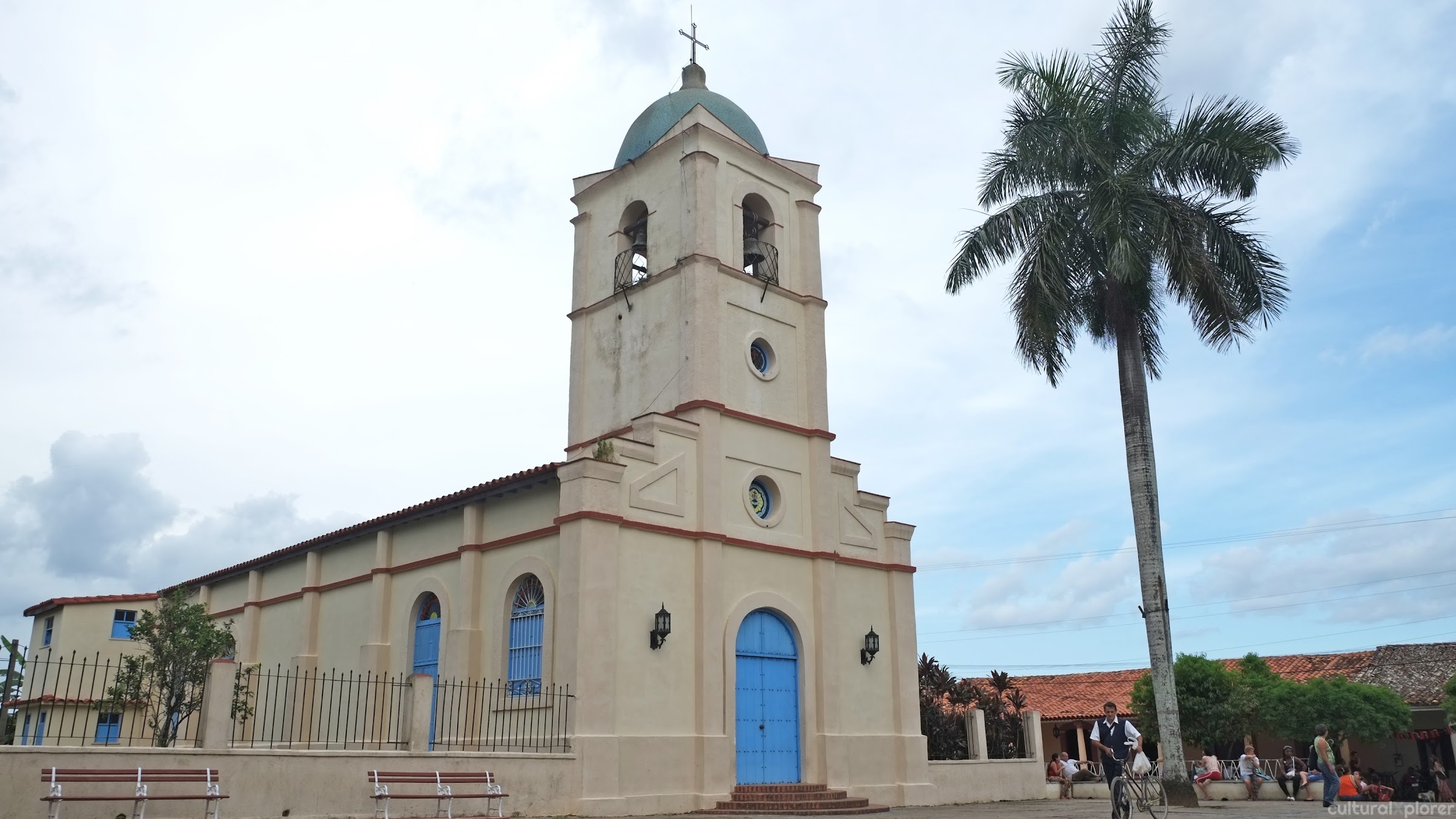 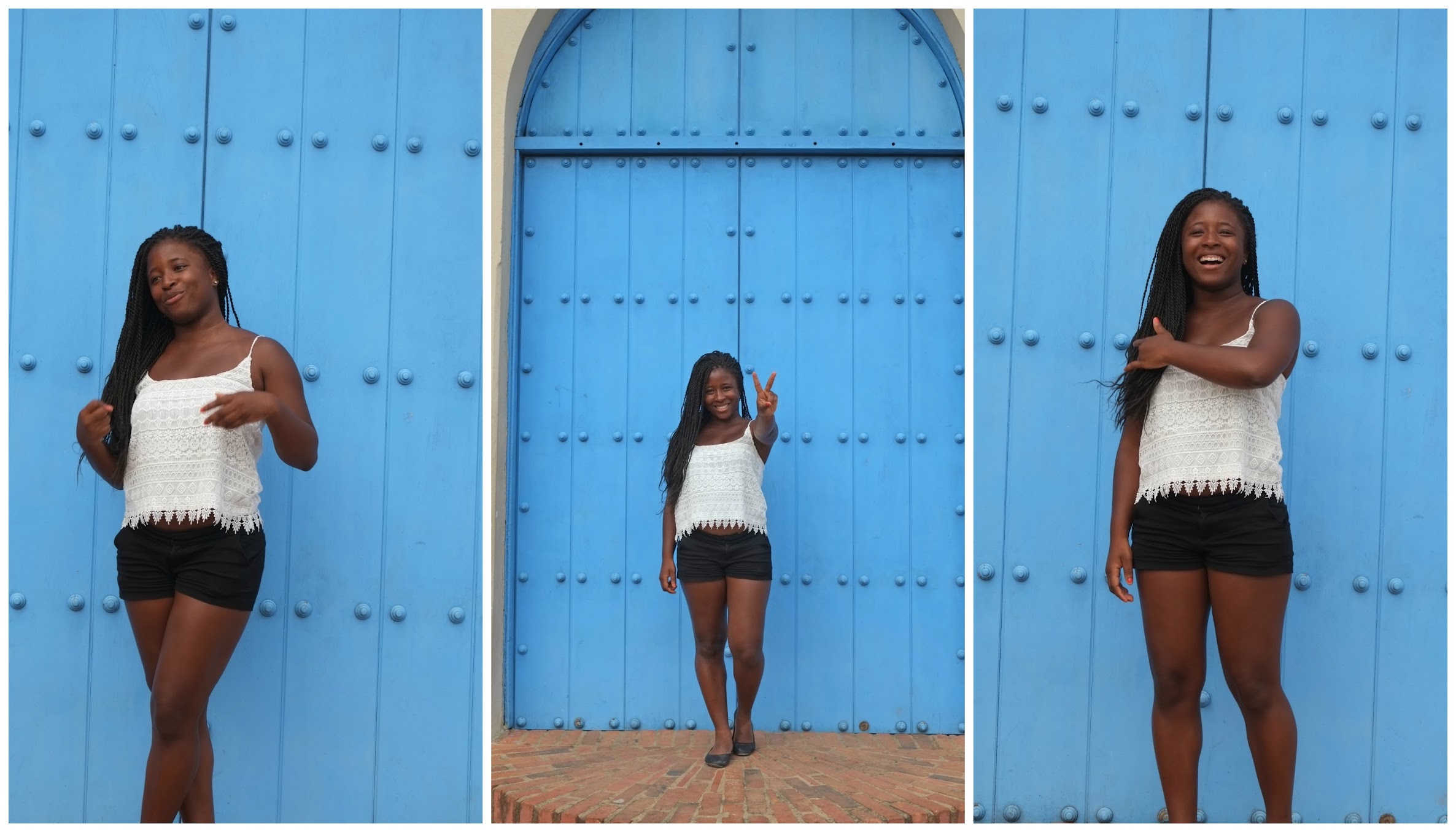 After snapping away photograph after photograph in front of the church, the three of us decided to embark on a little adventure to discover Viñales outside of the main part of town.

We were tipped off by an American filmmaker we met in the cigar shop who told us that if we made our way out of the main tourist area, we would come across a dirt road that would lead us to a large open field and an area where we could meet local cigar makers. We decided that we would look for the path and find out where we could get authentic homemade Cuban cigars. 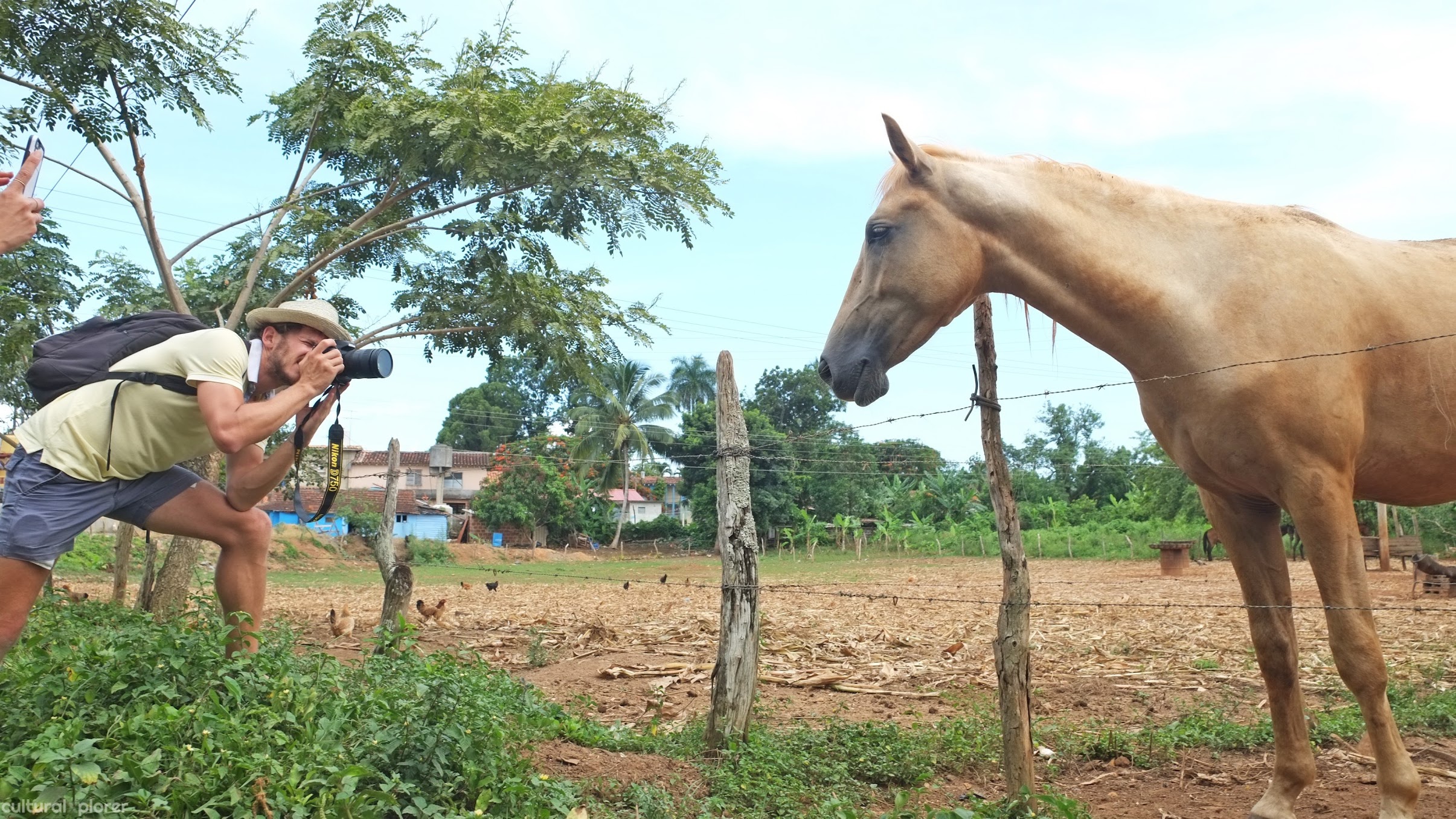 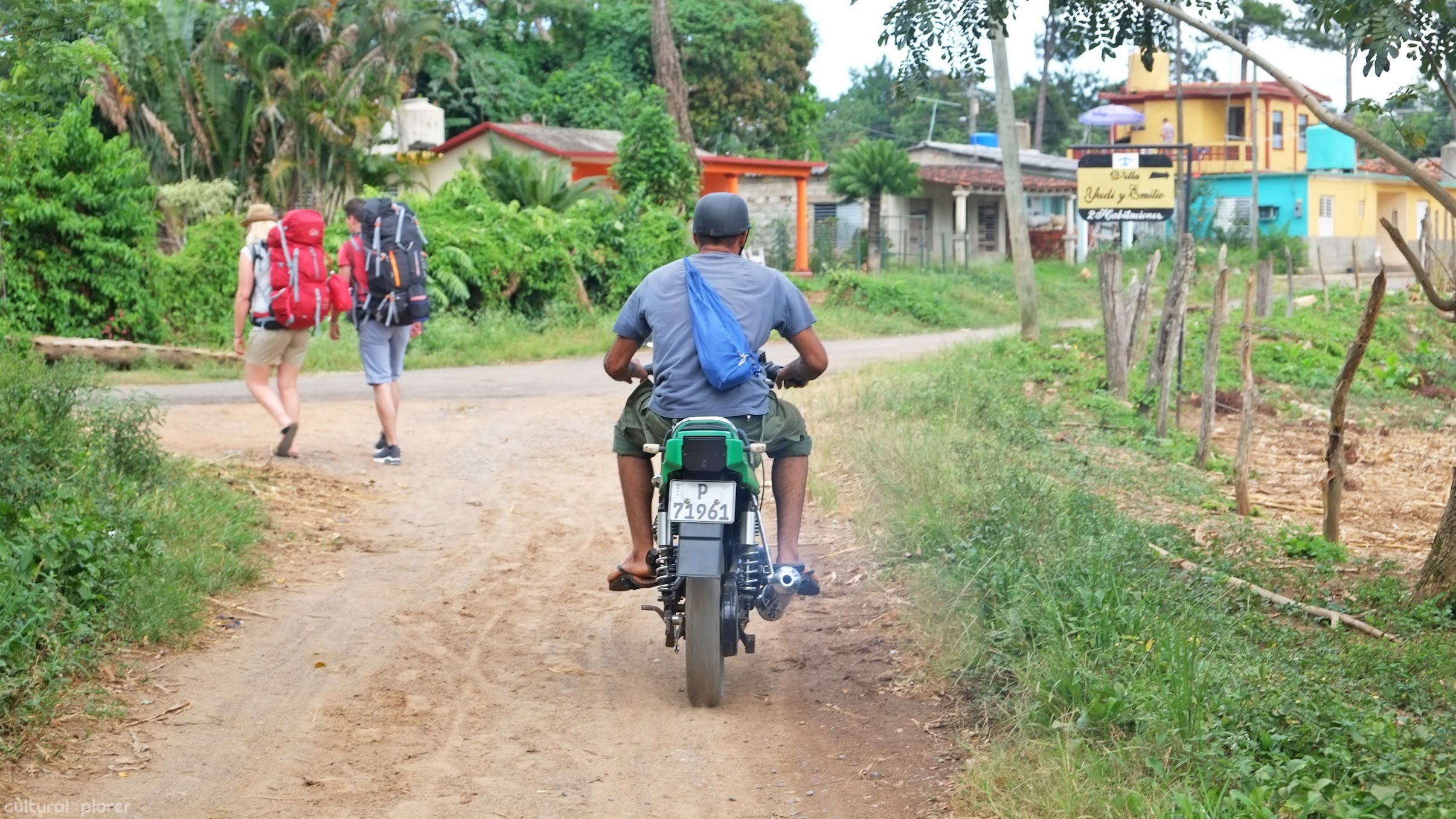 As we descended down the dirt road, we came upon a tree-lined dirt path. We had no idea where the path led, but we were eager to find out. As we walked further and further down the path, the anticipation began to build as we were curious as to where it would take us.

After about ten minutes of walking, the path cleared and led to a large open field surrounded by mountains. A little grey house with blue shutters sat alone in the field and we decided to head further inwards towards the mountain. 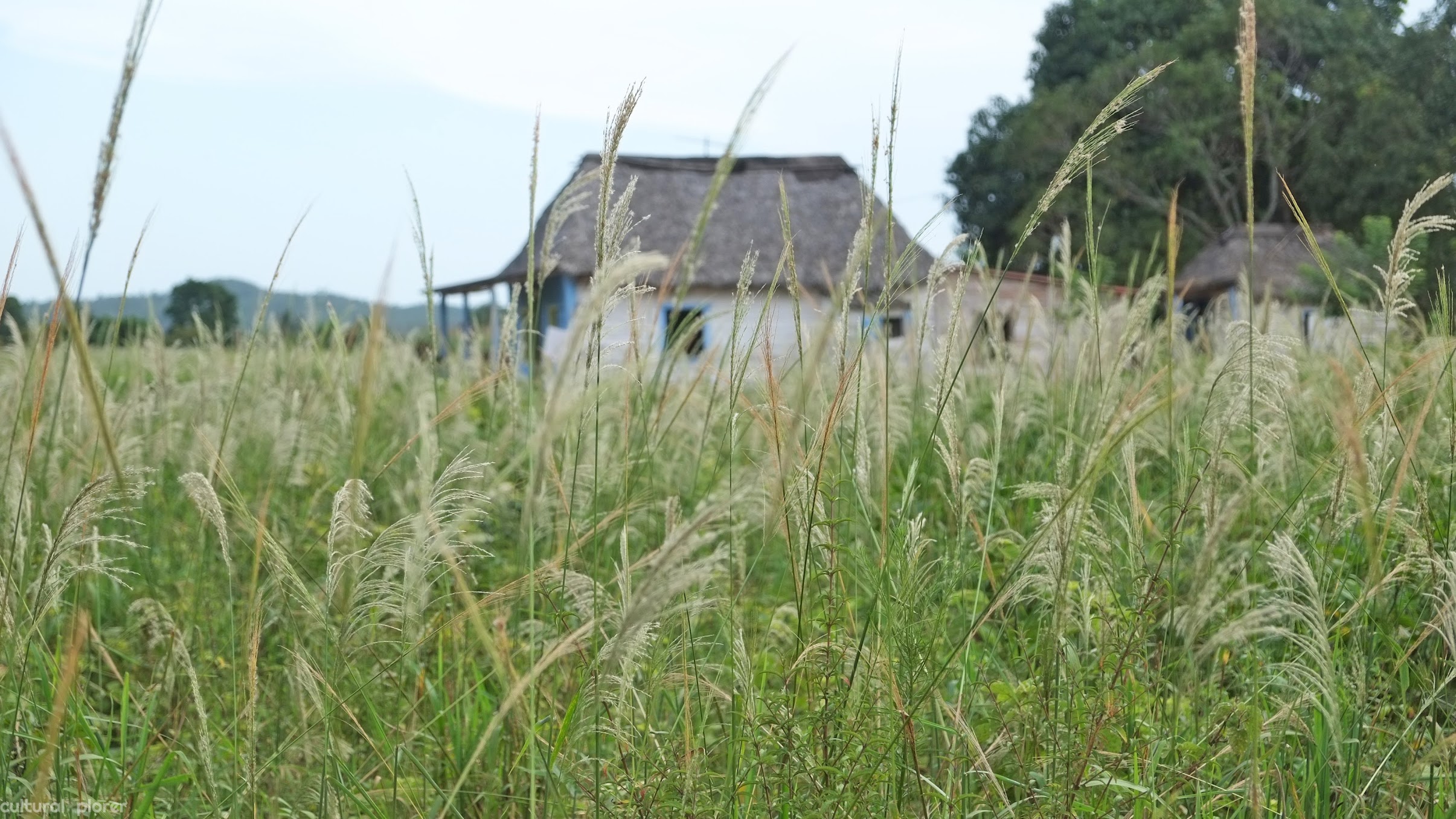 As we made our way towards the face of the mountain, a smiling man with a cigar in his mouth began to walk past us, and then stopped to ask us if we wanted to buy cigars. Without hesitating, we told him that we did.

He introduced himself to us as Domingo and invited us to follow him along to his house. As soon as we sat down, he offered us coffee and fruit and then proceeded to show us how to roll cigars.

After rolling a couple of cigars, Domingo handed one to Dora and she lit it before taking a puff and passing it to me and Robert. She told us that the key to smoking cigars was to avoid inhaling the smoke, but to hold it in your mouth and taste the flavors before letting it pass back out of your mouth.

It took me a couple of tries and and a little bit of choking from smoke inhalation, but after a while, I had smoking cigars down to a science. 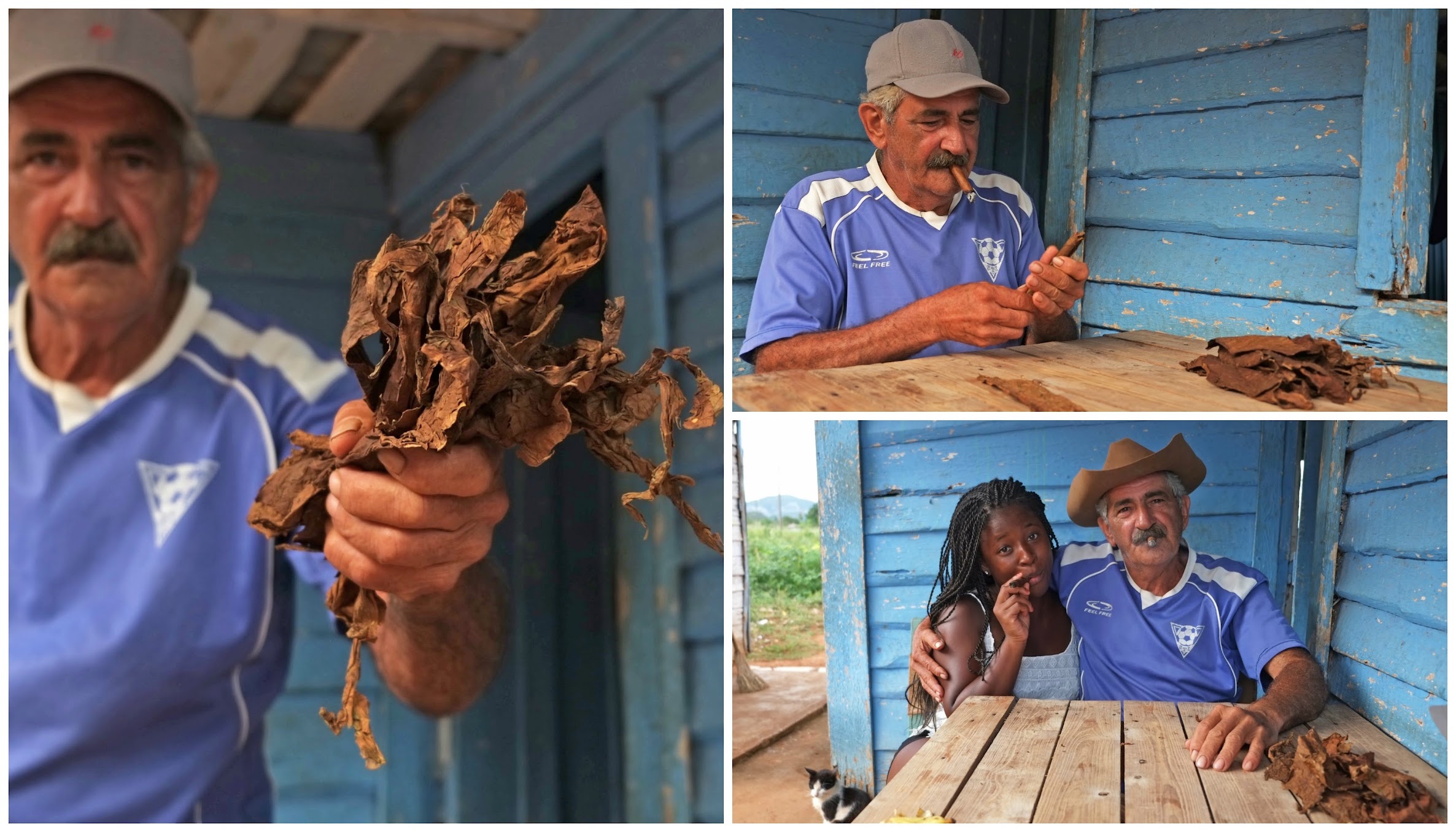 While chatting with Domingo over Cuban cigars, coffee, and fresh fruit, he invited Robert, Dora, and myself to go on a horse tour through the Cuban countryside with him the following day. He told us that we would be able to visit a cave and to see some casas secaderos de tabaco (tobacco drying houses). We eagerly accepted his offer and early the next morning, we set off on a horse riding adventure into the countryside. 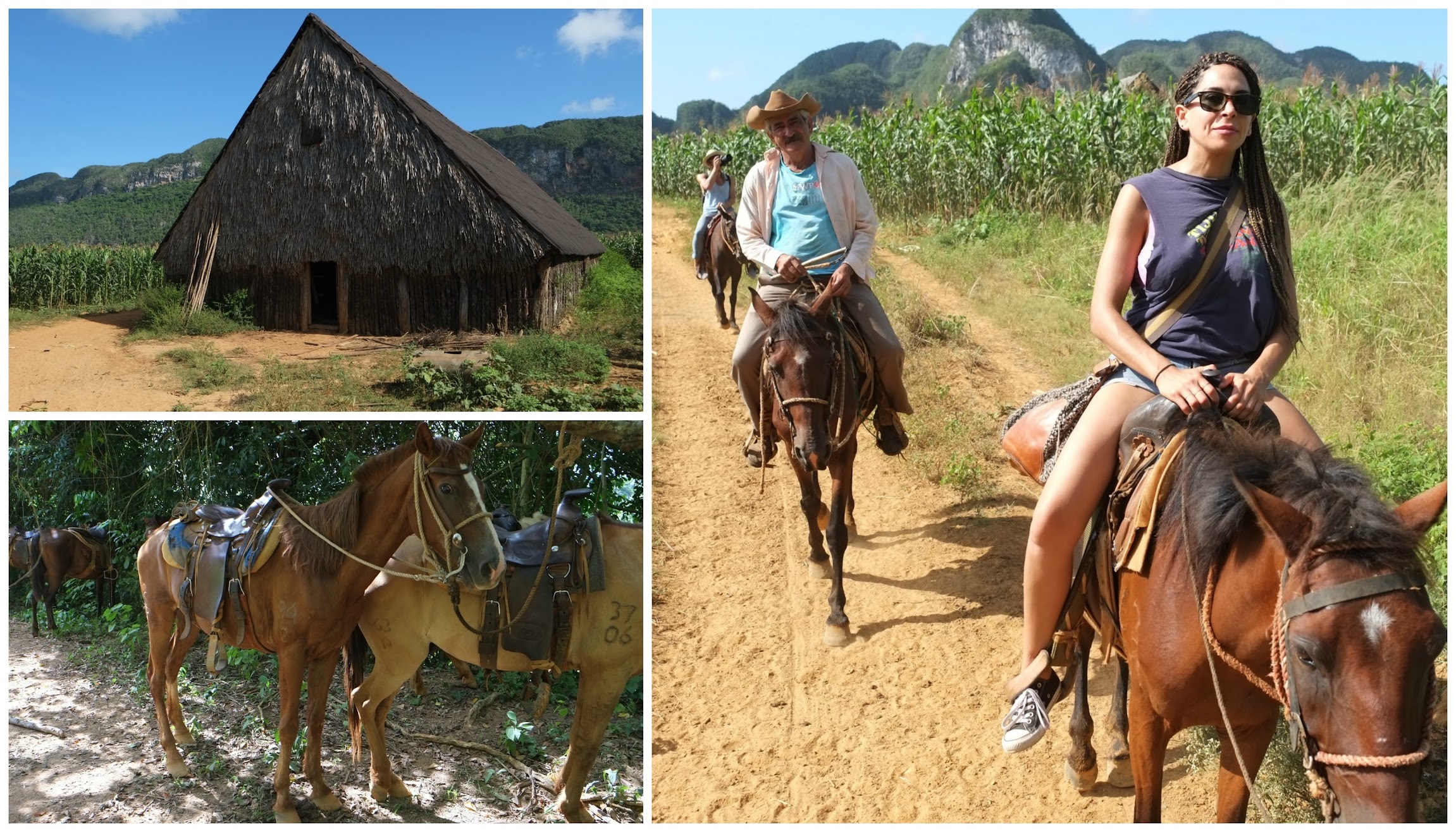 It was my first time riding a horse outside of a carnival, so I was a little bit nervous about how the ride would go. My horse had a little bit of an adventurous spirit and tried to take over and forge a path of his own, but Domingo kept him in check.

The Cuban countryside was beautiful as we passed underneath billowing clouds and watched cows grazing sleepily in the grass. 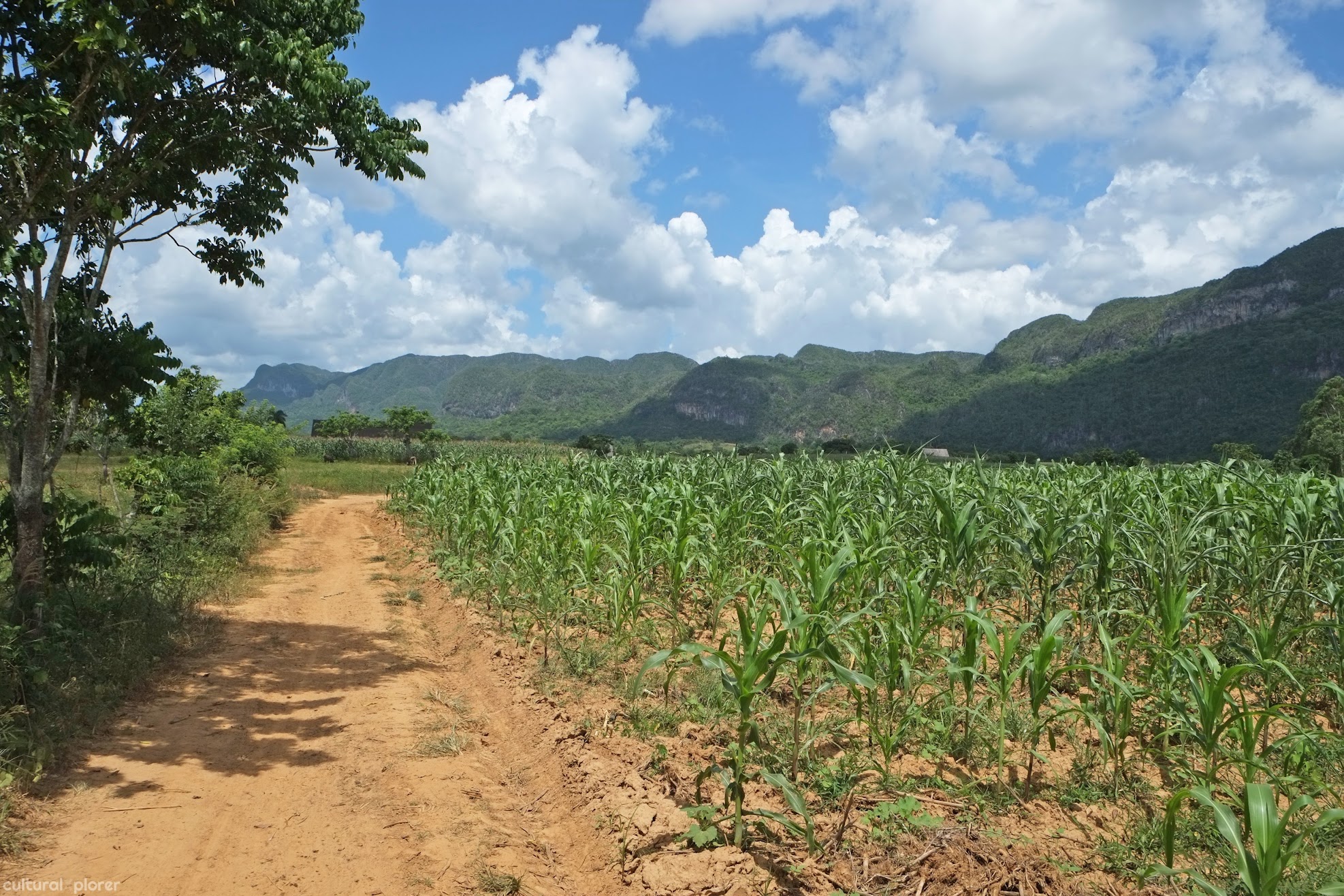 After the four-hour ride was over, we returned the horses back to Domingo’s house, said our farewells to him and his family, and headed back in the town.

After riding in the scorching Cuban sun for the entire morning, Dora, Robert, and I were eager to cool off by taking a trip to the beach.

We all packed into an antique Cuban taxi and made our way to Cayo Jutías, an hour drive from Viñales. 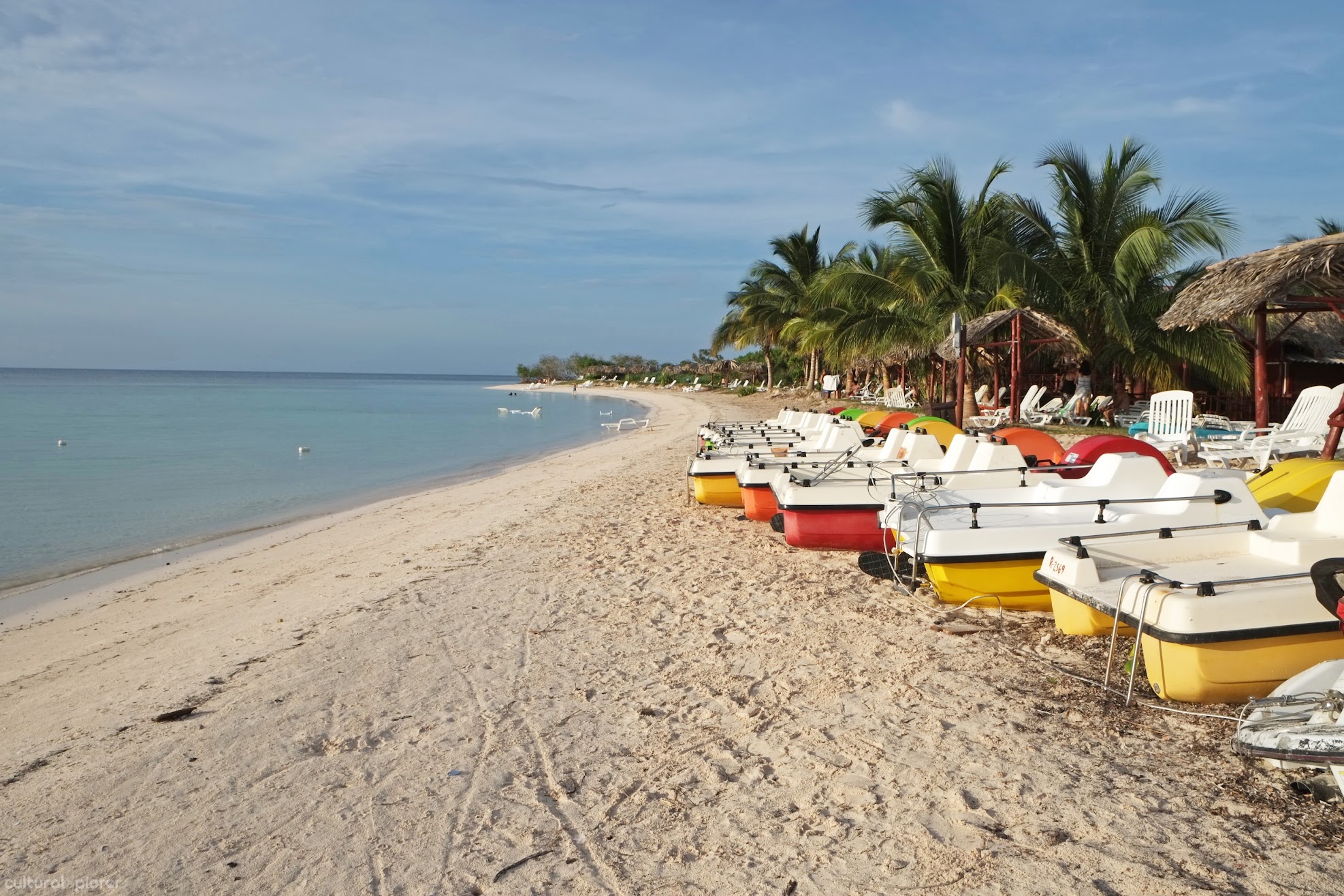 When we arrived to the beach clouds threatened to ruin the relaxing afternoon that we were looking forward to. We decided to wait at the beach restaurant for a little while in hopes that the clouds would dissipate, and luckily about an hour later, they did.

In celebration of the sunshine and ultra-clear water, we broke out some Cuban cigars and took a dip in the lukewarm Caribbean waves. 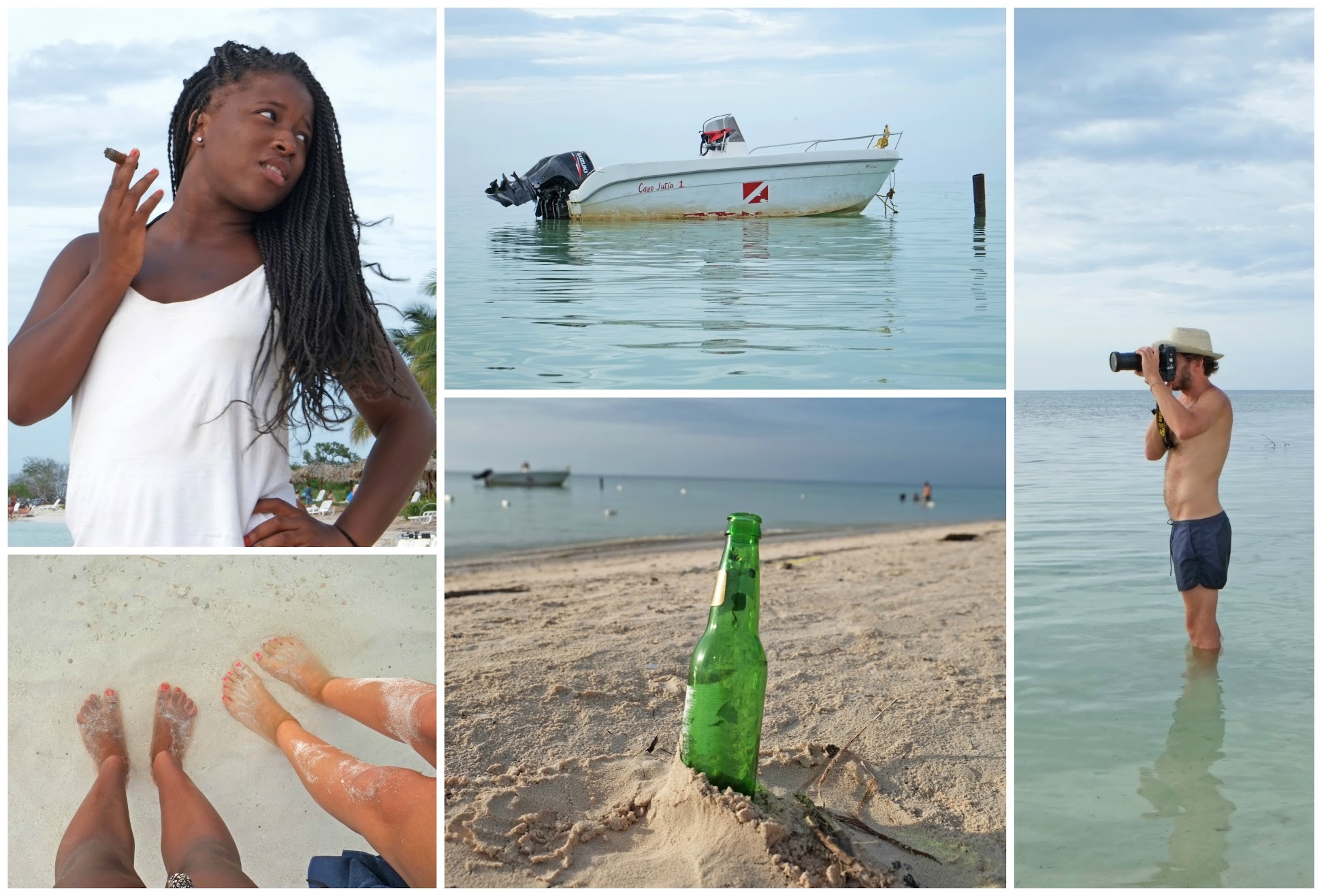 As the sun began to set on my last night in the Viñales area, I thought about how thankful I was for having the opportunity to travel to this amazing place. The time I spent in the city of Havana was great, but I really appreciated being able to get out into the countryside and connect with Cubans and friends over food and cigars. 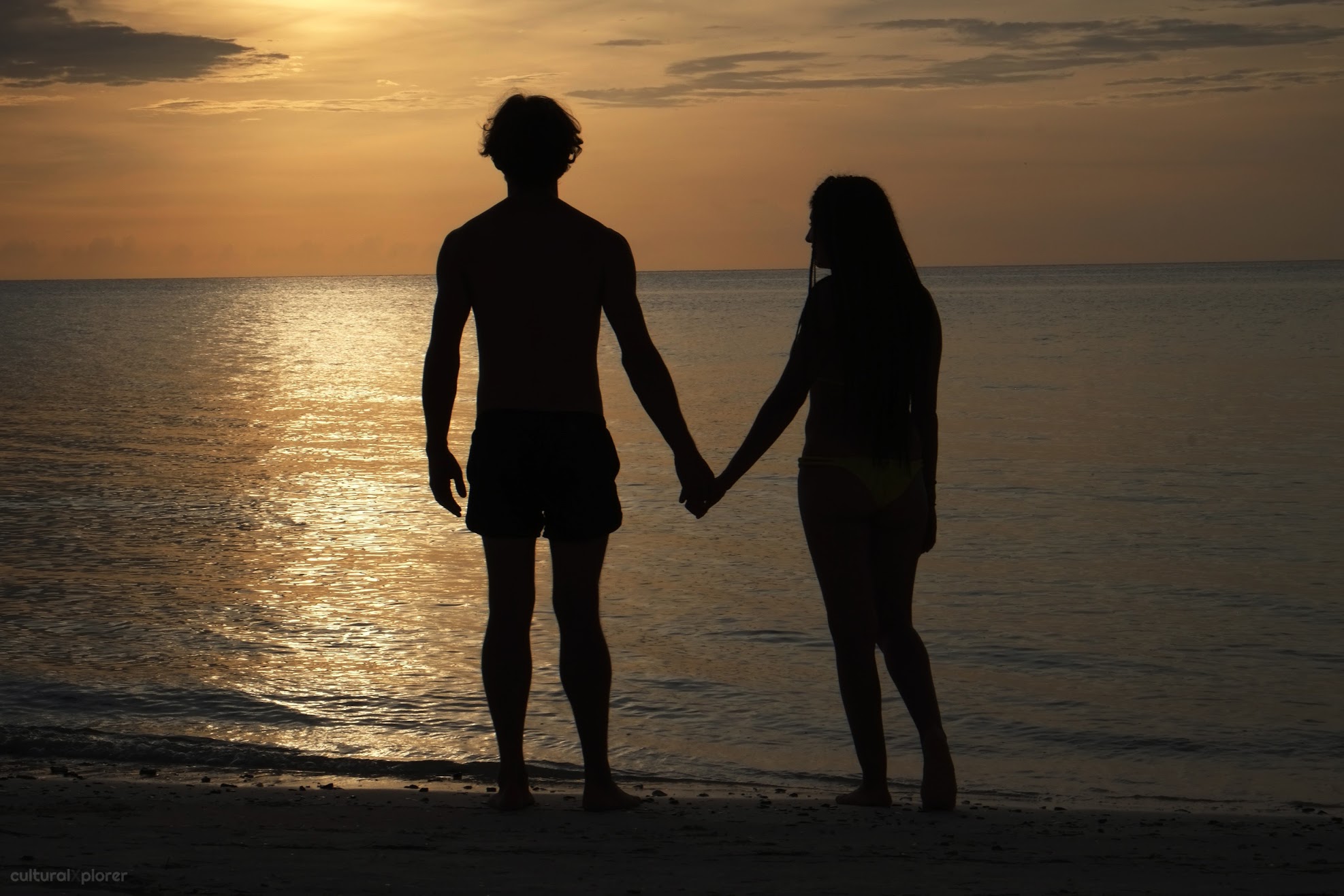 Have you ever been to Viñales before? How was your experience?