11 Things To Do During Your Trip to Havana, Cuba 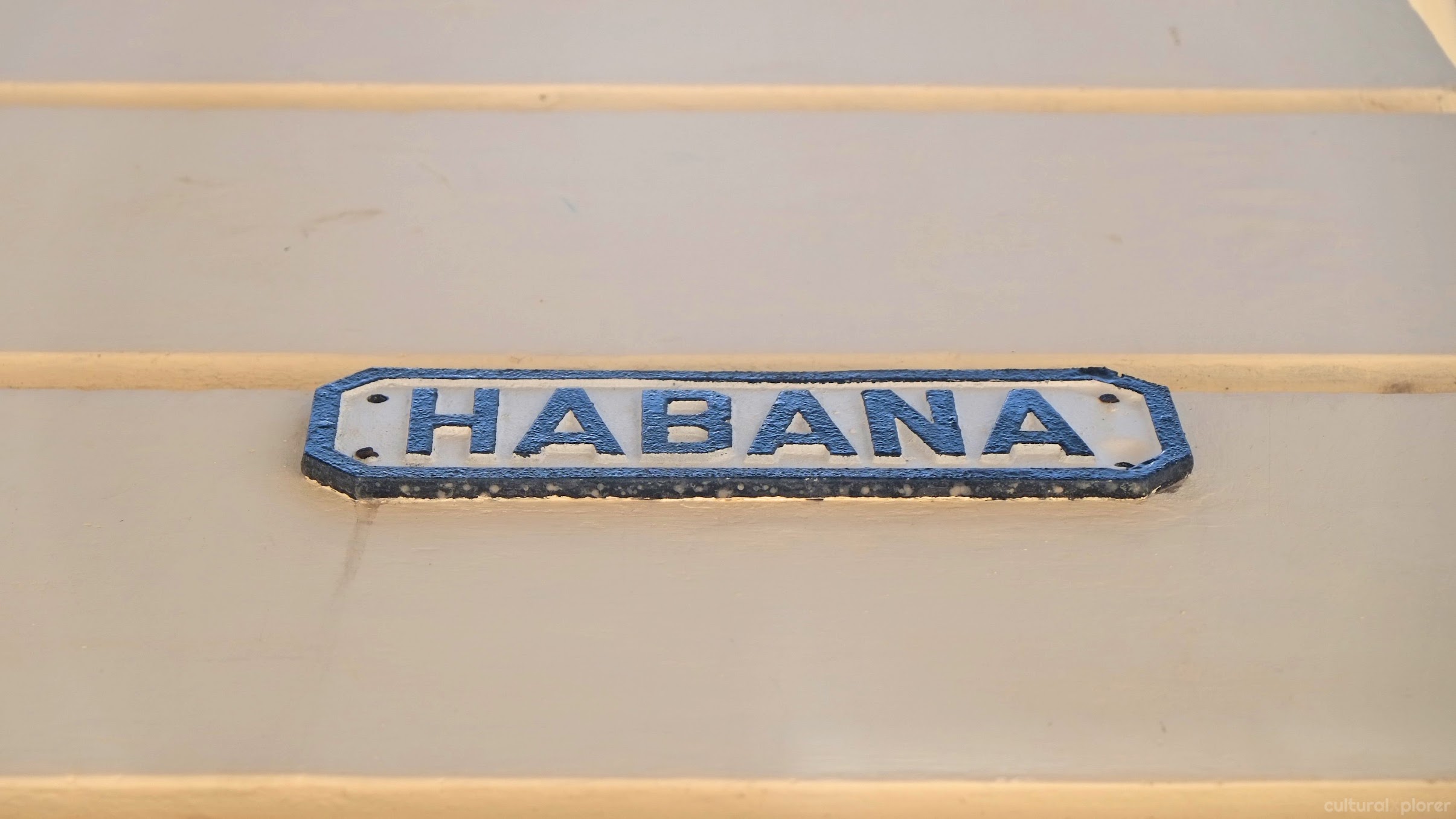 The city of Havana, Cuba is a city unlike any other that I have ever visited in my life.

When I decided take an independent trip Cuba as an American, I really had no idea of what to expect, and nothing could fully prepare me for the adventure that I was going to have.

Many of the buildings in the city look like their glory days have come and gone, and the facades of a number of the buildings are crumbling and fading. Nevertheless, the architecture in Havana is truly magnificent and reflect a time when Spain colonized the country.

There are a number of ways that visitors can spend their time exploring the city of Havana, and here are a list of 11 things to get you started!

Make sure to check out my Flickr album for more photographs of Havana! 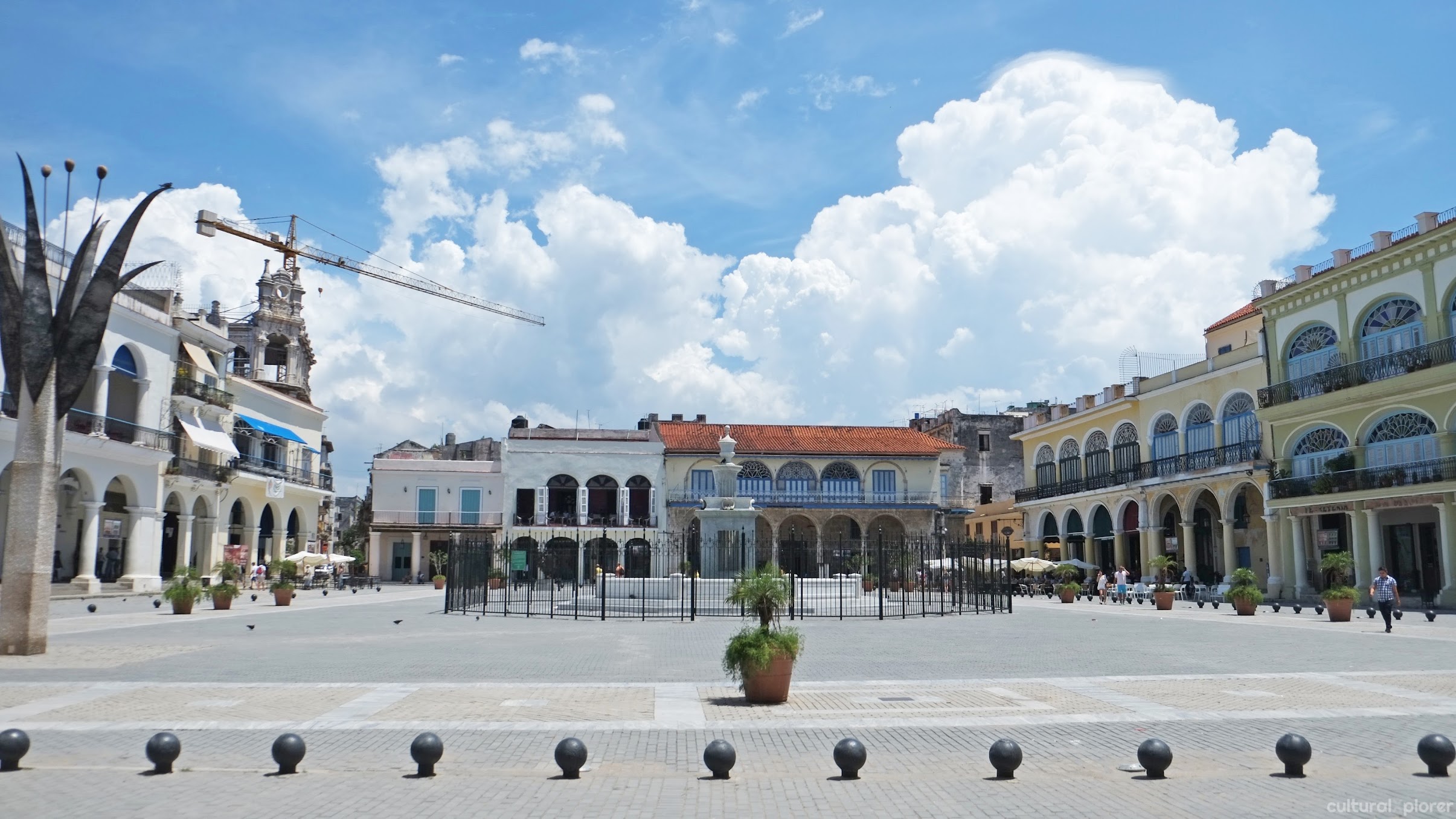 Located in the neighborhood of Old Havana, Plaza Vieja (Old Plaza) was built in the mid-16th century is one of four major open-aired plazas in Havana.

In the past, Plaza Vieja has held executions, bullfights, slave trades, and has played host to a number of parties for the well-to-do. Today, the plaza serves as a nice place to spend time reading a book and do people watching. The plaza also has small shops, cafes, restaurants, and a microbrewery. 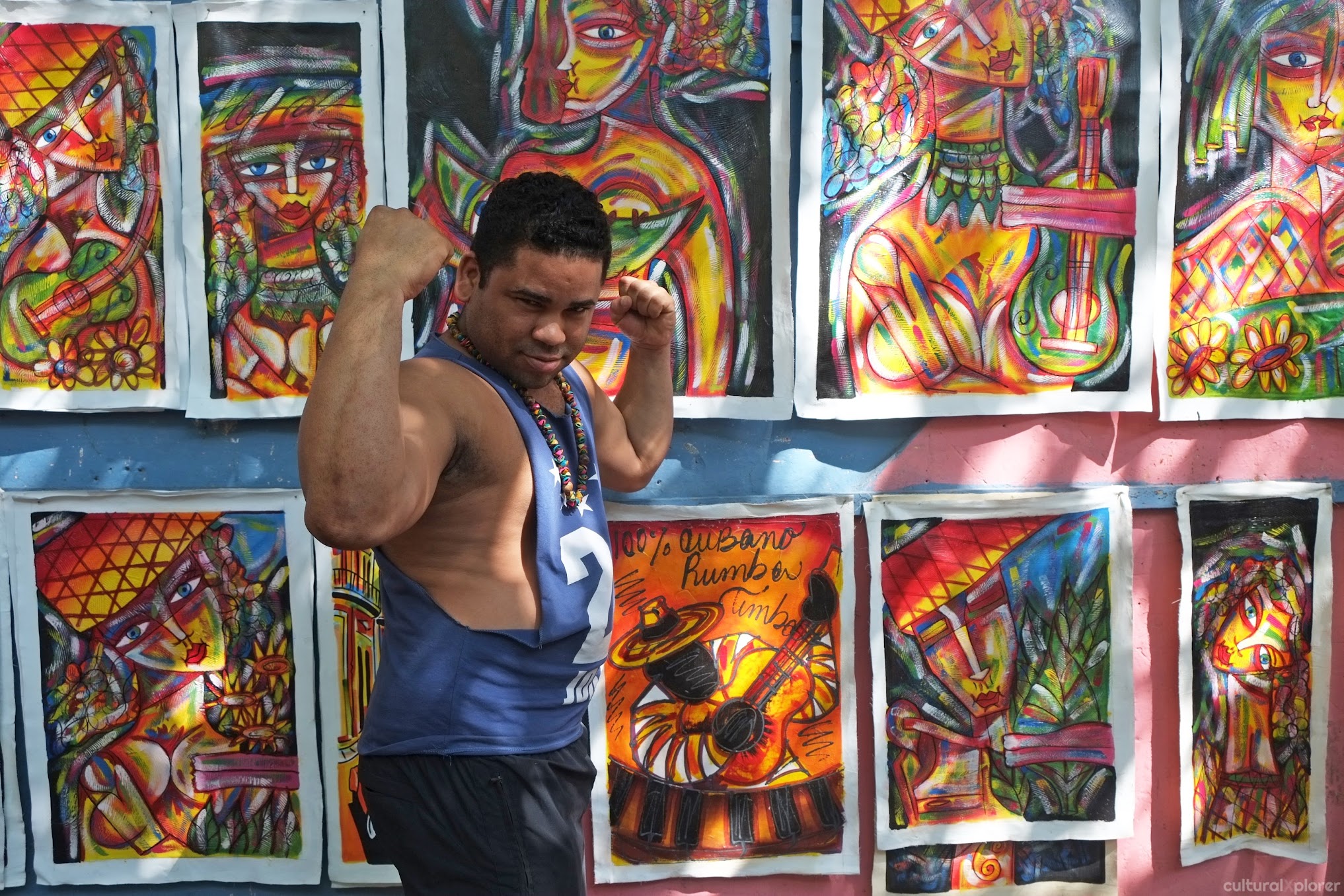 Feria Mercado 23 is a market located on Calle 23 (aka ‘La Rampa’ or Avenida 23) in the Vedado neighborhood of Havana. The market sells a number of handmade goods (such as paintings, magnets, and woodwork) in addition to clothing. The prices at the market can be negotiated and vendors will happily give you a discount if you buy more than one item from them. 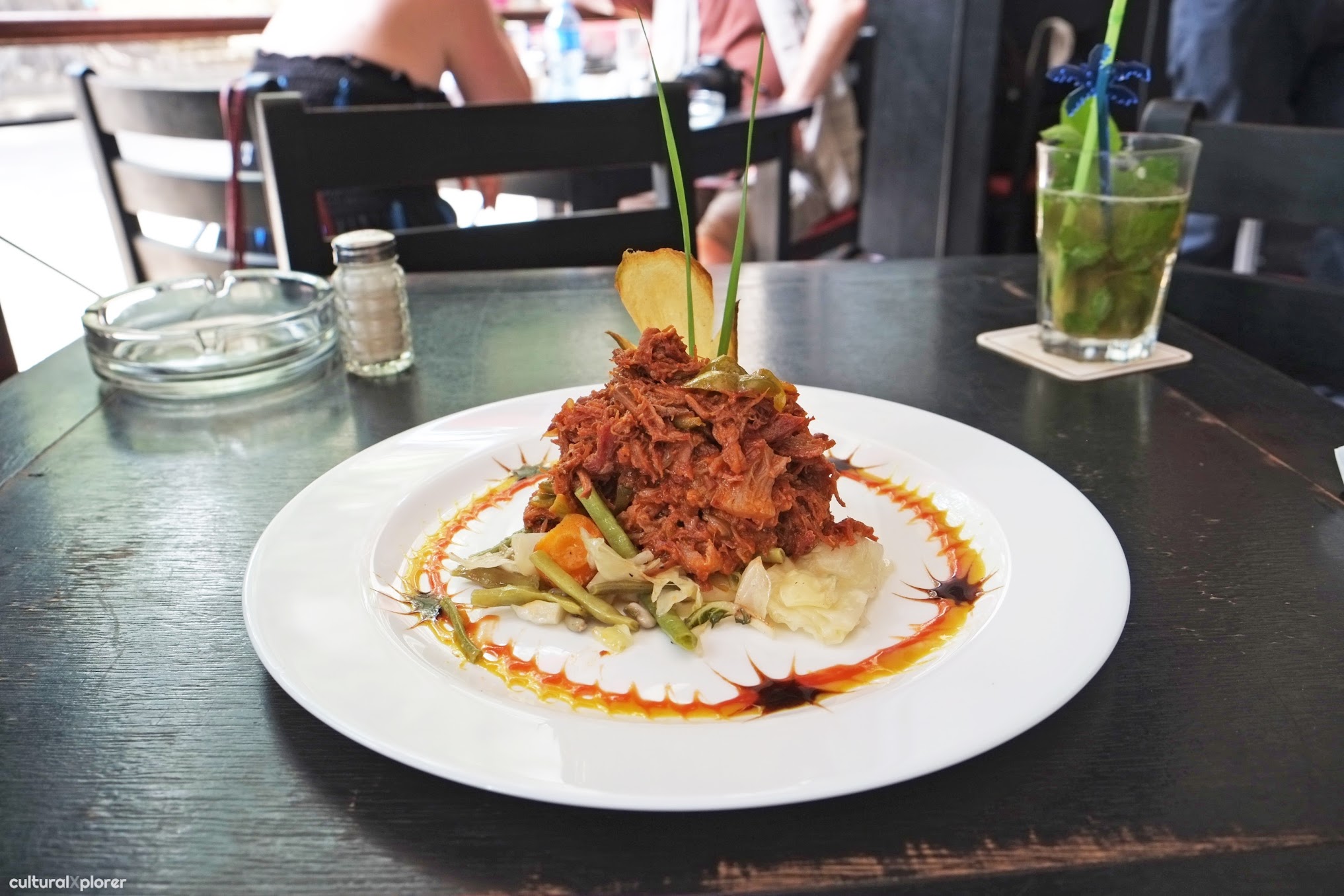 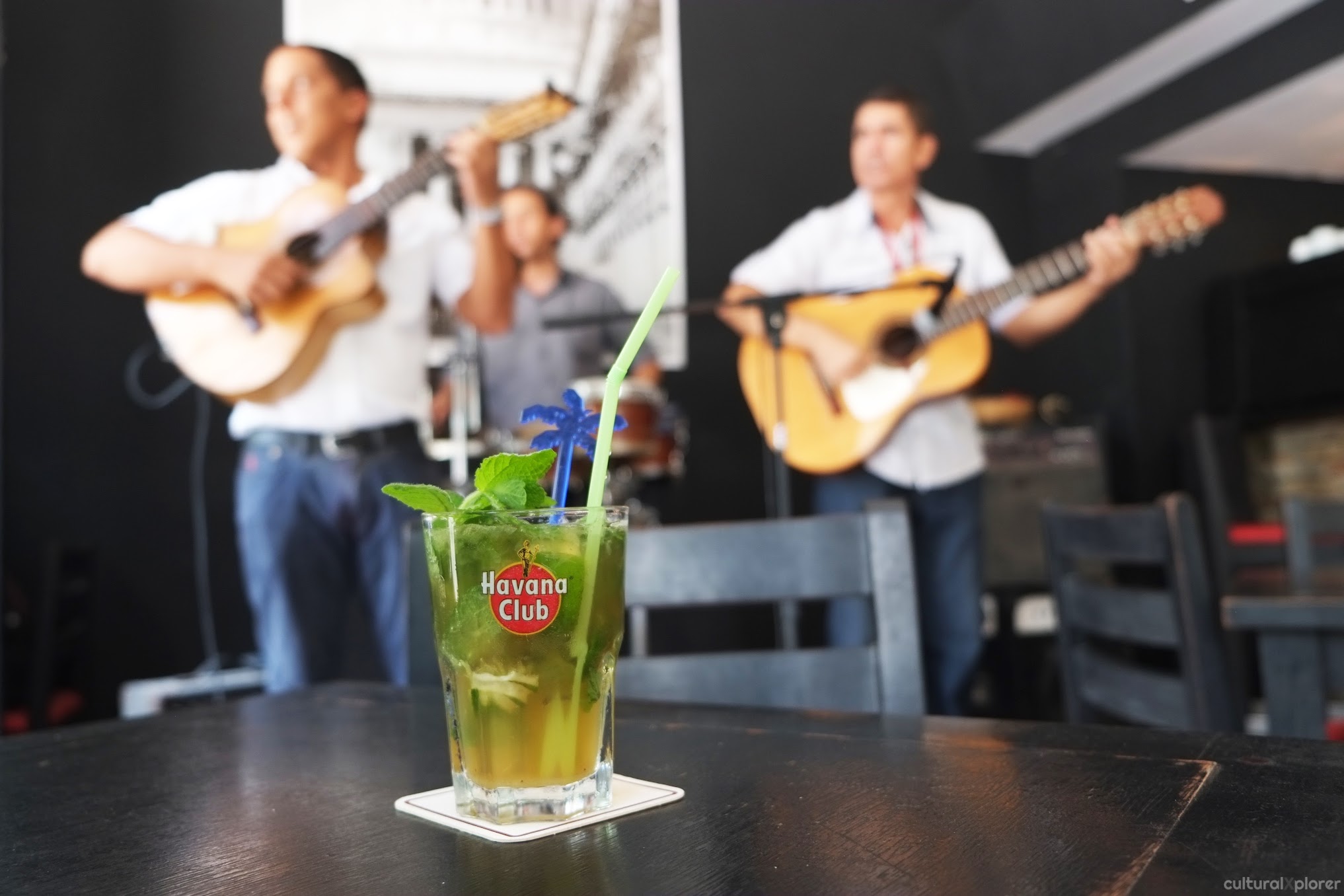 A Mojito made with Havana Club

Ropa Vieja (meaning ‘Old Clothes’) is the national dish of Cuba. Comprised of shredded stewed beef, vegetables, and spices, this meal is the perfect meal for anytime of the day and can be found in restaurants throughout the city.

A mojito is the national drink of Cuba. This drink is a cocktail comprised of Havana Club white rum, sugar, lime juice, sparkling water, and mint.

Just like ropa vieja, mojitos can be found all around the city in every bar. Looking for some suggestions to get you started? Check out this post ‘Top 3 Bars to Get Drunk in Havana Just Like Hemingway‘ by Just Travelous. 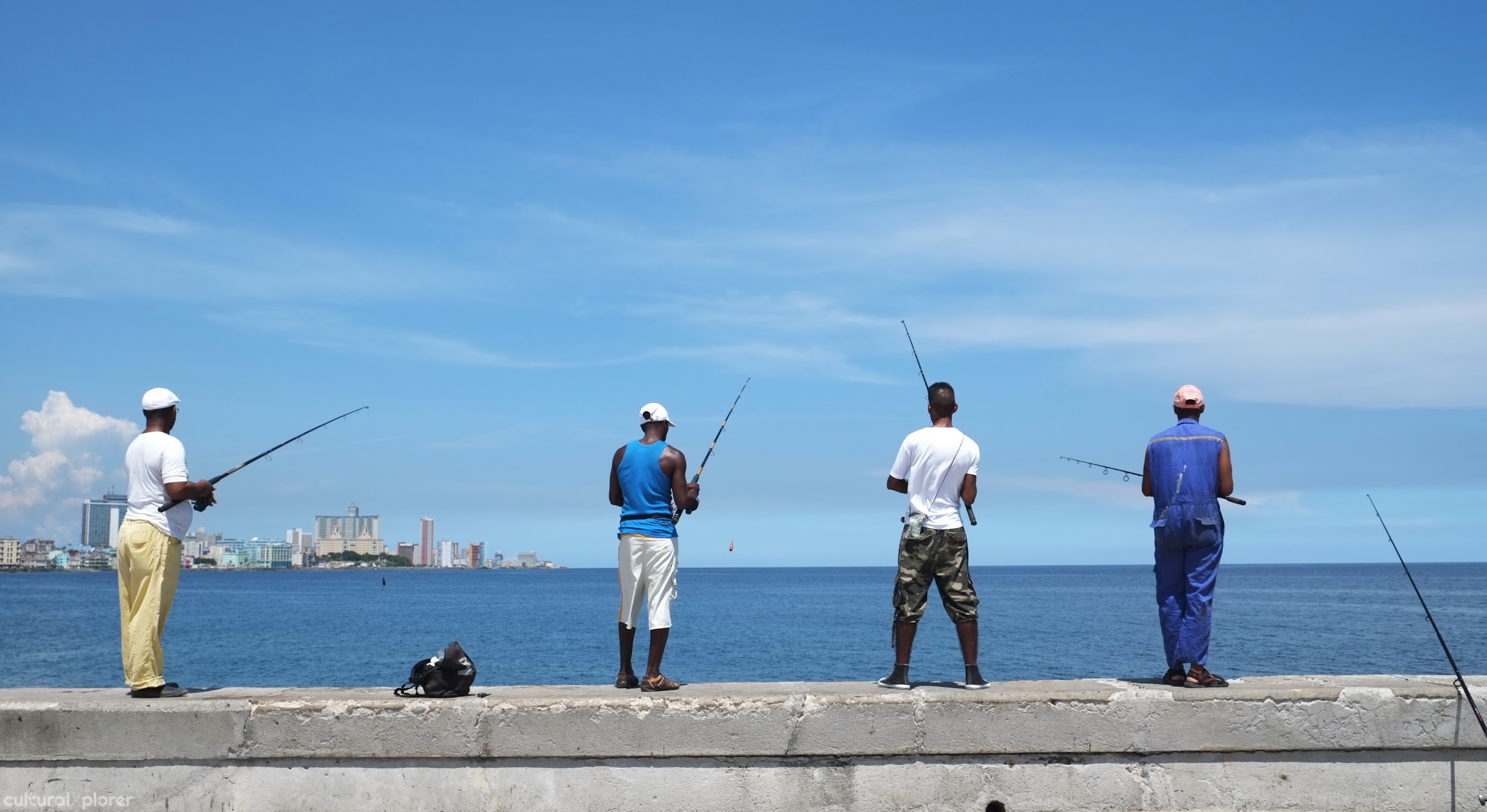 Everyday along the Malecón, you can witness fishermen casting their rods into the Havana Harbor, eager to catch fresh fish. If you approach the fisherman and ask politely while striking up a conversation with them, they may even let you try your hand at catching fish. As a person who has never fished a day in my life, I found the task to be a little challenging.

Learn about Cuba’s Perspective of the Revolution 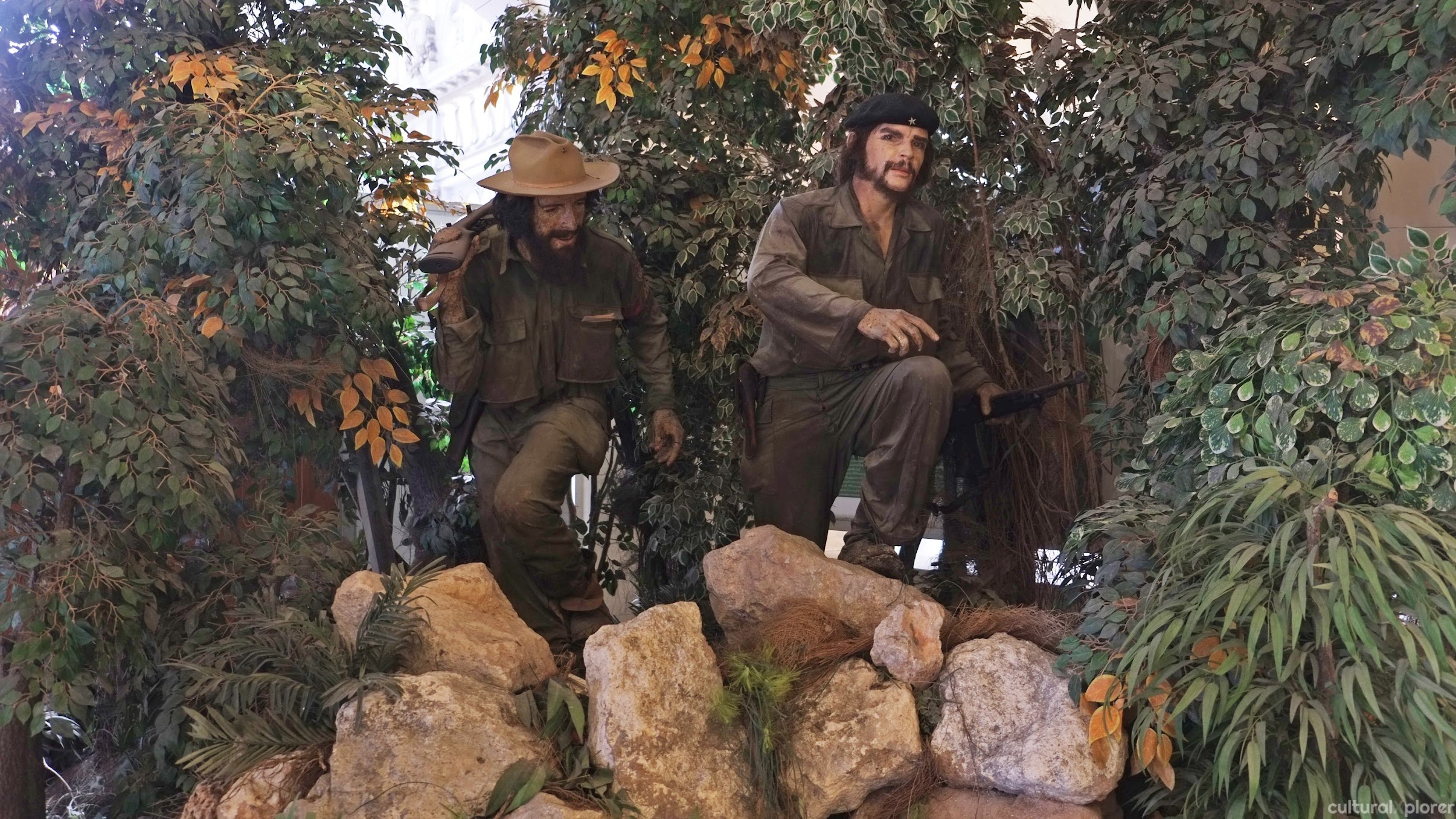 Fidel Castro and Che Guevara, leaders of the Revolution

Prior to visiting Cuba, I did not have a very deep understanding of the complicated history between America and Cuba, so when I visited Havana I decided to pay a visit to the Museo de la Revolución, a museum dedicated to telling the history of the Cuban Revolution from the Cuban perspective.

Built in the country’s former Presidential Palace, the Museo de la Revolución is comprised of two floors housed with information that details the history of Cuba’s pre-Colombian era to the present day socialist state. Admittedly, the building is full of a lot of socialist propaganda and most of the displays were in Spanish, so I could not fully comprehend everything, nevertheless, it was interesting to see the Cuban viewpoint of the conflicts that ensued during the revolutionary period.

Take A Stroll Along the Malecón 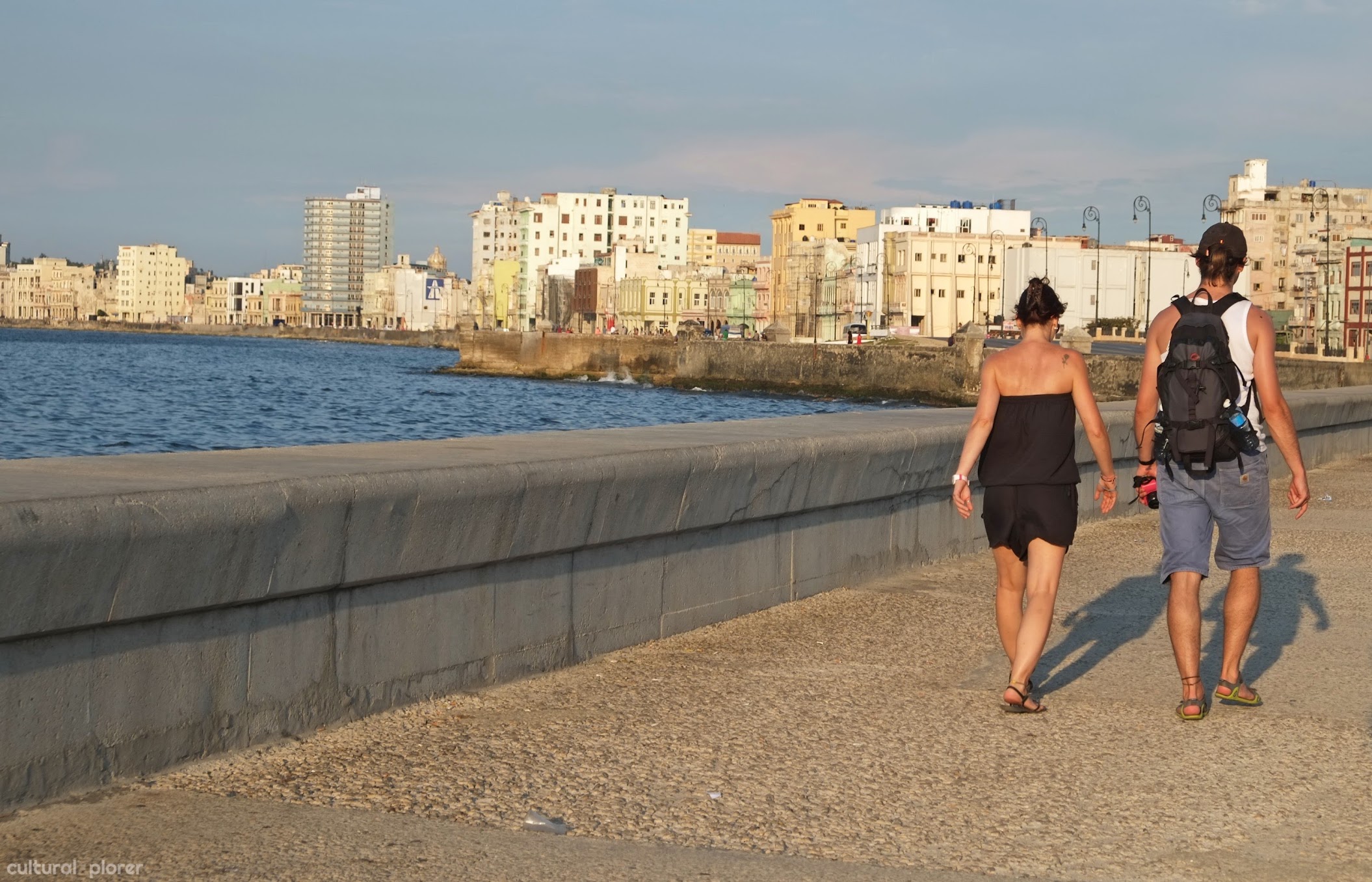 The Malecón is a six lane boulevard that stretches 8 kilometers along the coastline of Havana and is bordered by the Atlantic Ocean. In addition to fisherman, the Malecón is a great place to people watch, listen to performing artists, view modern art, and drink a beer with locals.

Enjoy a Meal with a Cuban Family 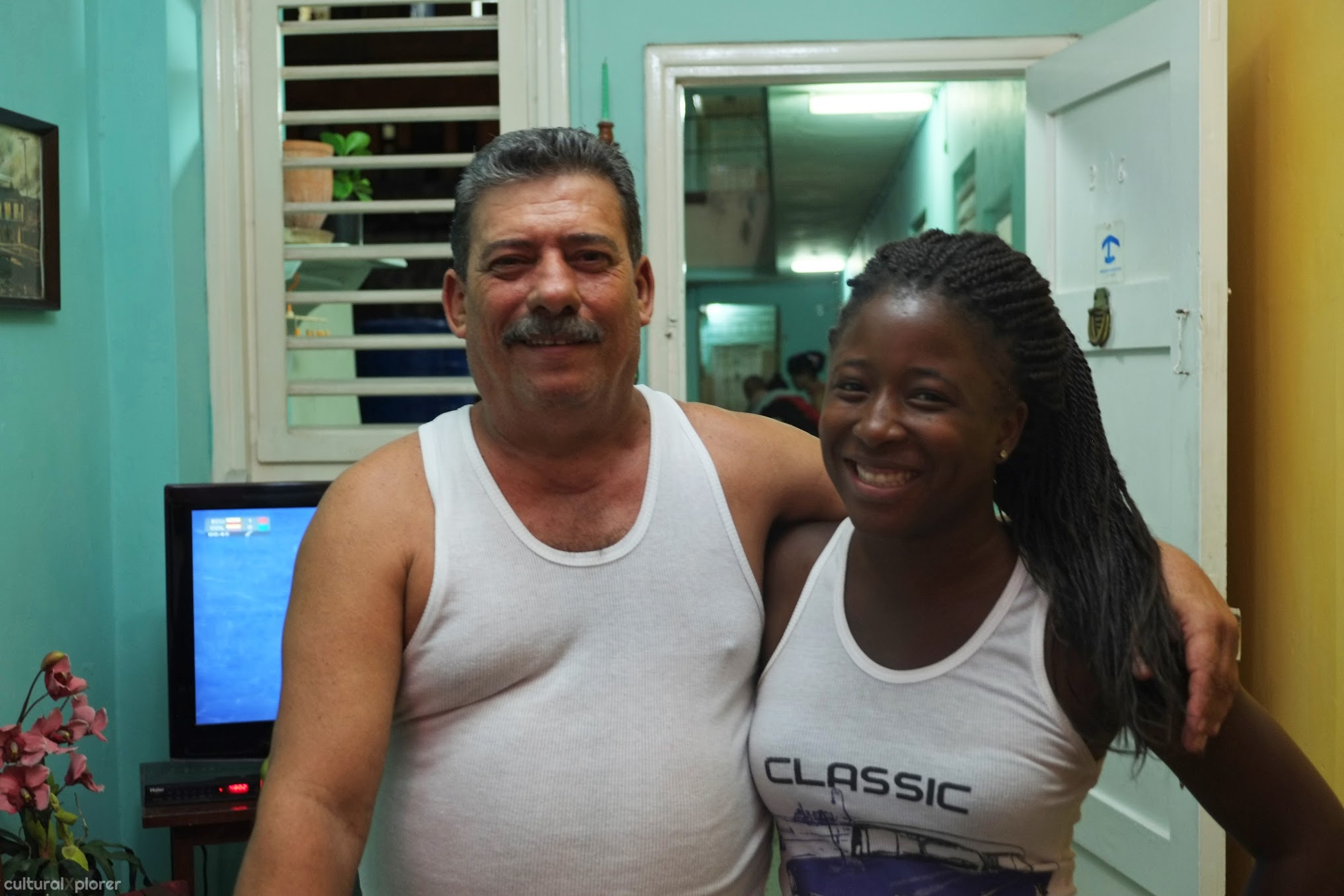 Choosing to stay in a casa particular during my trip to Havana was one of the best decisions that I could have made. Prior to arriving to the city, I booked a room on the website AirBnB and ended up staying with an absolutely wonderful host family.

The experience staying with them was more than just booking a room, but they treated me like I was their own daughter. On the night before I was due to leave Cuba, they prepared a large meal for me and I ate with my mother, father, their daughter, their son-in-law, and a friend of the family. 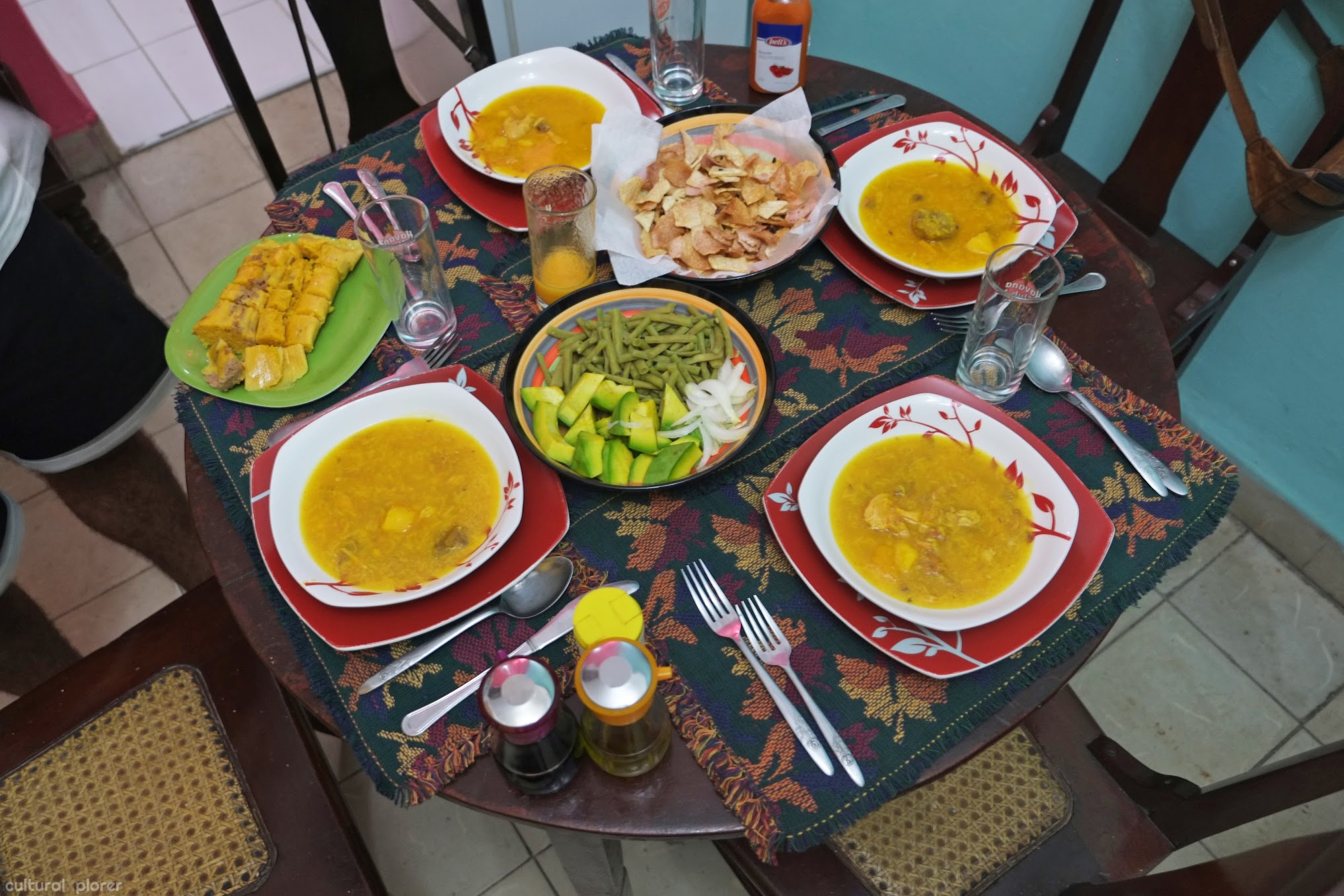 Dinner with my host family

A great way to eat with a Cuban family is either by staying at a casa or asking around to see if there are casas in your neighborhood that sell meals. 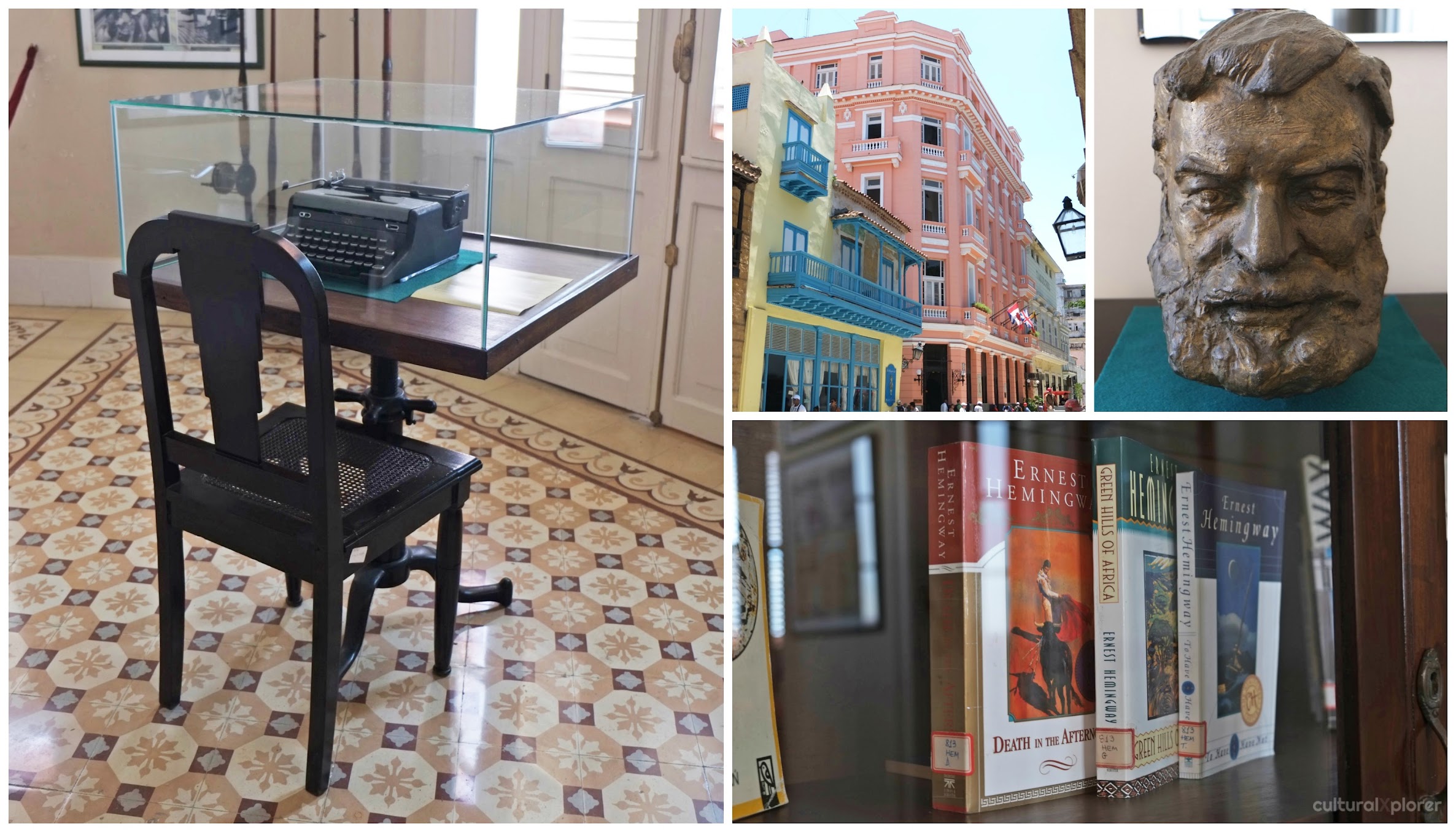 Did you know that Nobel Prize laureate and American author Ernest Hemingway spent a number of years residing in Cuba?

During the 1930s, Hemingway resided at Hotel Ambos Mundos, where he wrote three novels: Death in the Afternoon, Green Hills of Africa, and To Have, Have Not.  Today, Hemingway’s room has been transformed into a small museum where you can see all of his original artifacts including the typewriter that he wrote the novels on, and the bed that he slept on. 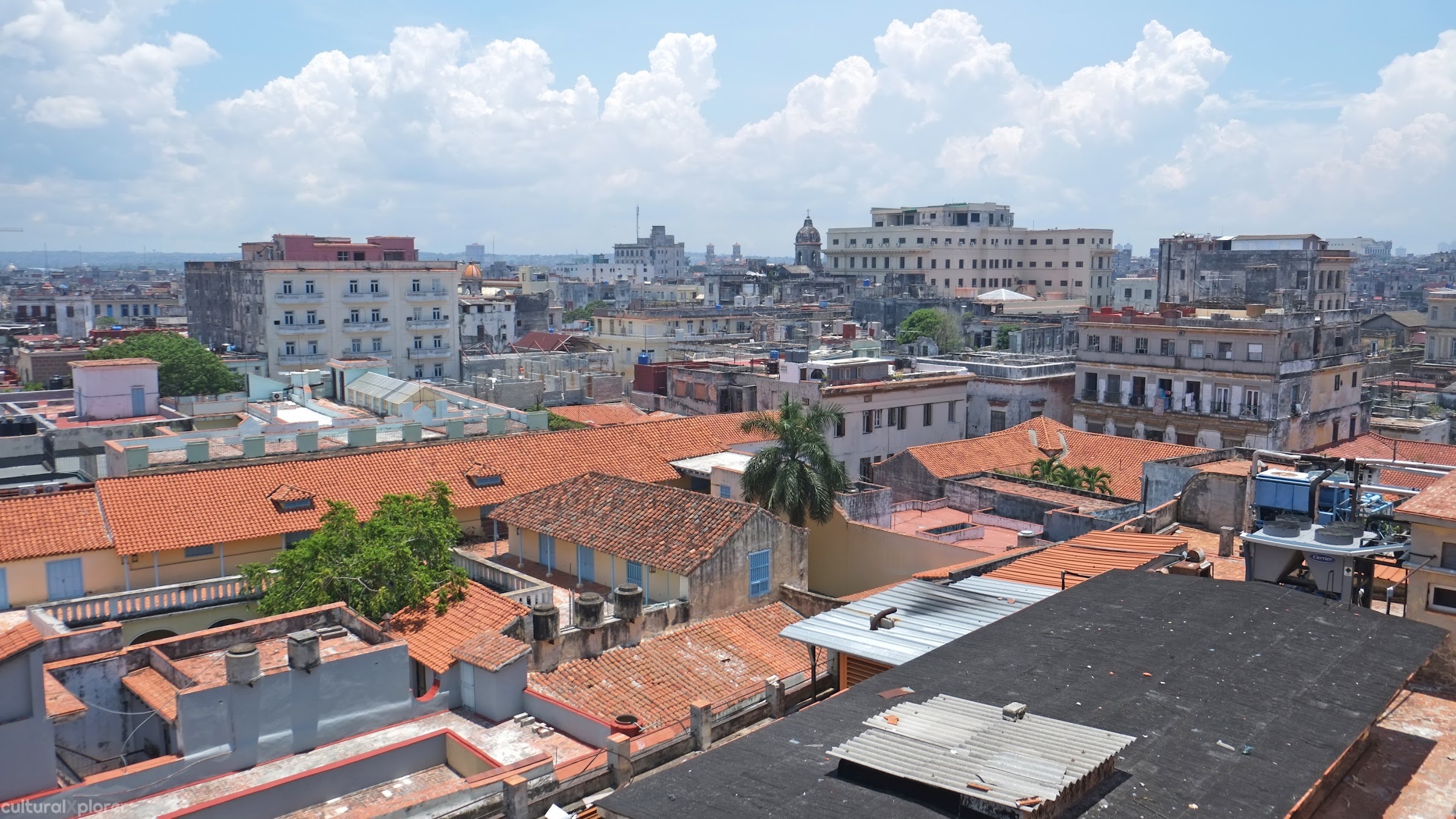 The view of Havana from the rooftop of Hotel Ambos Mundos

On the rooftop of the hotel at Restaurante Plaza de Armas, you can look out at the city of Havana while sipping on a mojito or enjoying a fresh bowl of ice cream. The view is quite stunning and is definitely worth paying a visit to.

Ride in a Vintage Cuban Taxi 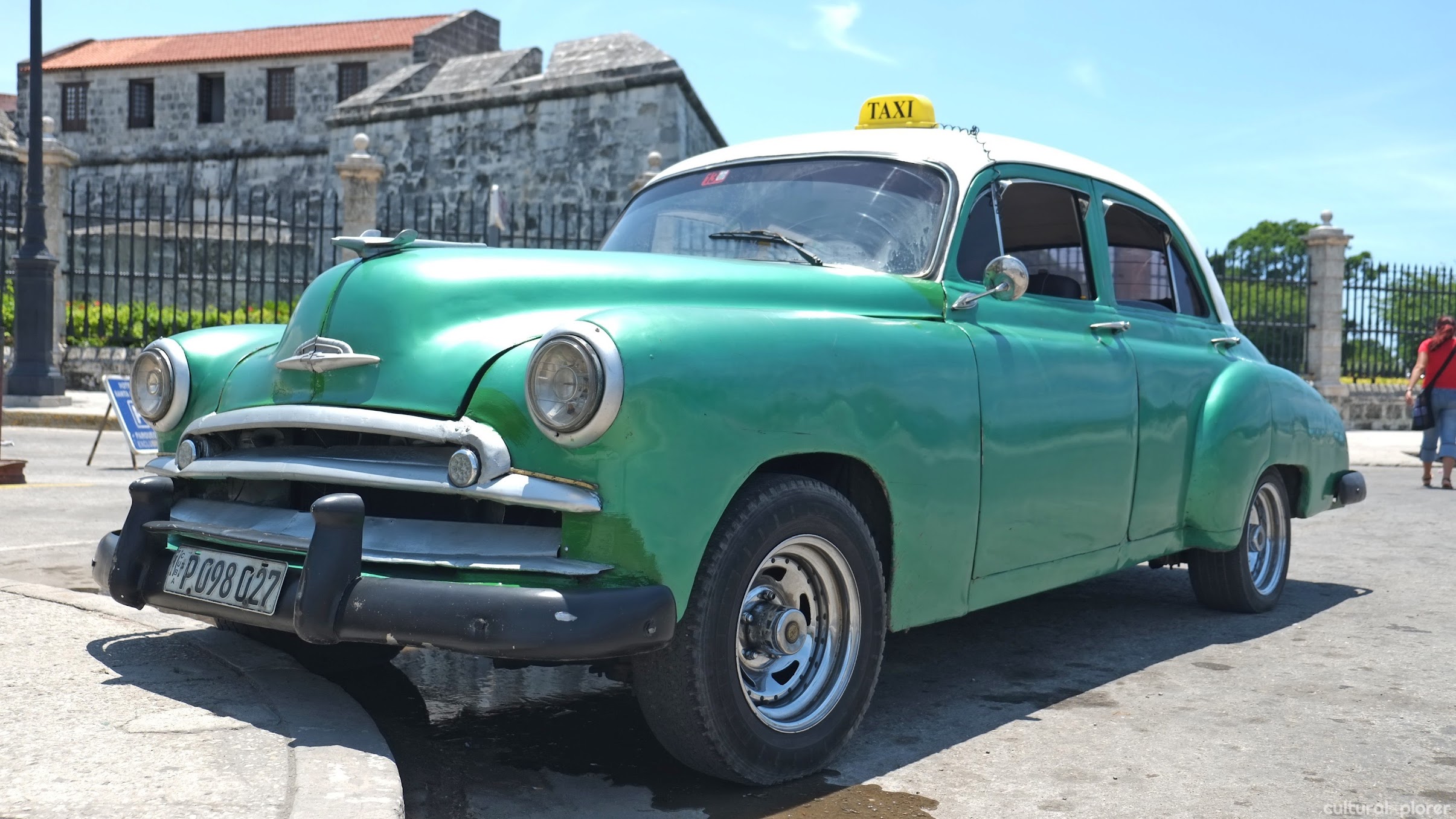 A trip to the city of Havana would be incomplete without riding in one of the many vintage taxis that drive around the city; it is truly an experience that is not to be missed! 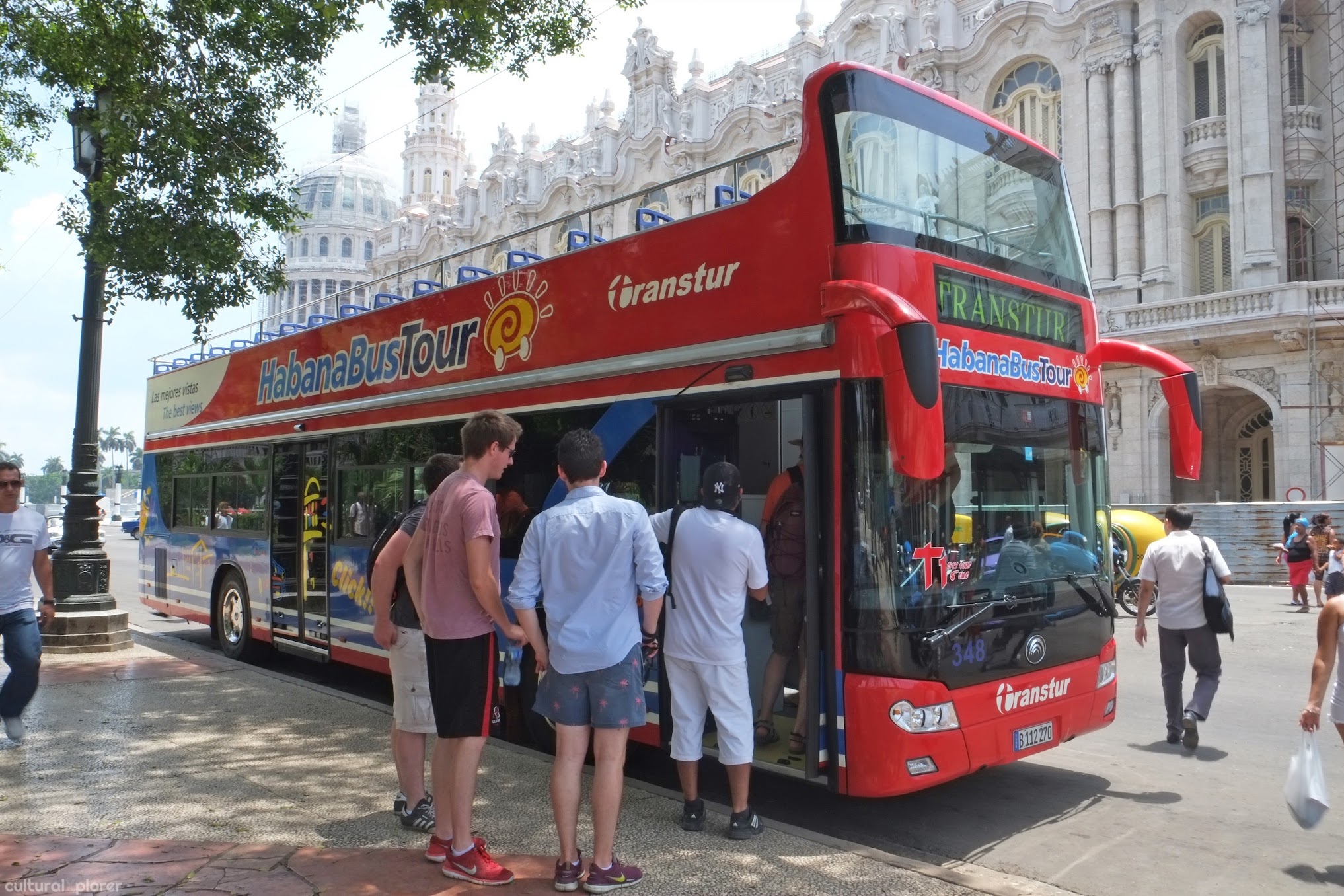 Make sure that when you hop off of the bus, you check to make sure that the bus will pickup in the same location (so you don’t get stranded like I did!) 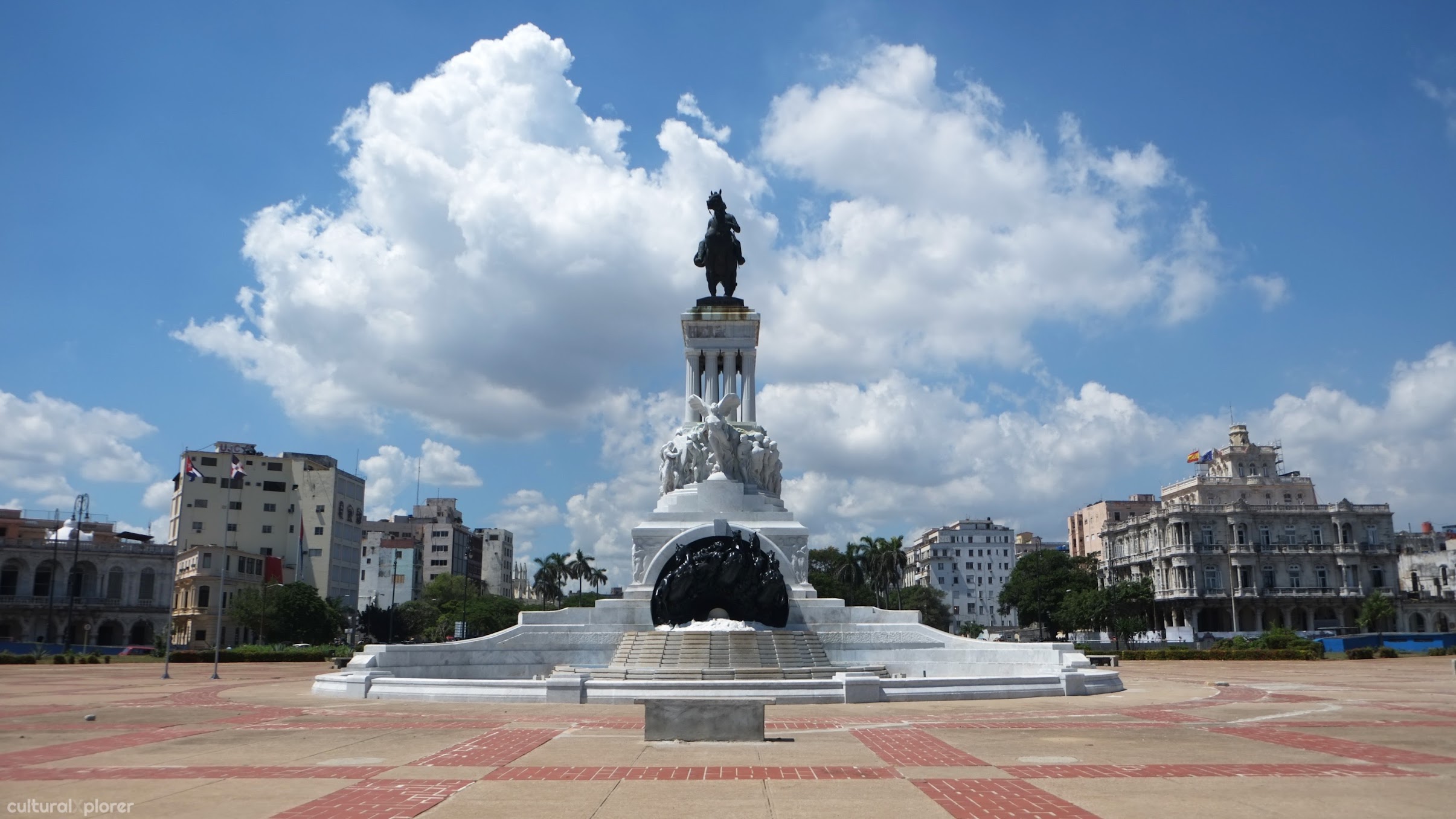 General Máximo Gómez is a famous Dominican army general war hero that served as Cuba’s military commander during the Cuba’s War of Independence (1895–1898) against Spain.

A giant statue of him riding a horse can be found facing the sea in Parque Martires del 71. It is said that there is an old man that lives inside of the statue and you may get lucky and get an opportunity to see him during your trip!

Looking for more suggestions of things to do during your trip to Havana? Check out the following articles:

Looking to explore Cuba outside of Havana? Check out Viñales, the home of Cuban cigars.

Have you ever been to Havana? What did you do there?