7 Great Places to Eat in Chicago 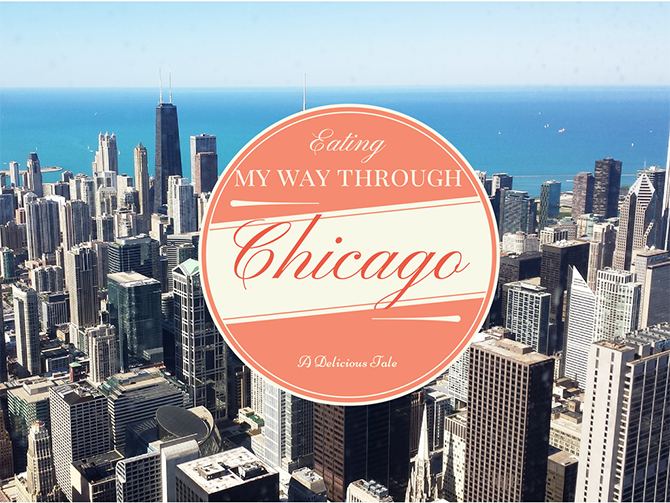 I had one mission when it came to the food in Chicago: to eat everything but the pizza. Don’t get me wrong, I LOVE pizza but I am not a fan of the Chicago deep-dish slice. Compared to the New York slice… well, let’s just say there is no comparison at all.

Since Chicago is known for being a city of neighborhoods representing different foods and people from around the world, I was eager to taste not only traditional ‘American’ foods, but multiple kinds of international foods as well. I decided to travel around the world in a city while eating my way through Chicago.

Several breakfast restaurants were suggested to me during my stay however I was only able to visit two of them. The first one was a Chicago chain restaurant called Yolk, which reminded me of an upscale IHOP. Yolk had a wide variety of foods and turkey sausage (for all my non-pork eating people out there).

♥ Yolk: Multiple locations – check out eatyolk.com for a location near you

Nookies Too, was recommended to me by the manager of the Villa d’Citta where I stayed during BlogHouse. Located in the Lincoln Park Neighborhood, the Chicago-based restaurant is a pretty popular place to go for breakfast or brunch. One thing that I loved about this restaurant outside of their food was how affordable it was.

One thing that I really love is a good Mexican dish and I was informed that the best Mexican food in Chicago could be found in the neighborhood of Pilsen. Originally settled by Irish and German immigrants, Pilsen is now a community primarily composed of people of Mexican descent.

Relying on my my Pilsen WikiTravel guide, I searched for a budget option that was highly rated, which led me to Tacos Palas. Although Tacos Palos is known for their tacos, I ordered and shared three different menu items to get a taste of all they had to offer: a burrito, a taco, and a torta (a food that I really enjoyed when I visited Mexico). The burrito was definitely my favorite part of the meal; the tender steak, vegetables, and sour cream created an explosion of flavor in my mouth that had me craving more.

I also had the opportunity to have a Mexican-style dinner at Mercadito in downtown Chicago thanks to the generosity of Gogo. In addition to their heavenly margaritas, Mercadito brought us plate after their large selection of savory tacos and guacamole that made my knees weak.

I am a HUGE lover of Greek food and when I found out that Chicago had a Greektown, I immediately knew that I would have to make a trip to the area to try some Greek food.

Conveniently located in downtown Chicago near the Loop, Chicago’s Greektown is famous for introducing gyros and saganaki to the United States, and is now host to many different traditional Greek activities and home to a lot of delicious Greek food.

With a number of different restaurants in Greektown, I wanted to make sure that I located and ate at one of the best. Turning to Yelp, I chose the most highly rated and reviewed restaurant on the list: Greek Islands Restaurant. I ordered Dolmades, Keftedes, Mousaka, and Chicken Riganati and I was extremely satisfied with the meal.

A friend of mine suggested meeting up for dinner at a new Thai restaurant in the Lincoln Park neighborhood of Chicago.

When I walked in I was shocked that all of the tables were empty and I feared that something might be wrong with the food. I was pleasantly surprised however to find that both the food and service were excellent. I ordered the Massaman curry, a dish that I unfortunately did not get a chance to try when I visited Thailand. 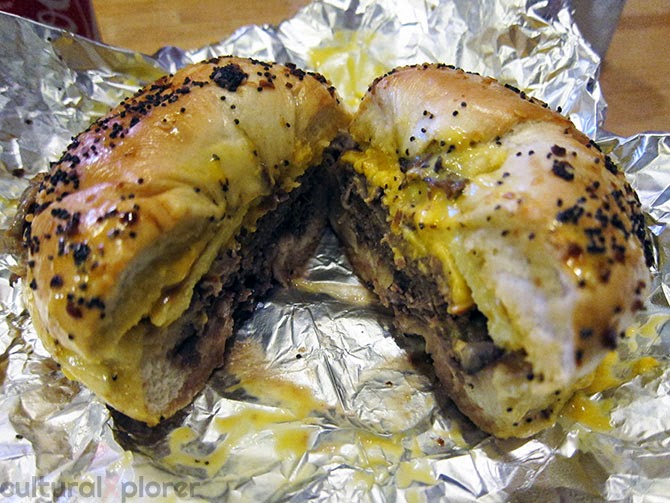 The Chicago Bagel Authority is the home of the Chicago steamed bagel sandwiches and is a Lincoln Park neighborhood favorite.

I ate the “Dank N’ Eggs”, an everything bagel containing scrambled eggs, roast beef, smoked cheddar cheese, American cheese, honey mustard, and salt & pepper. This delectable bagel melted on my tongue as I slid it into my mouth. In one word: it was divine.

♥ Chicago Bagel Authority: Multiple locations – check out eatcba.com for a location near you

There were a lot of other food options on my list that I was unable to try due to timing, such as Vietnamese food on Argyle Street, Indian & Pakistani food on Devon Avenue, Ethiopian food on Broadway, Chinese food in Chinatown, and Italian food in Little Italy.

I know that I will definitely have to return to Chicago in the near future to try out all of the foods that I missed this time around!

Where have you eaten in Chicago? Share your stories/recommendations!